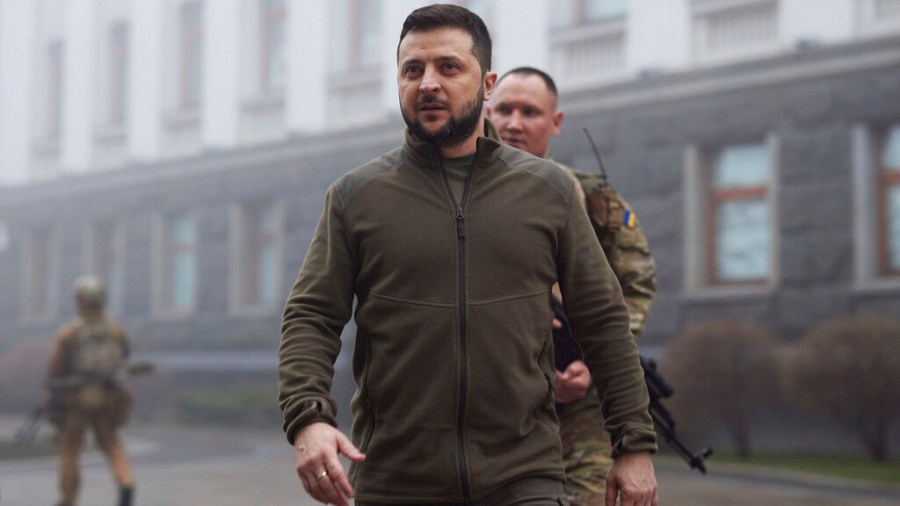 KYIV, Ukraine (AP) – Russian forces have launched airstrikes on a besieged steel plant in the southern city of Mariupol to try to oust the last Ukrainian troops stationed in the strategic port, Ukrainian officials said on Sunday, while President Volodymyr Zelenskyy said he would meet in Kiev with two top US officials.

Zelenskyy gave few details about the logistics in his planned talks with US Secretary of State Antony Blinken and US Secretary of Defense Lloyd Austin on what was the 60th day since Russia invaded Ukraine. But he told reporters he expected Americans to come up with “not just gifts or some kind of cake, we expect specific things and specific weapons.”

The visit would be the first in Ukraine’s capital of senior US officials since the invasion began on 24 February. While visiting Poland in March, Blinken briefly stepped into Ukrainian soil to meet with the country’s foreign minister. Zelensky’s last face-to-face meeting with a US leader was on February 19 in Munich with Vice President Kamala Harris.

The meeting was to take place as Ukrainians and Russians celebrated Orthodox Easter, an occasion that Zelenskyy highlighted the allegorical significance of for a nation plagued by nearly two months of war.

“The great holiday today gives us great hope and unshakable faith that light will overcome darkness, good will overcome evil, life will overcome death, and therefore Ukraine will certainly win!” he said, speaking on Sunday from the old St. Sophia Cathedral.

Russia has been trying to take Mariupol for almost two months, and the city on the Azov Sea has experienced some of the worst deprivation of war. Its conquest would deprive Ukraine of a vital port, release Russian troops to fight elsewhere, and establish a land corridor to the Crimean peninsula, which Moscow conquered in 2014.

About 2,000 soldiers have fought fiercely to hold on to the last remaining Ukrainian outpost in the city, the Azovstal steelworks, which also has civilians seeking refuge in its labyrinthine tunnel system.

Russian forces have continued to attack the facility and hit it with airstrikes, including with long-range aircraft, Oleksandr Shtupun, spokesman for the General Staff of the Ukrainian Armed Forces, said on Sunday.

Mariupol has been blocked for most of the war. Ukrainian officials have said they expect to find thousands of dead civilians and evidence of war crimes there when the fighting ends. Satellite images have shown what appear to be mass graves dug in cities west and east of Mariupol.

In the last day, Russia also pressed for its attacks elsewhere in the eastern Donbas region, where Moscow-backed separatists controlled some territory before the war, and the Russians aim to gain full control of Ukraine’s eastern industrial heartland.

Shtupun said Russian forces intensified their offensive operations against the cities of Popasna and Siverodonetsk in Luhansk and Kurakhiv in Donetsk. Luhansk regional governor Serhiy Haidai said on Sunday that eight people were killed and two others wounded in a Russian barrage on Saturday.

The Russians have also shelled the Dnipro region west of the Donbas, where at least one person was killed by a Russian missile, according to Regional Governor Valentyn Reznichenko.

Russia has withdrawn forces from Kyiv and the north of the country to take the Donbas offensive, but the British Ministry of Defense said on Sunday that Ukrainian forces had repulsed several attacks in the past week.

“Despite the fact that Russia has achieved some territorial gains, Ukrainian resistance has been strong across all axes and inflicted significant costs on Russian forces,” the ministry said in an intelligence update.

“Poor Russian morale and limited time to reconstruct, re-equip and reorganize forces from previous offensives are likely an obstacle to Russian combat efficiency,” it said.

In attacks on the eve of the Orthodox Easter, Russian forces beat cities and towns in southern and eastern Ukraine. A 3-month-old baby was among eight people killed when Russia fired cruise missiles at the Black Sea port city of Odesa, officials said. Zelenskyy said another 18 were injured.

“The war started when this baby was a month old. Can you imagine what happens?” said Zelenskyy. “They’re just bastards. I have no other word for it, just bastards.”

The Ukrainian military said on Saturday it had destroyed a Russian command post in Kherson, a southern city that had fallen to Russian forces early in the war.

The command post was hit on Friday, killing two generals and seriously injuring another, the Ukrainian military intelligence said in a statement. The Russian military did not comment on the claim, which could not be confirmed.

If true, at least nine Russian generals have been killed since the beginning of the invasion, according to Ukrainian reports.

On Saturday, the Azov Regiment of Ukraine’s National Guard, which has members of the Mariupol steelworks, released a video of about two dozen women and children housed there. Its content could not be independently verified, but if it is authentic, it would be the first video evidence of what life has been like for civilians trapped underground there.

The video shows soldiers giving candy to children who respond with fist blows. A young girl said she and her relatives had “neither seen the sky nor the sun” since leaving home on February 27.

The regiment’s deputy commander, Sviatoslav Palamar, told the AP that the video was recorded on Thursday. The Azov Regiment has its roots in the Azov Battalion, which was formed by right-wing extremist activists in 2014 at the start of the separatist conflict in eastern Ukraine and has drawn criticism for some of its tactics.

More than 100,000 people – down from a pre-war population of around 430,000 – are believed to be staying in Mariupol with little food, water or heat. Ukrainian authorities estimate that more than 20,000 civilians have been killed in the city.

Another attempt to evacuate women, children and elderly adults from Mariupol failed on Saturday. Petro Andryushchenko, an adviser to Mariupol’s mayor, said Russian forces did not allow Ukrainian-organized buses to take residents to Zaporizhzhia, a city 227 kilometers (141 miles) northwest. 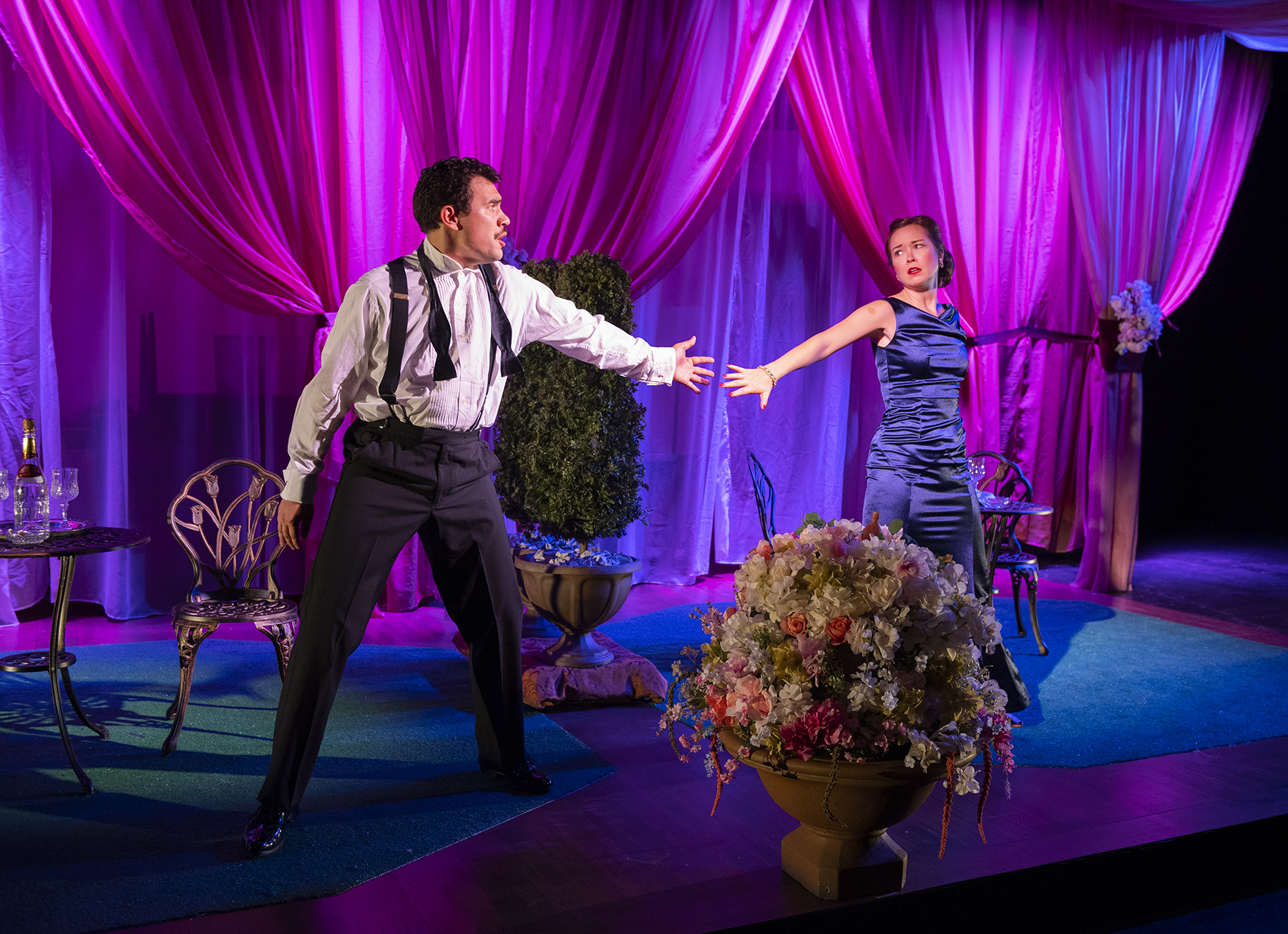