At the headquarters of the Egyptian Cabinet and in the presence of Prime Minister Mostafa Madbouly, the first memorandum of understanding was signed between the General Authority of the Suez Canal Economic Zone, Egypt’s Sovereign Fund, the Egyptian Electricity Transmission Company, the New and Renewable Energy Authority, and the UAE’s Abu Dhabi Future Energy Company. “, one of the world’s leading companies in renewable energy, and Hassan Allam Utilities, the investment and development division of Hassan Allam Holding Group.

The memorandum was signed by the president of the General Authority of the Suez Canal Economic Zone, engineer Yahya Zaki, and CEO of the Egyptian Sovereign Fund, Ayman Soliman, and engineer Sabah Mashali, chairman of the board of Egypt. Electricity Transmission Company, Dr. CEO of the UAE company “Masdar”, and Eng. Amr Allam, CEO of “Hassan Allam Holding Company”.

The second memorandum of understanding was signed between the Egyptian Sovereign Fund, the Egyptian Electricity Transmission Company, the New and Renewable Energy Authority, the Abu Dhabi Future Energy Company “Masdar” in the United Arab Emirates and the Hassan Allam Utilities Company.

The signing of the two memoranda of understanding was attended by Dr. Sultan bin Ahmed Al Jaber, Minister of Industry and Advanced Technology of the UAE, UAE Special Envoy for Climate Change, Chairman of the Board of “Masdar”, Dr. Muhammad Shaker, Minister of Electricity and Renewable Energy, and Dr. Hala Al Saeed, Minister of Planning and Economic Development, Chairman of the Board of the Egyptian Sovereign Fund, Maryam Al Kaabi, Ambassador to the United Arab Emirates in Cairo, Mohamed El Sewedy, CEO of Abu Dhabi Holding Company, Omar El Sewedy, Deputy Secretary of UAE Ministry of Industry and Advanced Technology, and Eng. Hassan Allam, Co-CEO of Hassan Allam Holding.

Under the two memoranda of understanding, Masdar and Hassan Allam Utilities will form a strategic coalition seeking to develop green hydrogen production facilities in the Suez Canal’s economic zone and on the Mediterranean coast, in various phases extending until 2030, to produce up to 480,000 tons of green annually through electrolysers with a capacity of 4 gigawatts.

On the sidelines of the signing, the Prime Minister expressed his “happiness with this signature with the brothers of the United Arab Emirates,” referring to the directives of President Abdel Fattah Al-Sisi, President of the Republic, to strengthen and consolidate relations between the UAE in various sectors in a way that contributes to the interests of the two fraternal peoples. .

In this context, Mostafa Madbouly emphasized that the state is working to promote investment in green energy projects, thanks to Egypt’s potential that qualifies it to become an important central and regional center in this vital area, which is expected to change shape. of the global energy system in the next phase. It would also speed up the energy conversion process in the region.

On the occasion of this signing, Dr. Sultan bin Ahmed Al Jaber that “through the vision and directives of the wise leadership of the United Arab Emirates, we always seek to strengthen relations and fraternal ties with the sister Arab Republic of Egypt, and we are pleased to conclude these agreements, which flow into this direction and focuses on exploring the possibilities of producing green hydrogen.

The Minister said: “The United Arab Emirates is one of the world’s leading nations in building capacity to take advantage of the potential of green hydrogen and we will work through Masdar to leverage our expertise in this area to support the development of this ambitious project, which we look forward to working with our partners in the sister city of the Arab Republic of Egypt. To improve our capabilities to deliver CO2-neutral and commercially viable solutions in the energy sector. “

Sultan bin Ahmed Al Jaber added that “in view of the readiness of the two countries to host the next two sessions of the Conference of the Parties (COP 27 and 28), we look forward to working with our partners to make tangible progress in this area. of energy conversion, which will bring significant benefits to both economic growth and business. “

Dr. Mohamed Shaker, Minister for Electricity and Renewable Energy, emphasized that the signing of the two memoranda of understanding today supports Egypt’s vision to expand renewable and clean energy projects, and pointed out that the national strategy is currently being revised. for energy mix to include green hydrogen, in preparation for the launch in the coming period.

Minister of Planning and Economic Development Hala Al-Saeed, for his part, pointed out that Egypt has abundant resources of solar and wind energy, which would provide an appropriate basis for renewable energy projects at a competitive price, in addition to its proximity to global markets that want to import green hydrogen. It allows for significant growth for this sector in the future, and the agreements are in line with “Egypt Vision 2030” and its strategy for sustainable development.

For his part, engineer Yahya Zaki, head of the General Authority for the Economic Zone of the Suez Canal, confirmed that today’s signature is the fifth of its kind for green fuel production projects inside Sokhna due to the region’s characteristics, distinctive location and central ports overlooking the Red Bahrain and the Mediterranean, qualifying it as a Regional Ship Supply Center, all the advanced companies carry out detailed feasibility studies for the projects to sign and announce the actual contracts of Egypt’s host of the 27th Conference of the Participating States in the UN Framework Convention on Climate Change COP27.

Ayman Soliman, CEO of the Sovereign Fund of Egypt, said: “Through this project, we are expanding into green hydrogen projects in Egypt, bringing us closer to our goal of developing groundbreaking projects in green energy as planned under the umbrella of joint cooperation between the ministry for electricity and the economic zone of the Suez Canal.We are pleased to partner with Masdar and Hassan Allam as our joint efforts reflect our commitment to creating added value through sustainable innovative projects.With such partnerships with global developers specializing in In this area, we will be able to transform Egypt into a regional center of Green Energy.

Mohamed Jamil Al Ramahi, CEO of Masdar, said: “These agreements represent an advanced step in the development of the green hydrogen economy for both the UAE and the Arab Republic of Egypt and will also play an important role in the efforts of the two countries. “Achieving CO2 neutrality. Our collaboration with strategic partners such as the Hassan Allam Utilities Company will help realize the green hydrogen market to its full potential and promote global energy conversion in the years to come.”

Engineer Amr Allam, CEO of Hassan Allam Company, said: “Since entering the green energy and sustainable infrastructure sector, which includes solar energy and wind energy production, we have sought to help build a sustainable future. what brings us together with Masdar is to use the latest technologies to take advantage of the abundance of green energy sources in Egypt. “

Allam added: “In the first phase of the project, Hassan Allam Utilities and Masdar aim to establish a green hydrogen production plant, which will be operational by 2026. The plant will produce 100,000 tonnes of green methanol annually to supply vessels to the canal.” Suez, and the factories for the production of electrolysers will be expanded within the economic zone of the Suez Canal and on the Mediterranean coast to provide a production capacity of 4 gigawatts by 2030 to produce 2.3 million tonnes of green ammonia for export, as well as to supply local industries with green hydrogen.

The two companies consider Egypt as a center for green hydrogen production, a market for refueling and exports to Europe, in addition to boosting local industry.

The two agreements will help consolidate the strategic partnership between Egypt and the United Arab Emirates in the field of clean and renewable energy and green hydrogen and are in line with the CO2 emission reduction agenda, especially in the light of the two countries’ preparations to host COP27 and COP28. the conferences. 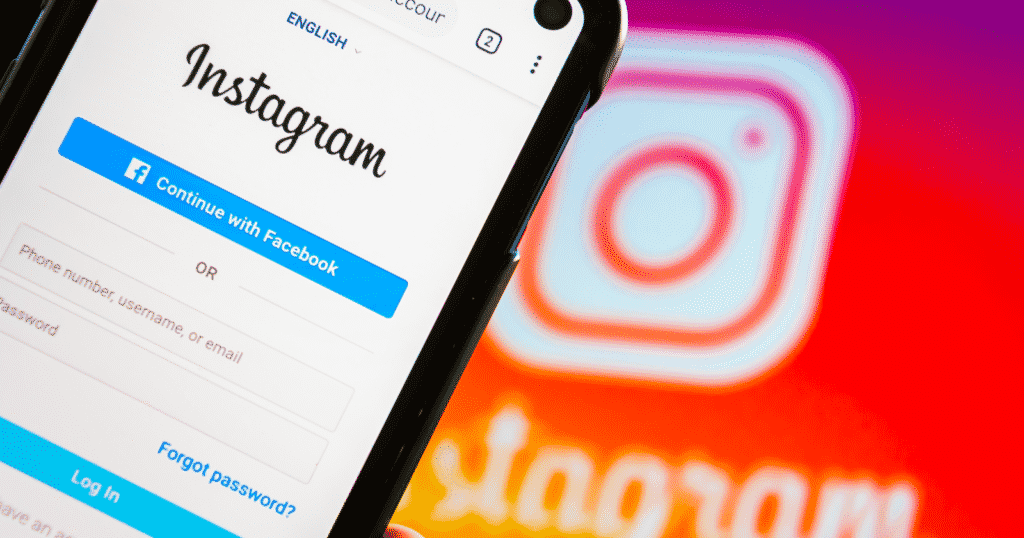 8 Reasons Why You Should Use MegaFamous in 2022 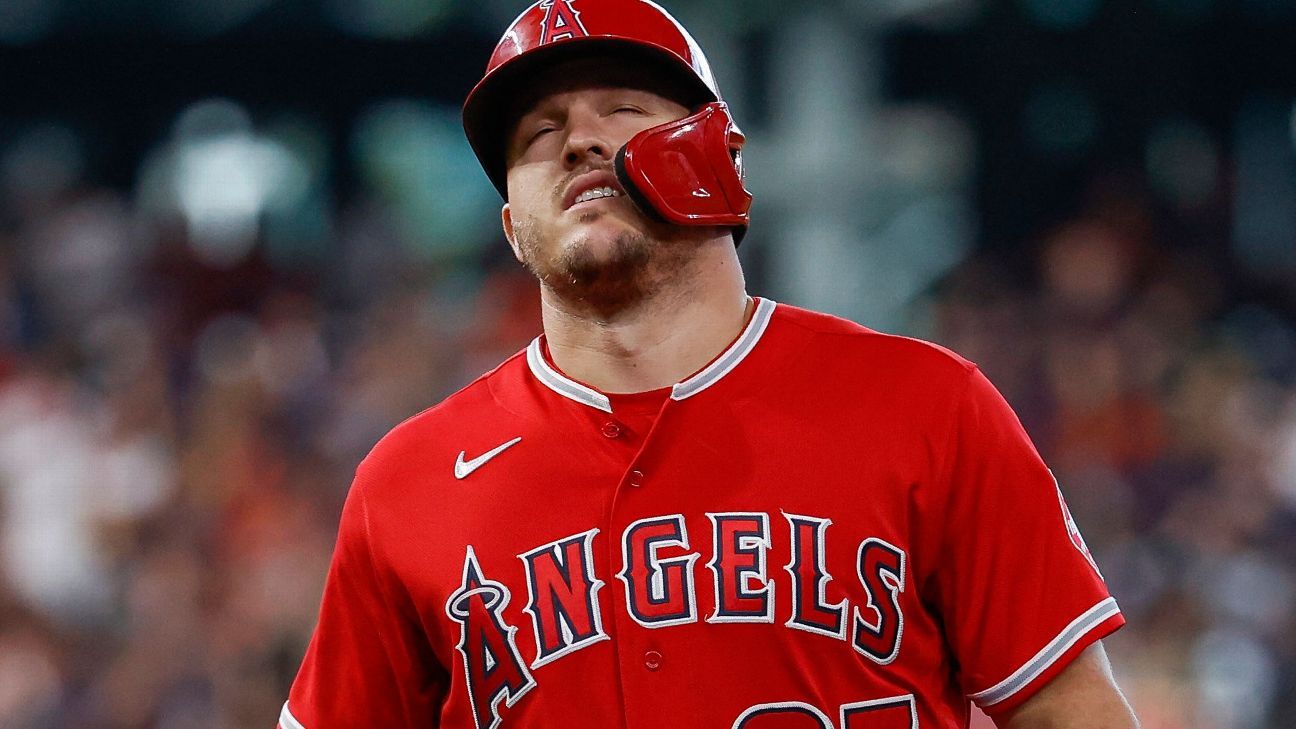 ‘It’s not where we want to be’ – Angels slugger Mike Trout laments ‘frustrating’ season, eager to build for next year