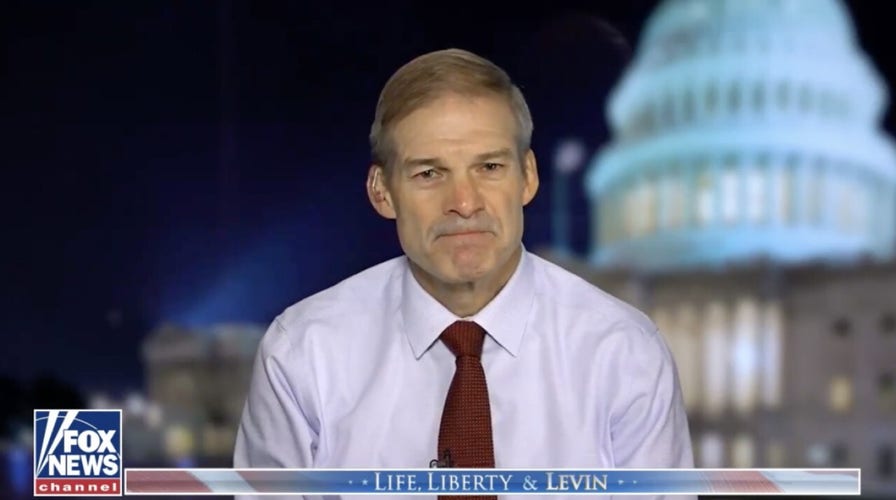 Rep. Jim Jordan, R-Ohio, sounds off on alleged collusion between the National School Boards Association and the White House and Justice Department on ‘Life, Liberty & Levin.’

Rep. Jim Jordan, R-Ohio, revealed the “terrible things” that President Biden’s White House and Justice Department may have engaged in to target parents of school children on “Life, Liberty & Levin.”

In September 2021, the National School Boards Association sent a letter to Biden comparing alleged threats from parents concerned about critical race theory to domestic terrorism. It read, in part, that “the classification of these heinous acts could amount to a form of domestic terrorism and hate crimes.”

Jordan asked if the White House and Justice Department knew the letter would contain the directive to weaponize the Patriot Act against parents.

“[I]f your White House and our Department of Justice, which we pay for – if they encourage a left-wing political group to write them a letter as an excuse to go after parents, to go after mothers and fathers who are simply trying to do what that’s best for their children’s education — if you encourage that, if you put that in the letter, that’s scary stuff.”

Jordan said an unidentified Justice Department official decided, “When we go to this pastor’s house, we’re not going to call him and have him meet us somewhere. We’re going to his house with 20 agents, guns drawn, kicking his door and do it in front of his wife and children.”

“Someone made that decision. Who was it?”

The Ohio congressman called for holding responsible parties accountable and — “most importantly” — changing how the Justice Department operates.

He recommended the department focus on equal treatment under the law and law enforcement rather than treating Americans and parents like terrorists.

Graham Colton is an associate editor for Fox News Digital. Story tips can be sent to graham.colton@fox.com and on Twitter: @GrahamGColton.