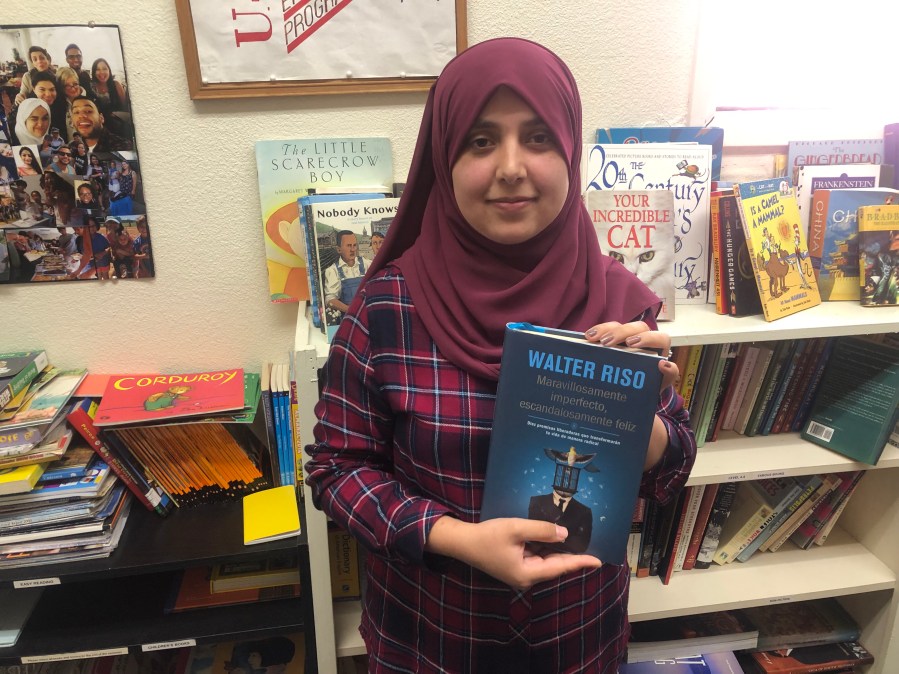 AUSTIN (KXAN) — It has been seven months since Elizabeth Arhunova went from being a tourist visiting Austin to being a refugee.

In February, Russian military forces overtook her hometown in Ukraine. She is one of several refugees living in Austin who were forced to flee their homes.

Many are dealing with difficulties caused by the language barrier.

“If you can’t explain yourself and you can’t understand what the person in front of you is trying to tell you, you’re stuck,” Arhunova said.

Blair Bourassa is the Vice President and ESL Academic Director at the HOFT Institute.

“Most of them don’t have a social security number yet,” he said. “They’re in limbo, they don’t speak English, and Austin is an expensive city.”

The HOFT Institute collaborates with several different organizations to offer scholarships to Ukrainian and Afghan refugees.

These free English lessons are for refugees aged 16 and over and help them become proficient enough to be employed.

“Language is key to everything when you’re in a new country,” Bourassa said.

Fariha Mohammadi is a refugee from Afghanistan who has lived in Austin for over a year.

“I enjoy my lessons with classmates from different countries,” she said.

Mohammadi believes that hard work in the classroom will eventually lead to a better life in her new home.

“Keep learning English steadily, slowly, and life will get better.”

Arhunova also shares a similar mindset about her future in Austin.

“Soon I’ll get a job, buy a car and be more independent, but for now I feel like you need help,” she concluded.

Right now, there are nine refugees from Ukraine – Mohammadi is the only Afghan refugee – participating in this scholarship-based program.

The HOFT Institute also supplies textbooks and computers to their students in need.