Dubai, United Arab Emirates (CNN) – Before the outbreak of the Corona virus, Russian photographer Sergei Ponomarev spent only 60 days a year in his home country, traveling for the remaining 300 days.

One of the most important events of the twenty-first century, the pandemic, happened when it was in his hometown, the Russian capital, Moscow.

“I think it was a historic moment that we can compare to Chernobyl or the events of 9/11,” Ponomarev told CNN in Arabic, adding, “The pandemic changed the lives of all the planet’s inhabitants.”

Ponomarev recalls that during the first pandemic lockdown, journalists were able to move freely in Moscow.

At the time, the majority of photographers were trying to reach the “Covid-19” wards of hospitals, where frontline doctors fought against this invisible enemy to save patients’ lives, according to Ponomarev, who decided to monitor the ghost of “Covid-19” on a Another way.

Ponomarev, best known for his work covering wars and conflicts in the Middle East, as well as the migrant crisis in Europe, explains that he always documents drama that is reflected in the eyes of his characters, but this time … was none.

For Ponomarev, the pandemic has revealed the weaknesses of humanity, removed the lid on accumulated problems, forced us to rethink our values, and brought life to a standstill as we knew it.

The empty streets of all the cities of the world have become a visual metaphor for everything we have been through since the spring of 2020, Ponomarev said, explaining: “Moscow is a megacity of 20 million people, a melting pot comparable to London. Or Rome, a city that never sleeps and suffocates due to traffic jams.

In his photographs of the empty streets of Moscow, it is uncommon to see clear traffic lines without cars or pedestrians.

Every day, Ponomarev walked 10 to 20 kilometers around his hometown, getting to know its “real inhabitants,” as he put it, from buildings and monuments to parks and intersections.

Every day, Ponomarev discovered his hometown in a new way, adding, “It’s a great feeling when you see things you’ve not noticed before.”

It is possible to look at the details of the buildings, to understand how architects from old buildings draw inspiration to create new ones, to see how monuments interact with each other and to understand the network of invisible details that gives Moscow its advantage according to. Ponomarev.

According to Ponomarev, our attention is always focused on the things that move our daily lives, such as cars and people.

But in his series, “Moscow The Great Void,” these motifs observed the most recent dramatic event in our world.

“When I stopped, I looked around and tried to notice the complete emptiness, and I knew this series was going to contain panoramas that would confirm the feeling I had,” Ponomarev recalls.

So in a way, this project was “rebellious” for the Russian photographer.

During his adventures in the empty city, Ponomarev would remind himself of events that had taken place in these places before, such as the fact that Nikolskaya Street was the main party street for all fans during the 2018 World Cup, but it seemed full of ghosts. .

He also photographed the Red Square, which is famous for showing off Russia’s military power with tanks and nuclear missile launchers rolling along the old fortress, but on D-Day it remained empty, despite the fact that only helicopters and jet fighters hovered overhead, while the citizens sat in their homes.

Moscow’s landmark and soul, the monument to the beloved Russian poet Alexander Pushkin, stood alone in complete emptiness during the pandemic.

Ponomarev admits that he was afraid of this invisible and unknown enemy at the time. “I had the same fear of millions of people: fear of infection, fear of my relatives, fear that nothing is the same.”

He continued, “Sometimes I just wanted to lock myself in at home and stay in bed, but this project helped me overcome it.”

“During that time in Moscow, I walked alone, and as I plunged into the emptiness and silence of granite, metal, wood, and brick, I felt the eternity and fragility of living in Moscow.”

Ponomarev believes that the city of Moscow will remain after the departure of its inhabitants, but it is they who can preserve or destroy the heritage, as he put it.

The “Great Void” and the beauty of the Russian capital remain prominent in Ponomarev’s series, which suggests that everyone can fill the void with their own meanings, stories, memories and hopes.

It is worth noting that the Russian photographer presented his series “Moscow, the great void” during the activities of the sixth edition of the international photography festival “Exposure” in the Emirate of Sharjah last February. 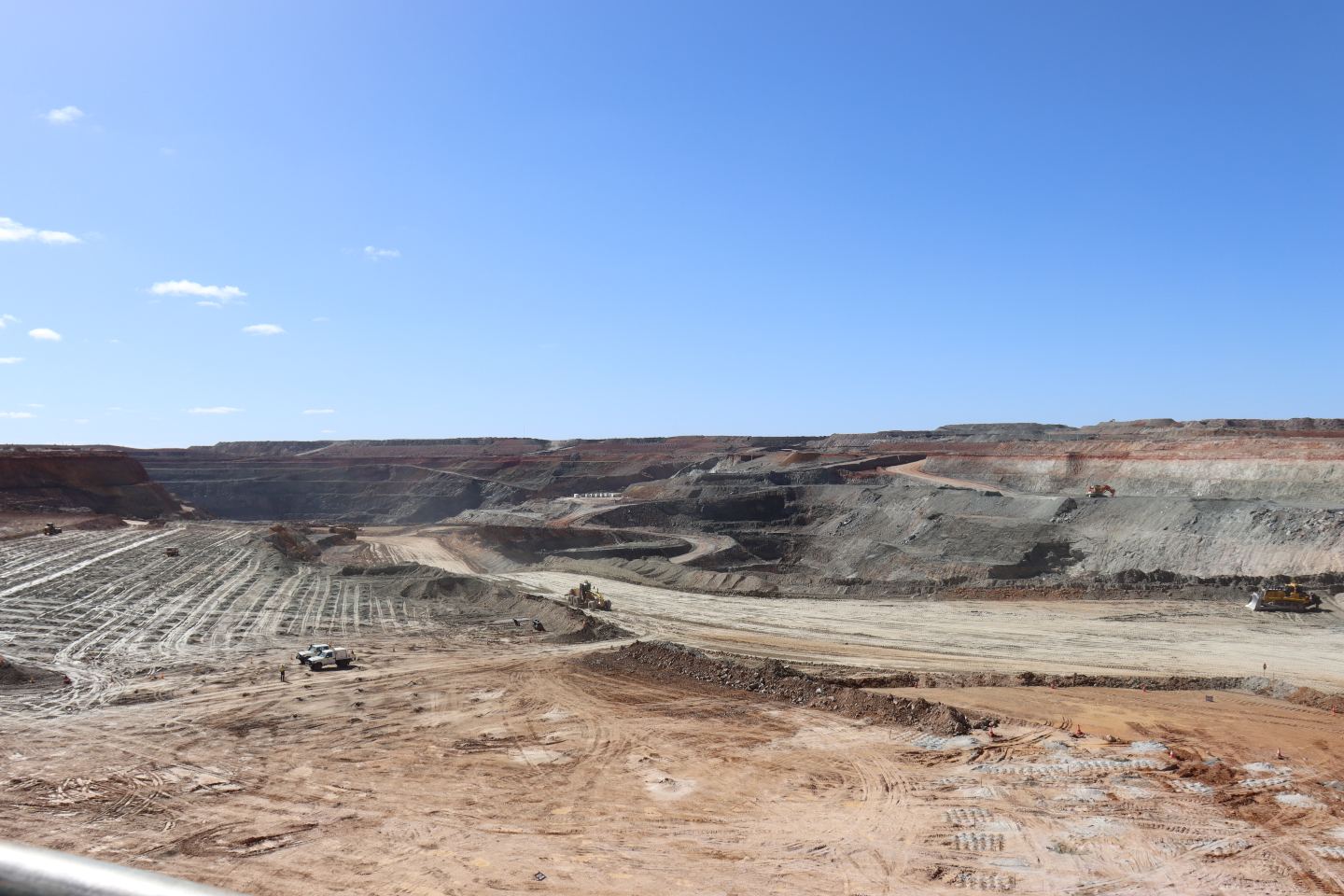