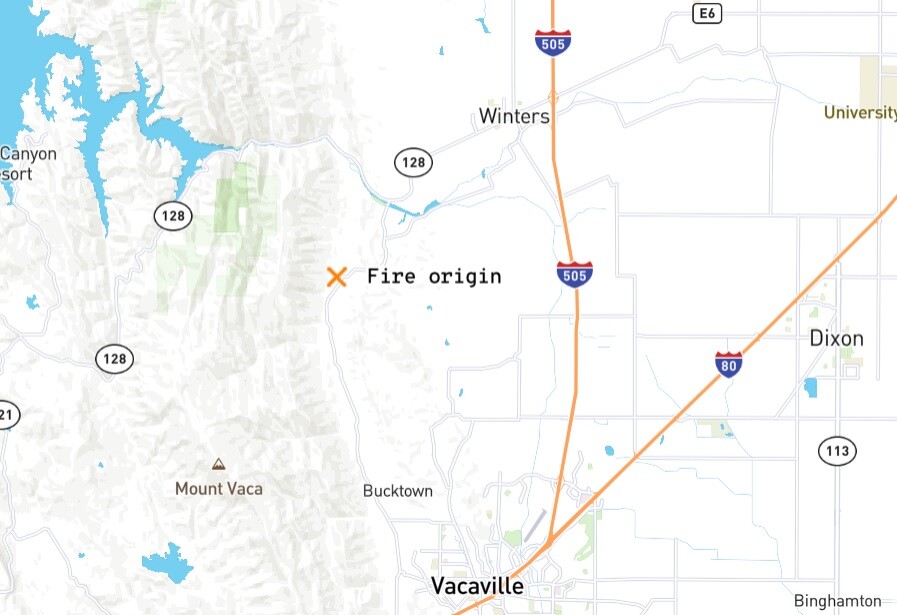 Evacuation was ordered in the Vacaville area of ​​northern California for several hours Saturday as firefighters battled to contain a fire that broke out earlier in the afternoon.

The quail fire had burned at least 150 acres in mountainous terrain and grassy lands by evening. It had begun moving toward home when the order was issued by Solano County emergency officials, according to Cal Fire. One county official estimated that there were fewer than 100 homes in the evacuation zone.

The order was revoked at 20.20. There were no reports of damage or damaged structures, officials said.

The cause of the fire was under investigation. It started around noon. 15.15 and remained out of control about three hours later. At 7.15pm, the fire was 45% under control, officials said.

The order applied to homes on Quail Canyon Road, and thence north along Pleasant Valley Road to Highway 128 and west to the county line.