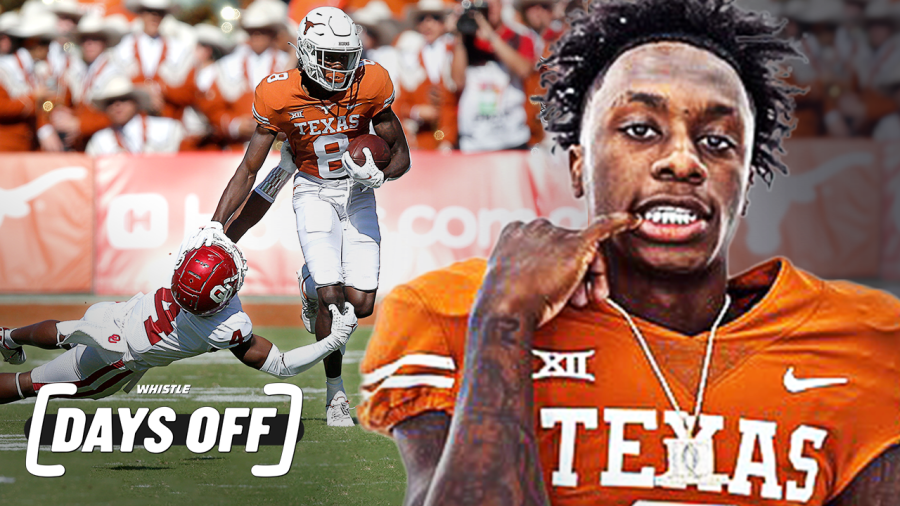 AUSTIN (KXAN) — Texas Longhorns wide receiver Xavier Worthy was one of the most electrifying pass catchers in the country in his freshman year, but how well can he go-kart?

Worthy was the subject of the latest installment of “Days Off,” a video series by sports media company Whistle. Along with teammates and roommates Quinn Ewers and Jahdae Barron, the trio skidded around corners and bumped into each other around the K1 Speed ​​go-kart track.

The Longhorns ranked No. 18 in the preseason USA Today Coaches poll

The idea of ​​the series, Whistle said, is to show what athletes do on their coveted days off. It was spun off of Whistle’s previous series, “No Days Off,” a franchise that racked up 3 million views that profiled teen athletes “whose drive and motivation have allowed them to overcome barriers to get to where they are in day, along with their respective support systems,” the company said.

In the interview portion of the piece, Worthy said he had a hand in recruiting Ewers after he entered the NCAA transfer portal from Ohio State. Ewers was originally a Texas recruit while Tom Herman was the head coach, but then made a surprise flip and enrolled early at Ohio State after reclassifying and skipping what would have been his senior year at Southlake Carroll High School.

“Our relationship is pretty strong,” Worthy said of Ewers. “I basically recruited him when he was in the portal.”

Speaking about his high school days in Fresno, California at Central East High School, Worthy said the football scenes in both California and Texas are different because kids just start playing at a younger age.

“They’re more serious about it at a younger age,” he said. “When you get out of Fresno, you’ve got the whole city behind you, so you just want to carry that with you wherever you go.”

The speedster, who had 981 yards and 12 touchdowns as a freshman, explained how he became “The Real Flash” when he was younger — named after the superhero, of course.

MORE THAN THE SCORE: To stay up to date on sports stories like these, sign up for our More Than the Score sports newsletter at kxan.com/newsletters

“I had Flash gloves, cleats, gloves, wristbands … I had everything, so everybody called me that,” he said. “I was the fastest guy on the track all the time, so that’s why everyone called me that.”

As for the go-kart race, the second part of the feature, the three had a bet that the loser would do 20 pushups. Barron thought he won, but apparently the race standings said otherwise. Worthy delivered a line that would undoubtedly cut deep with Alabama fans, the same ones who will be showing up on Sept. 10 in Austin.

“You know how ‘Bama beat Georgia in the SEC Championship Game, but then lost in Natty?” Worthy joked with Barron. “That’s what you did.”

They agreed that they all lost, one way or another, and ended up doing 20 pushups as a team. As a new term begins, the Supreme Court is poised to resume the push to the right