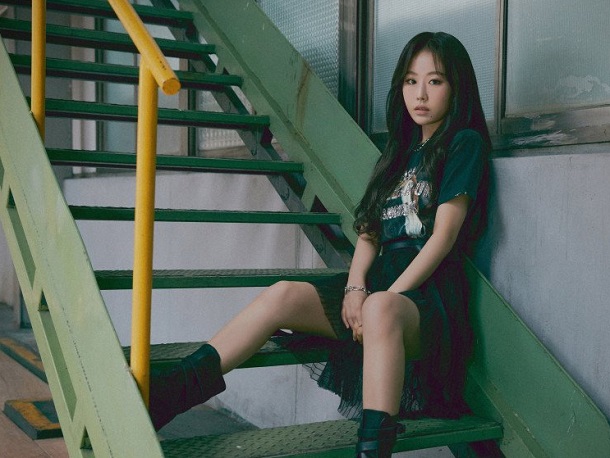 When Lovelyz went on indefinite break last year, all members except leader Babysoul went their separate ways. She – now under her first name Lee Sujeong – chose to stay with Woollim Entertainment as a soloist. Do not care about the agency’s uneven reputation when it comes to their senior artists. But just a few months after leaving the group, Sujeong has released his debut mini-album. Even by Woollim’s standards, the promotion surrounding this release has been subdued.

Given Sujeong’s past work, I was expecting to hear a ballad. Walk through the Moon (달 을 걸어서) is more optimistic, which makes me wonder if the song was originally intended for a Lovelyz album. Its modern sound feels like a natural evolution from their 2020 single Forget it. Lee Sujeong has proven himself as both a vocalist and rapper, and that ability is evident on this track. She has a great pop voice and character Walk through the Moon with enough personality to make it pop. Unfortunately, the song itself is K-pop-by-the-numbers, predictable from first to last note.

The track is hinged on a familiar set of instrumentation. It is vaguely tropical, but not enough to preserve its own perspective. The percussion feels torn from any number of songs over the last many years, and progresses without much character. We even get a tempo change halfway. The melody is catchy but sure. It gets the job done, but no longer pushes itself. The only exception is a bold guitar solo at Walk through the Moon‘s finale. This injects a new texture that lifts the energy. It makes me wonder what Sujeong could do with more dynamic production.