It is a sad and unfortunate fact that victims of crime are most often the more vulnerable people in our society. They are chosen because they are easy targets and attacked for getting property or cash or cheating for money.

Judges and judges will often consider it an aggravating factor when deciding how long a defendant’s prison sentence should serve. Victims who are considered vulnerable may be the elderly or people suffering from physical or mental health problems.

There have been a number of shocking cases that have been brought before the courts recently.

READ MORE: The hungry thief ate noodles before attacking a 77-year-old in a nursing home

Bernadette Meade, who robbed a 77-year-old at a nursing home complex

Bernadette Meade deliberately chose a residential complex for the elderly to search for items she could steal to buy money for drugs. Around 4 a.m. on Dec. 21 last year, Meade was caught on CCTV as she locked herself in her home in Saltley.

She then wandered around stealing items, including a kettle and jewelry, which she put in bags and also provided herself with a noodle. Meade managed to lock herself out, but was locked in again by a 77-year-old resident after she told him she saw her uncle.

The defendant then seized the opportunity to attack the pensioner, who was using a zimmer frame before snatching a £ 20 note from his top pocket and running away, but not before giving him an unmotivated blow.

Abigail Nixon QC said in the sentence: “You would have known there were elderly residents at the address. You locked yourself out but saw the unfortunate victim who was up early.

“He was an easy target and vulnerable with a Zimmer frame. You attacked him and tried to push him over. He bravely tried to beat you away, despite suffering a lot of pain in his shoulder.”

Meade, 37, without a permanent address, who had admitted robbery, three charges of burglary and three of theft, was jailed for four years.

Another drug addict who was desperate for money to feed his habit was Peter Flynn, who had previously stolen Christmas presents for children. On January 14 this year, he told his ex-partner that he was on his way to robbery before attacking an elderly woman on a scooter.

The pensioner, who was using the scooter after a fall that had broken her elbow, had shopped a bit on Co up and had raised £ 50, was going along Berryfields Road, Walmley. She was waiting at an intersection when Flynn tore a bag from her and fled.

Flynn, 35, of the Brentwood Hotel, Portland Road, Edgbaston, who had previously admitted robbery, was jailed for five years. At the sentencing, Judge Avik Mukherjee said: “You planned this robbery and you targeted her because she was alone and vulnerable.” Obviously vulnerable because she was sitting on a scooter. “

Also driven by a need for drugs was Giles Billingham, who stole £ 16,000 from a ‘confused and forgetful’ 94-year-old grandmother. Prosecutor Stefan Kolodynski said the victim had been diagnosed with Alzheimer’s in January 2018 by his doctor.

He told the court: “He described her as confused and forgetful. Her condition was clearly visible to her family.” Billingham was a regular visitor to her home and, after issuing a power of attorney, took control of her finances.

An investigation revealed that the defendant had made regular withdrawals from her grandmother’s accounts with the West Bromwich Building Society and Lloyds Bank, which were “well above her needs”, for a period of three months.

He had also written a ‘manuscript’ with ‘what to say to the police’, which she could read. Billingham, 43, of Waterside House, Princip Street, Aston, who had previously pleaded guilty to two counts of misconduct, was sentenced to two years, suspended for two years and ordered to pay £ 425 in costs.

An escort working alone from an apartment in Birmingham was selected as an easy target for Barrington Davis and an accomplice. Birmingham Crown Court heard that after making an appointment, the two arrived at the apartment on 29 May 2020 after leaving Nottingham.

Davis hid, put on a mask, and then burst in shortly after the first man entered the premises. The victim was grabbed around the neck, making it difficult for her to breathe, and a hand was also placed over her mouth.

Davis then held a knife to the victim’s face before taking her purse with bank card and £ 1,500 in cash. Judge Samantha Crabb told the defendant, who had previously visited schools to speak out against violence: “I have no doubt that you and your accomplice deliberately targeted her, knowing that she would be alone and that it was likely, that she would be in possession of a quantity. cash. ” She said she was also targeted because she was less likely to lodge a complaint with police.

Father-of-three Davis of Frankley Lane, Northfield, who had previously been convicted of robbery after a trial, was jailed for seven and a half years for his part in the planned raid.

While caregiver Muhammed Hassan-Omar was jailed after using bank cards to steal from vulnerable adults to feed his gambling addiction. Hassan-Omar had since September 2019 been employed as a care worker at the nursing home for vulnerable adults and was a key worker for one particular resident suffering from epilepsy, autism and learning disabilities.

Cases emerged when the housekeeper received an email from the resident’s brother about his increased spending, while other residents found that there was a lack of money in their accounts.

The accused took over £ 1,000 from the victims – and spent some of the money on clothes in Sports Direct. Hassan-Omar, 25, of Newbridge Road, Bordesley Green, who had previously pleaded guilty to four counts of fraud, was sentenced to nine months.

Judge Heidi Kubic QC said: “You stole from some of the most vulnerable people in our community. You abused your trust in the nursing home.”

READ MORE: Care worker in Birmingham stole over £ 1,000 from vulnerable people and then went shopping at Sports Direct

John Davis’ victim became vulnerable after he smoked a cigarette that the defendant had given him. Davis had asked the victim for a candle in Percy Street, Sparkhill, on February 17, 2020. He then offered him a cigarette.

It made the man feel ‘swollen’ and he collapsed. Davis walked away but returned and gave the victim a bear hug by taking the opportunity to pick up his pockets and take his phone and bank card.

Edward Soulsby, prosecutor at Birmingham Crown Court, said the man later identified the accused from CCTV. In a statement, he said the incident had made him feel worried and afraid for his safety.

Davis, who had previously pleaded guilty to two counts of theft and three counts of fraud, was jailed for nine months. In sentencing, Mr Recorder David Richards said: “On February 17, you stole from a helpless man.

“He had become unconscious of something you had given him. You took advantage of it and picked his pockets. You targeted him. There was an opportunity. Most people would have helped him, but you did not because you had your own needs and put them first. He was vulnerable. “

READ MORE: The thief gave the victim a ‘bear hug and plucked his pockets’ after collapsing on Birmingham Street 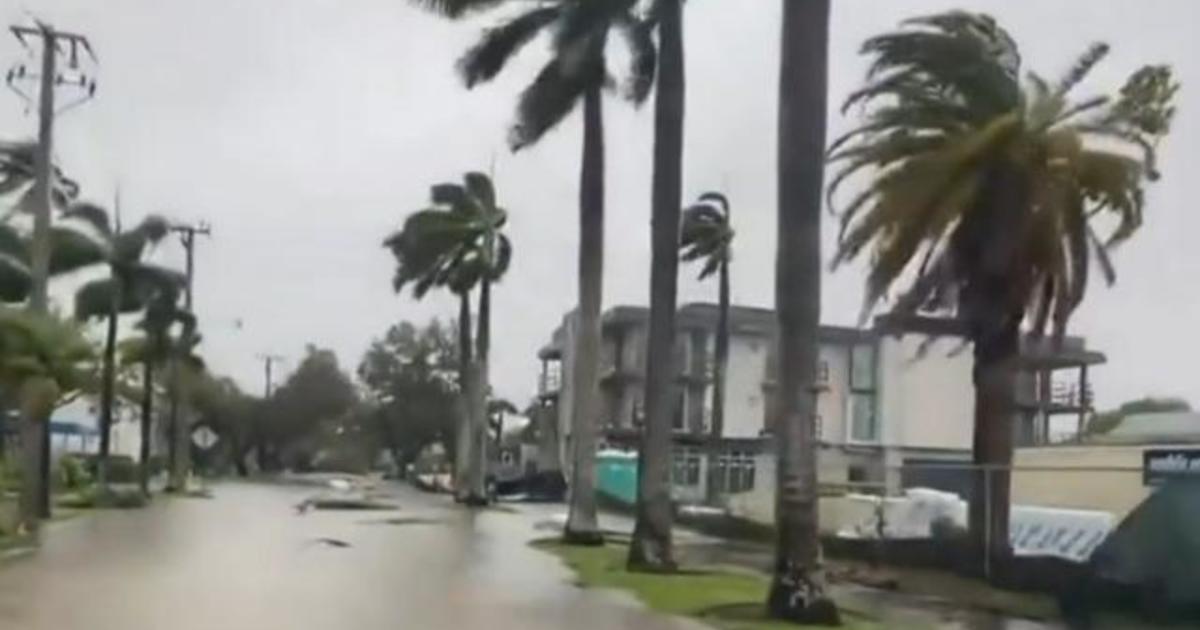 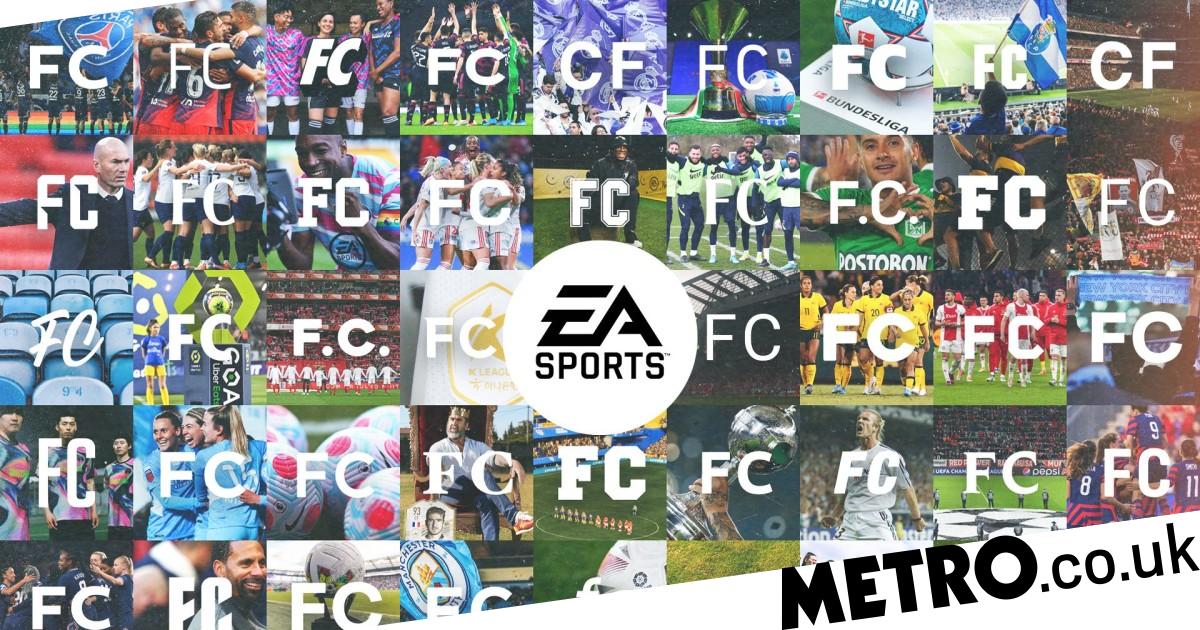 Game Inbox: Will EA Sports FC be better than FIFA 23?