And then nothing happened. Literally. COVID shut it all down, and the band, who once lamented their lack of “Bus Money”, had plenty left over as the wheels of buses everywhere stopped going ’round and round. But the coordination of The Chats’ reshuffled show last night made it seem like the pandemic never happened at all. Much of it went as before, planned before COVID. The band rolled through with Mean Jeans and Thick, as it was originally intended. The name of the trip did not change, although it may have taken on a different meaning last night with very few masks and no COVID check in sight. Bands played the same space that the House of Blues reserved for them in 2020. Even the date of the show was almost identical, set apart by only two days and two very long years.

The most important thing that remained the same was Houston’s enthusiasm for the band, which is one of the leading Australian tracks that breathes refreshing gusts of wind into modern punk rock. There are others, like Melbourne’s Amyl and the Sniffers, but The Chats have their very own style. With quirky hairstyles and naughty songs about smoke breaks and noms at your favorite pub, the Sunshine Coast act is fun on record. Live they were much louder and much faster, the perfect mix of “punk” and “rock”. 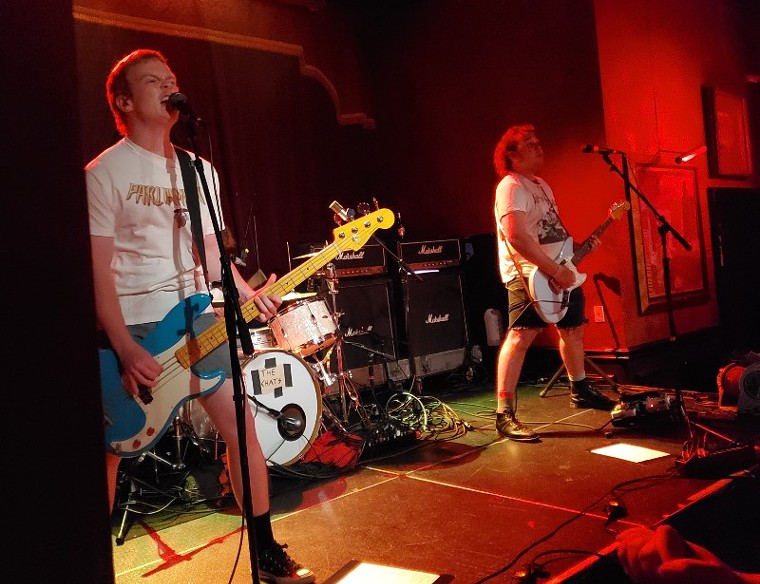 The trio – guitarist Josh Hardy, drummer Matt Boggis and bassist / lead singer Eamon Sandwith – strolled onto the stage at exactly 9.30pm to an audience shouting “CHATS! CHAT! CHATS!” with energy that had been building for over two years. Songs from 2017 Get this in Ya !! introduced the world to the Queensland group, especially using “Smoko,” an offer to take a smoke break, and when it arrived three-quarters of the way through the set, Sandwith acknowledged it was probably their biggest hit. The audience confirmed by singing loudly along.

Maybe it’s because they’re so young, or because they played a song by The Wiggles – “We can not understate the massive impact they’ve had on our lives,” Sandwith said jokingly (?) – but to be a Chats- show reminds me. of the schoolyard tilt. It’s pretty repetitive, but lots of dangerous fun. On the one hand, you have the band’s punk tendencies, whimsical songs about bad behavior presented with lots of attitude. And they play them at breakneck speed. The Chats performed 26 songs in 51 minutes last night. Johnny, Joey and Dee Dee are smiling somewhere over it.

By playing live, the group leans more towards the “rock” side of the rocker. Hardy, who joined the band in 2020 when former guitarist Josh “Pricey” Price traveled for a solo career, was inspired, cool energy, and spread blistering guitar solos across the set with apparent ease. Sandwith opened a new song, “Jetliner”, with the “gimme fuel, gimme four” lines from Metallica’s “Fuel”. The band played a KISS cover and has an entire song that is a tribute to AC / DC, “the second biggest band in history.” You could guess who is first.

Houston’s audience last night may not be arguing for that view. But if we are to crown The Chats as the greatest, we might want to know more about them and you had to look for clues as to who they really are in the live set. For a band called The Chats, there was not much teasing between the stage and the audience. The triangle went on to “The Boys Light Up”, by Australian Crawl, an Australian rock number from the 1980s. Meanwhile, the AC / DC tributes and including Wiggles in their set, we can deduce that they have a healthy respect for the Australian musicians who preceded them. 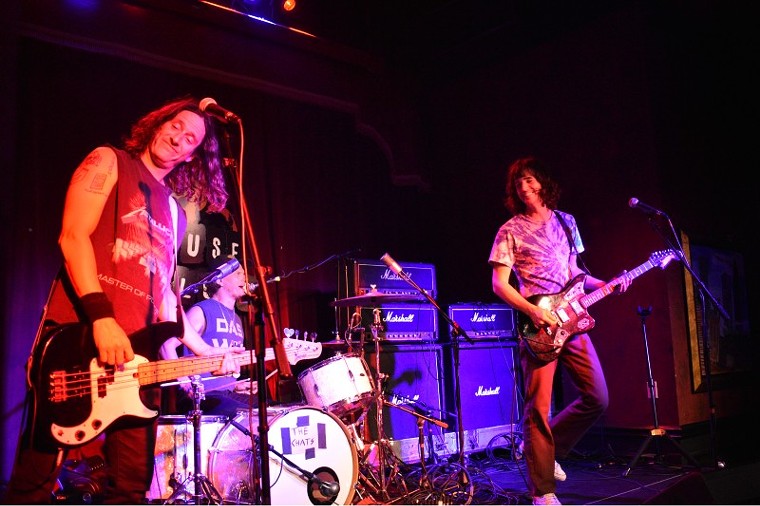 “Thank you for coming. We love Houston, we went for a walk, we ate some dinner at Dad’s Bar-BQ – is that Dad?” Sandwith chatted before “Nambored”, the opening song. “So before we get started, I just want to say, be cool. Have fun. Go crazy. But watch out for everyone around you. We do not want anyone to get hurt. This first song is about a real shit hole in Queensland. named Nambour.

It’s more or less like that, the set progressed, some time for small talk, but big on song intros like “This next song is about a really hot day. It’s called” Stinks “or” It’s about ordering from a restaurant and leaving , before the bill arrives, “and introduces” Dine N Dash. ”

When The Chats chatted about things besides the songs, their wit and charm came through, just like it does on record. For example, the band takes a beer break in the middle of the set and compares it to athletes getting an orange slice during a timeout. The bit of improvisation aroused some giggles and showed some of the band’s personality, which is part of what we had been waiting for the whole pandemic to see. The songs were amazing and worth the wait, but more on that next time, thanks.

The openers: Unfortunately, THICK, the Brooklyn-based, woman-only punk act finished its set at 8:04 p.m. The sun was practically still shining (okay, it was going to go down), but their walk-time during noon meant we missed everyone except a few songs they offered. However, we loved what we heard and so did the audience, who were preoccupied with tunes like “Your Mom” ​​and especially “Party with Me”, and we hope to catch them when they are back in town again and hopefully at a main concert. 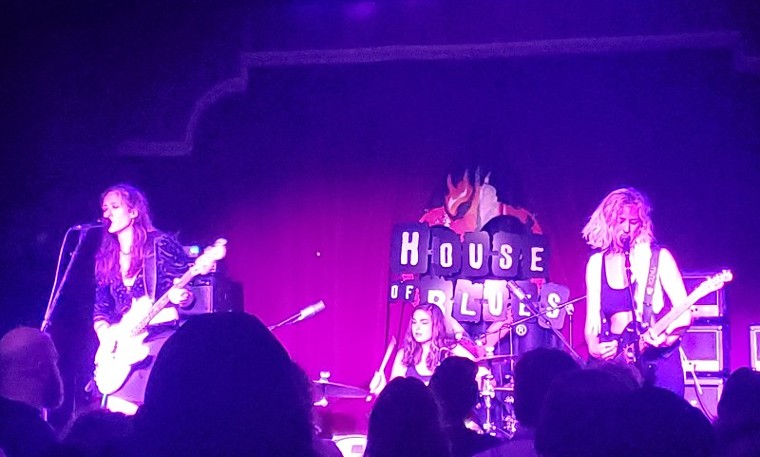 Mean Jeans was a perfect segue in The Chats. The veteran act won over the audience early on by suggesting that the song “Born on a Saturday Night” was inspired by parties with the late, great DJ Screw. A few songs summed up their husband’s approach to punk. “Coors Light” was followed by “Sizzler.” The steak and beer pair was not only representative of the band, it sent us to the band’s discography, where we were happy to hear that there is a complete Mean Jeans album called Jingles collection which includes songs centered around brands like Applebees, Cheez-Its and Totino’s. It was sprinkled into the covers of Spin Doctors and “Today”, by the band we will now only refer to as “Smash Pumps”, thanks to Mean Jeans, who all created an extremely entertaining set.

The band has a Ramones thing going on with its members named Billy Jeans, Junior Jeans and Jeans Wilder. Near the end of the set, Billy Jeans said, “For anyone who’s ever fallen into a bog, this is called ‘I Fell into a Mos’.” So maybe they have influenced The Chats a bit on this tour.

Personal bias: Even though you are not one of the world’s 1.1 billion smokers, there is something so satisfying about telling someone that they should shout by singing, “I AM ON SMOKO, SO LEAVE ME ALONE!” If you’ve never done that, try it right away. It is fun!

Overheard in the crowd: “The guitarist has crazy eyes.” – about Mean Jeans’ Billy Jeans.

Random notebook dump: Shouts out to HOB’s Paige Mann, who is the perfect pro, and who I have missed chatting enormously with during the break – see you at Tori Amos, Paige? And a special thank you to Jay, “like Jay and Silent Bob,” a fellow Chats fan I met just before the set. Jay was very enthusiastic about the show and agreed that part of the fun of any Chats song is singing with Sandwith’s very pronounced Australian accent. Jay told me he listens to “Smoko” while rehearsing, which is pretty funny when you think about it and also pretty much reflects the kind of fans this clever, energetic band attracts. 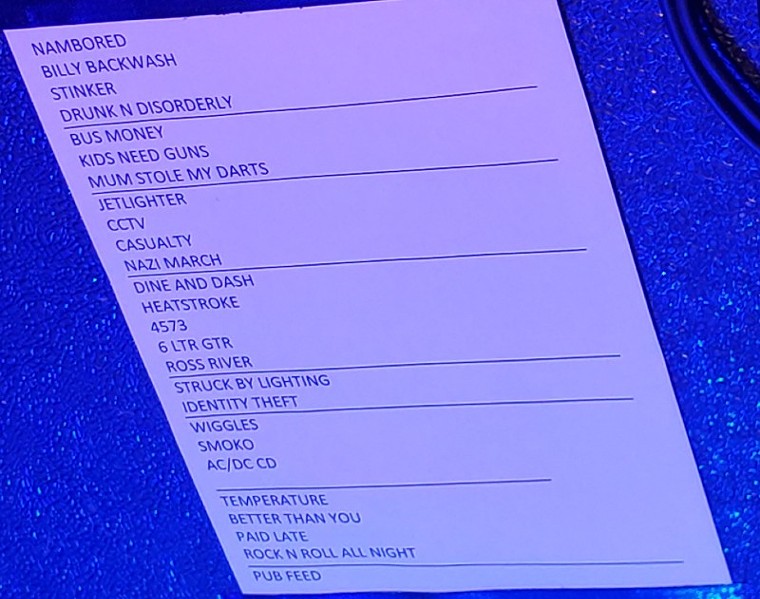