The idea was for two of America’s most reliable teams to set the tone Thursday in the Presidents Cup, and the result was predictable.

Xander Schauffele and Patrick Cantlay made short work of Adam Scott and Hideki Matsuyama in the opener. They did not make a bogey in a 6-and-5 victory, improving their record to 5-0 in foursomes at the Presidents Cup and Ryder Cup.

Jordan Spieth and Justin Thomas, best friends since they were 14, held off to atone for their mistake, holding off Sungjae Im and Corey Conners, 2 and 1.

Another strong American team from top to bottom played at a high level on a hot day at Quail Hollow and walked away with a 4-1 lead after the first session.

Justin Thomas of Team USA reacts on the 15th green during Thursday’s foursomes on Day One of the 2022 Presidents Cup at Quail Hollow Country Club on September 22, 2022 in Charlotte, North Carolina.
(Stacy Revere/Getty Images)

“I told the guys last night that we had to set the tone — us and JT and Jordan’s game — and we did,” Schauffele said. “To play this format on a day like today and not make any bogeys, that’s exactly what we need.”

The international team, already an underdog in those matches, was hurt more than the Americans by players who left the PGA Tour for Saudi-funded LIV Golf, including Cameron Smith and Joaquin Niemann.

The only thing keeping the international side from being shut out was Si Woo Kim and Cameron Davis. They were 2 down with four holes to play against Masters champion Scottie Scheffler and Sam Burns when they seized American mistakes and scraped a 2-up victory.

Two of the eight rookies for the international team, Taylor Pendrith and Mito Pereira, almost got another point. They were all square headed for the tough par-4 closing hole when Pereira hit a wild tee shot, Pendrith could only manage the right bunker and they bogeyed. Tony Finau and Max Homa walked away with a 1-up win and a point.

PRESIDENTS CUP 2022: WHAT TO KNOW ABOUT THE TOURNAMENT

The other American point came from Collin Morikawa and Cameron Young, the PGA Tour rookie of the year, who soaked up the atmosphere before a full house at Quail Hollow and produced his own winning moment.

They were in a tight battle against 20-year-olds Tom Kim and KH Lee, all square with six holes to play. At that point, the last three games could have gone either way. As easy as Cantlay and Schauffele made it look in the opening game, it was just one point.

The Americans regained the lead when Morikawa stuck a wedge into 2 feet for birdie on the 14th hole into the wind. The lead remained 1 in front and appeared to be headed for the 18th when Young holed a 25-foot birdie putt at the 17th to end the match.

“That moment is about all I can ask for,” Young said. “Obviously it’s the first day, but every point we get is important. And it’s a feeling I’ve been waiting to get for a long time.”

Cantlay and Schauffele first joined the long flight over to Australia for the 2019 Presidents Cup, the first team games for both. They have become fast friends off the court and are becoming a tough team to beat inside the ropes.

They got plenty of help from Scott and Matsuyama – the two most experienced players on the international team – who missed plenty of putts that could have won or halved holes along the way. Matsuyama missed from 4 feet on the third hole and the Americans took the lead and ran with it.

They won three straight holes through the par-5 seventh to build a 4-up lead, and they won the final three holes with pars.

Thomas, who won the PGA Championship at Quail Hollow in 2017, had a wild day. He hit a 9-iron so poorly on the par-3 fourth that it came up 40 yards from the green. He hit a shaft from the bunker on the par-5 16th. He and Spieth didn’t drop either hole.

Matched on the 15th — typically the 18th at Quail Hollow for stroke play tournaments — when Spieth’s drive landed on the left side of a creek, Thomas did well to get to the back of the green and Spieth drove his downhill putt some times. 25 feet at the hole.

Corey Conners and Sungjae Im were in position to win the hole, 7 feet away for par, and put the match away. Thomas hit the par putt, Conners missed and the Americans were 2 up and headed for another point.

“You win when you get your partner, and he did,” Spieth said. “That shift we had on the 15th was unreal there. We look to go for par and instead we leave the green 2. That was the difference in the game.”

Next up were five games on Friday in fourballs, and each point moves the Americans closer to a ninth straight win in these one-sided games. They have never lost at home since the Presidents Cup began in 1994.

Team USA’s Jordan Spieth lines up his putt on the tenth hole during Thursday’s foursomes on Day One of the 2022 Presidents Cup at Quail Hollow Country Club on September 22, 2022 in Charlotte, North Carolina.
(Stacy Revere/Getty Images)

With such a dominant start, the Americans need just 11 points from the remaining 25 games to retain the trophy. 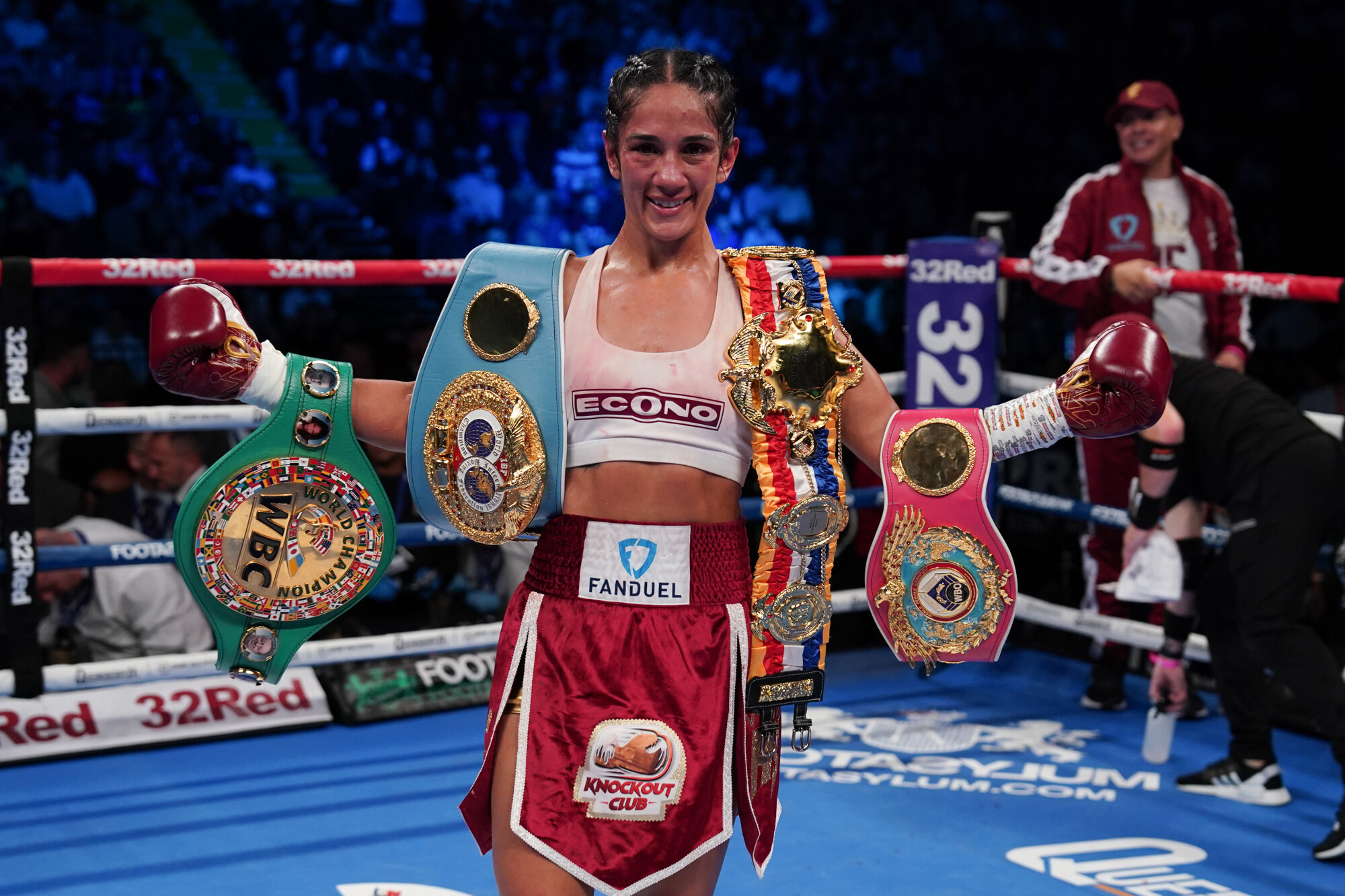