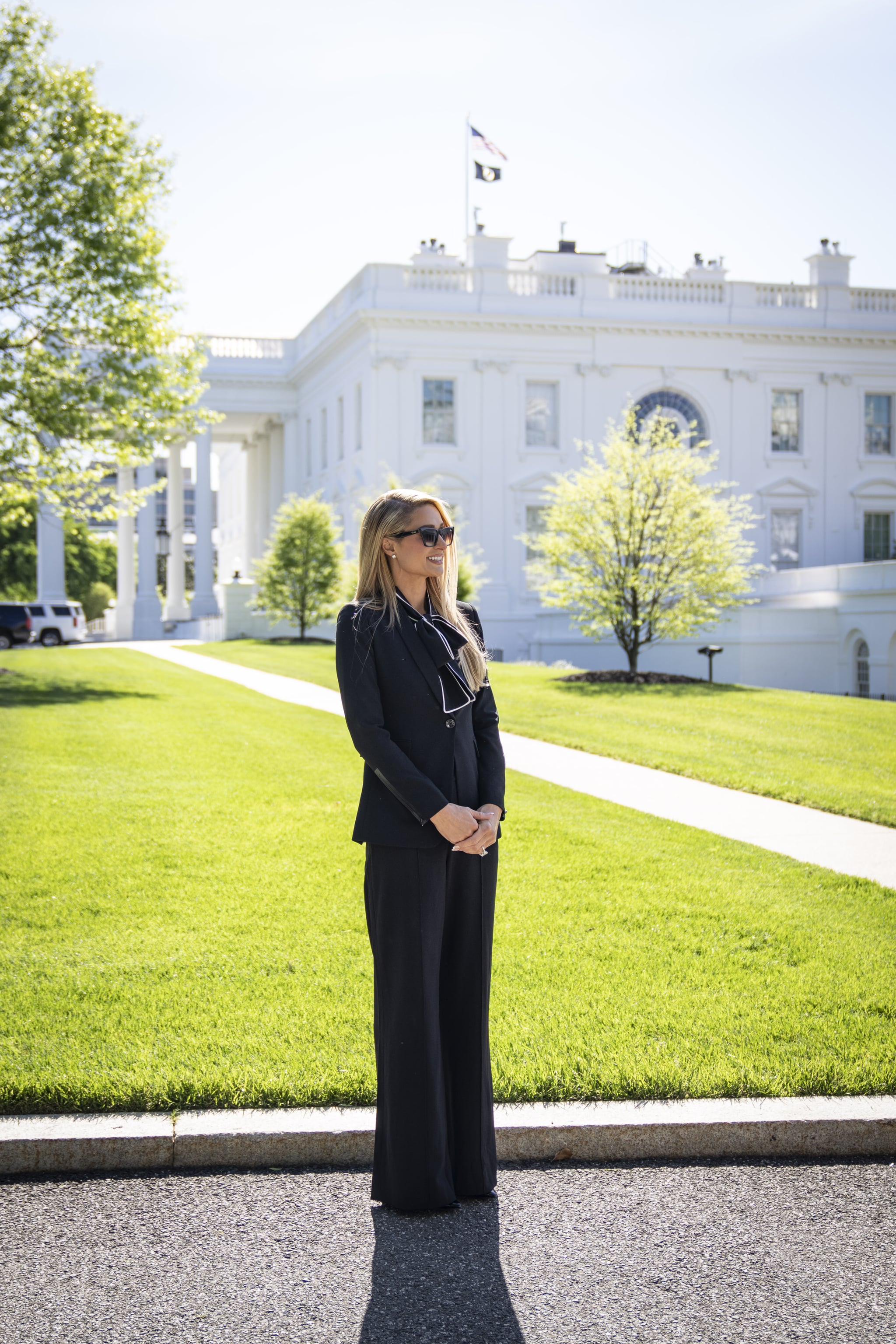 Hilton tweeted an update about her trip to Washington DC, where she wrote: “So honored to be back in DC to continue my advocacy work. I had such an inspiring time meeting with political staff and walking around the West Wing halls with advocates. I’m so happy to see that the most powerful office in the world is dedicated to fighting for the rights of all. “

According to CNN, a White House official said Hilton “met with political staff where she and other survivors shared their powerful stories and discussed issues relevant to the protection of institutionalized youth in America.”

The topic of child abuse hits Hilton. She opened up on the subject in her intimate 2020 documentary, “This is Paris,” in which she revealed the physical and emotional abuse she reportedly experienced at Provo Canyon School – a boarding school in Utah for troubled teens.

Hilton has promised to fight the “troubled teenage industry” on behalf of others who have gone through the same experience. Her most recent visit to the White House follows her trip in October 2021, where she spoke on the same issue.

Pat Bev calls Chris Paul on Get Up 👀🗣

Recalls plans to reopen the historic EMD building in Walthamstow

Zelda: Skyward Sword HD’s Non-Motion Sword Controls took a year and a half to perfect