ONEs news cycle regularly shows, the simple, typically modern act of taking a photograph has now become a prevalent way of undermining entrenched power. And female artists, often on the fringes of the cultural community, have been using their cameras for just that for well over 100 years. This is one of the provocative statements from Our Selves: Photographs by Women Artists by Helen Kornblum, Museum of Modern Arts authorizing new exhibition featuring work by female photographers from over 100 years and across the globe.

“For me, it was interesting to constantly ask the question what is a feminist image because I got so many answers,” exhibition curator Roxana Marcoci told the Guardian. In fact, Our Selves’ 90s provide answers to this question, ranging from Frances Benjamin Johnston’s 1899 photograph of young students in a writing class to the black photographer Carrie Mae Weem’s “kitchen table” series from the 1990s. Feminist images also resemble queer photographer Catherine Opie’s work Angela Scheirl, which depicts transgender artist Hans Scheirl years before he switched to male, and Native American Cara Romeros Wakeah, a 2018 portrayal of her friend Wakeah Jhane in full tribal attire.

But while Our Selves can proudly declare that feminism supports a broad, inclusive idea of ​​femininity, Marcoci is aware that this has not always been the case. “Since women have fought for sovereignty, they have not always included all women,” she said. This is actually one of the key issues that this show seeks to grapple with. “When I came up with the show, I thought of ‘Ain’t I a Woman?’ “

Our Selves arose from a deep-rooted collaboration between Marcoci and psychotherapist Helen Kornblum. For over 40 years, Kornblum has carefully built a collection of photographs made by female artists, and a gift to MoMA of many of these photographs forms the core of Our Selves. This gift was the fruit of a long-standing professional relationship between Marcoci and Kornblum: Since 2014, they have served together on MoMA’s committee for photography, developed the museum’s representation of female artists and pressured the museum to reconsider dominant narratives handed down by patriarchal power. structure. For Marcoci, this connection has been transformative. “When [Kornblum] joined the committee on photography, we were instantly attached to our work with women artists and women’s rights. When I saw her photo collection for myself, I loved the vision she had brought to it. It was connected to my own interests and MoMA’s mission to show art that reflects a diversity of race and gender. “

Our Selves stretches back to the end of the 19th century, and it gives due respect to the modernist movement that underlies so many of the last-day artists it shows. The art here includes modernist greats like Claude Cahun, Tina Modetti and Lotte Jacobi, and the name-checking folks like Leonora Carrington and Frida Kahlo. To these flag bearers, Our Selves also adds lesser-known artists such as Gertrud Arndt and Alma Levenson, a collaborator with Ansel Adams, Imogen Cunningham and Edward Weston. While these images are powerful in their own right, they also serve as a foundation that helps place and anchor the more modern works displayed throughout the show.

The theme of self-presentation is widespread throughout Our Selves, where so many of the exhibited works are developed from intimate relationships between photographer and subject. For example, while looking at Romero’s Wakeah – a picture of a Native American woman covered from head to toe in layers and layers of clothing – the motif gives a sense of vulnerability and exhibitionism despite her voluminous dress. Romero’s motif, a good friend, trusts that the photographer does not do as so many other photographers have done before when confronted with Native American attire and culture. Though her gaze is proud and strong, it lacks the vigilance that comes with powerlessness and appropriation, and instead subtly lures the viewer closer.

The gaze in Wakeah meets in interesting ways with the gaze on the photographs of the American war photographer Susan Meiselas, which shows the fascinating context of the exhibition, the photographs constantly play off each other. In Meisela’s aptly named Tentful of Marks, the camera is placed behind the two supple, heeled legs of a carnival stripper, while one of the titular marks stares up in awe at her, behind him so many similarly fixed, zombified male faces. These faces gain extra significance when seen in conjunction with Meiselas’ other contributions to the show: Traditional Mask Used in the Popular Insurrection, Monimbo, Nicaragua. That image shows a person, presumably a man, whose entire face and gaze are blurred by a mask of a man with a mustache staring directly into the camera, the humanity of the subject only defined by one hand resting hidden on a barbed wire fence. While Wakeah shows what is possible when power relations are momentarily put aside, Meiselas’ photographs are about deconstructions of power relations in full bloom. Together, all three raise questions about gender, bodies and who has the right to look at who.

Carrie Mae Weems’ photograph Woman and Daughter with Makeup captures another moment of in-depth look when these power relations are seemingly in check, but also quietly working. The picture simply depicts a black woman and her daughter applying lipstick at the same time; the two exist at once together and separately, as they eerily synchronize their movements and yet do so while focusing intensely on their own mirror reflection, apparently each in their own world. Marcoci told me that this image stood out to her for the way Weems “places black women at the forefront of the consequences of power. It’s such a moment of constructing beauty, synchronized achievement, and yet nothing is fetishized in this image. It is a picture of care, black beauty, black interior… there is so much grace in how it is expressed. ”

Our Selves is worthy of applause for the respect it gives women with different intersectional identities – not only does it pay homage to artists like Weems and Romero, it also offers Catherine Opie’s transformative photographs of queer life, and the show acknowledges its debt to postcolonial and queer theorists . All of this, however, makes it disappointing that the show does not feature works by or by transgender women. Especially at a time when many who identify as “feminists” are trying to deprive transgender women of their security, dignity and fundamental rights – and recall the way in which previous waves of feminism sought to exclude non-whites, non-heterosexuals women – it seems logical that an exhibition that is proud of its inclusiveness and its dedication to all women’s rights wants to make its voice clear on this topic. It is the one false tone in an otherwise glorious celebration of women and photography.

Just as Our Selves does to push important conversations and ideas forward into the future of feminism, Marcoci is aware that it is part of a much larger struggle. “It’s important to keep in mind that work is never done,” she said. “I know I will continue to raise awareness of female artists and issues for the rest of my professional life. It’s a job of learning the stories that have been taught to us in school and imagining different narratives, like learning a new language basically. “ 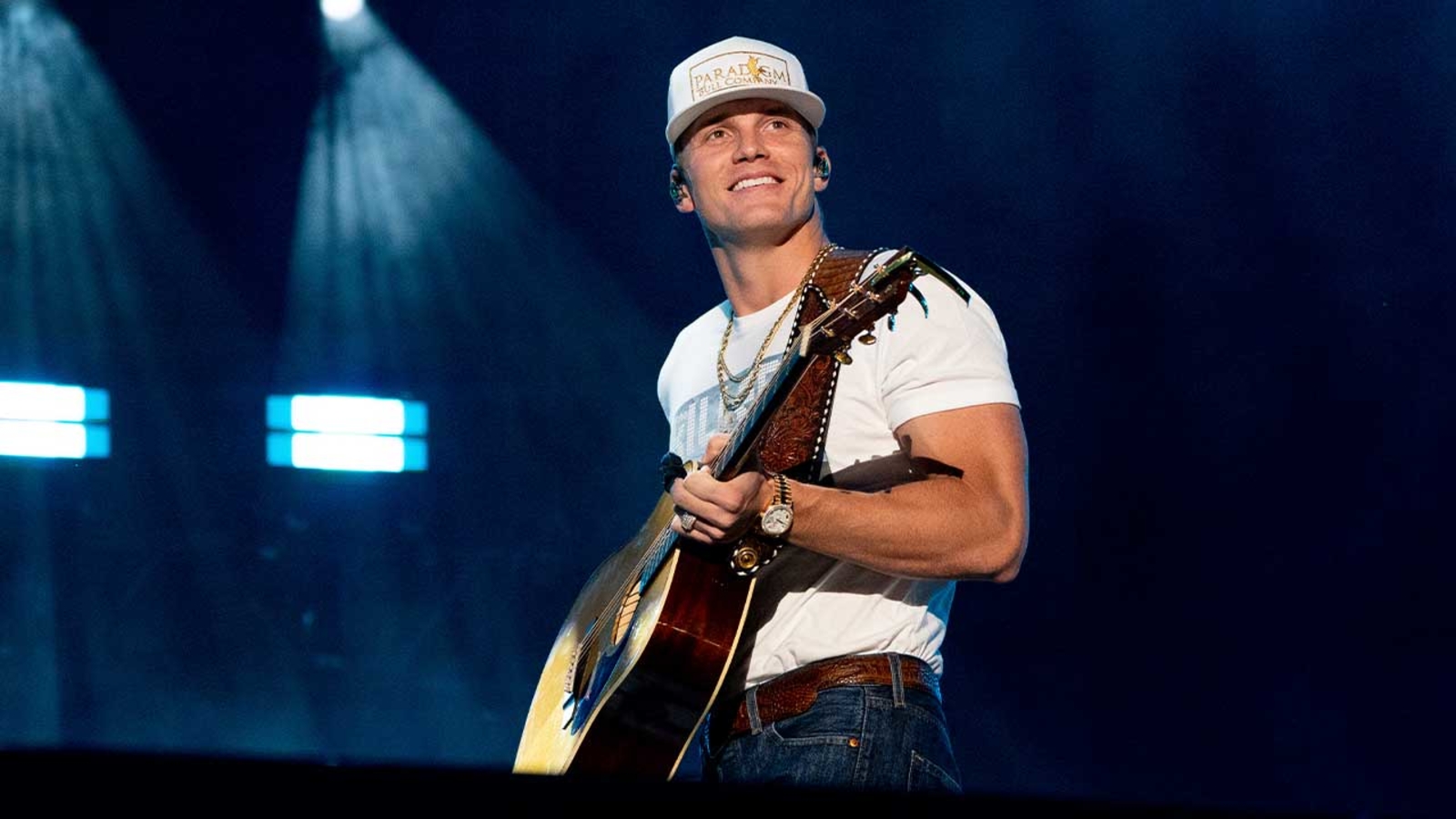 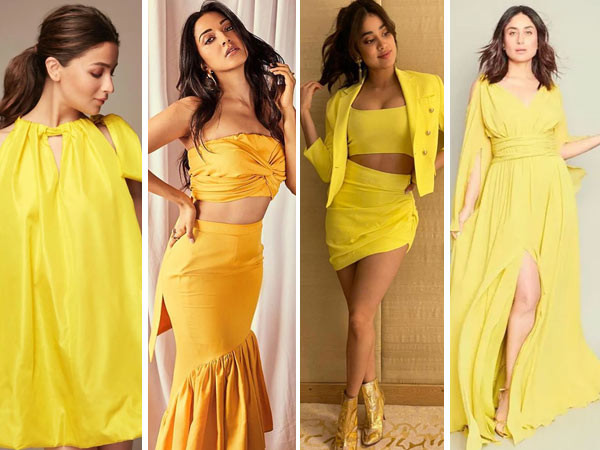 Navratri 2022 Special: How to Style Yellow Outfits Like Your Favorite Bollywood Celebrities.