Official trailer for ‘The Computer Accent’ Doc About the Band YACHT

“What if I give a soul to a computer or a machine. It doesn’t make us weaker, it makes us stronger.” Memory has unveiled an official music + tech doc called Computer Accentwith the pop music group YACHT. Originally created in 2002 by Jona Bechtolt, they have evolved over the years with different band members. Now the boundary-breaking band YACHT tackles the biggest challenge of their career: inviting artificial intelligence into their creative process. As cutting-edge technology collides with their DIY sensibilities, the band struggles to understand the future of music – and their place in it. The PR description adds: “Lo-fi meets high-tech on this entertaining and thought-provoking journey into the wilderness of art and technology. The band kicks back as scientists whiteboard their way through explanations of neural networks.” This looks like a funky doc that would play perfectly as a double feature with the Meow Wolf movie – both about quirky artists trying to innovate in clever, sometimes unsuccessful ways. 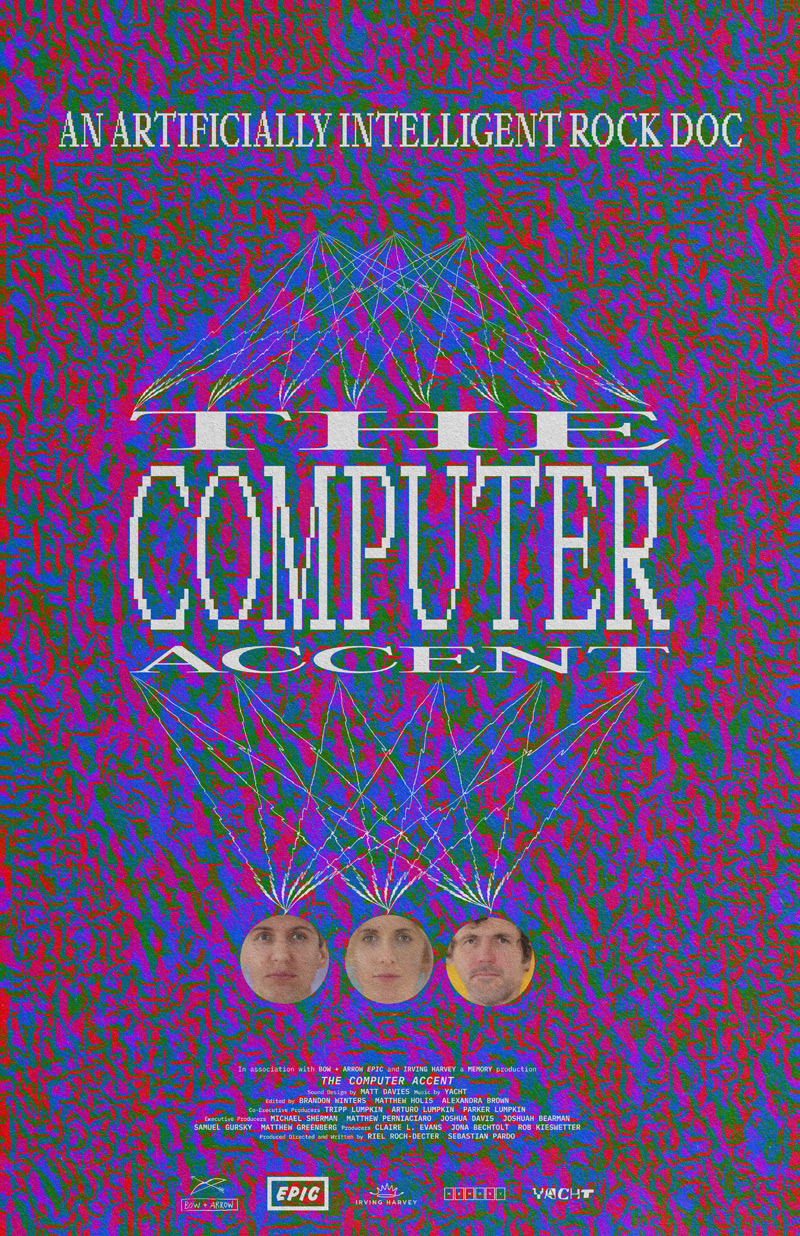 The Computer Accent is a documentary film that follows the border crossing pop group YACHT while trying something terrifying: handing over the reins of their creative process to artificial intelligence. Working with technologists and leading AI researchers, YACHT uses cutting-edge data analysis tools, machine learning, neural networks, sci-fi instruments, and generative composition strategies to create a new kind of human-machine album—music, lyrics, illustrations, videos, and everything. YACHT puts AI to the test in the name of art and guides through the brave new world of machine intelligence. Along the way, they will question their own roles in a future where software anticipates, generates and even synthesizes human work. Computer Accent is directed by the filmmakers Riel Roch-Decter & Sebastian Brown, both making their directorial debuts after producing tons of shorts in the past. This originally premiered at the CPH:DOX Film Festival earlier this year. Memory will debut Computer Accent in select US theaters on 21 October 2022 (NY only) with a release in SF + LA on 17 November later in the fall. Who wants to see?