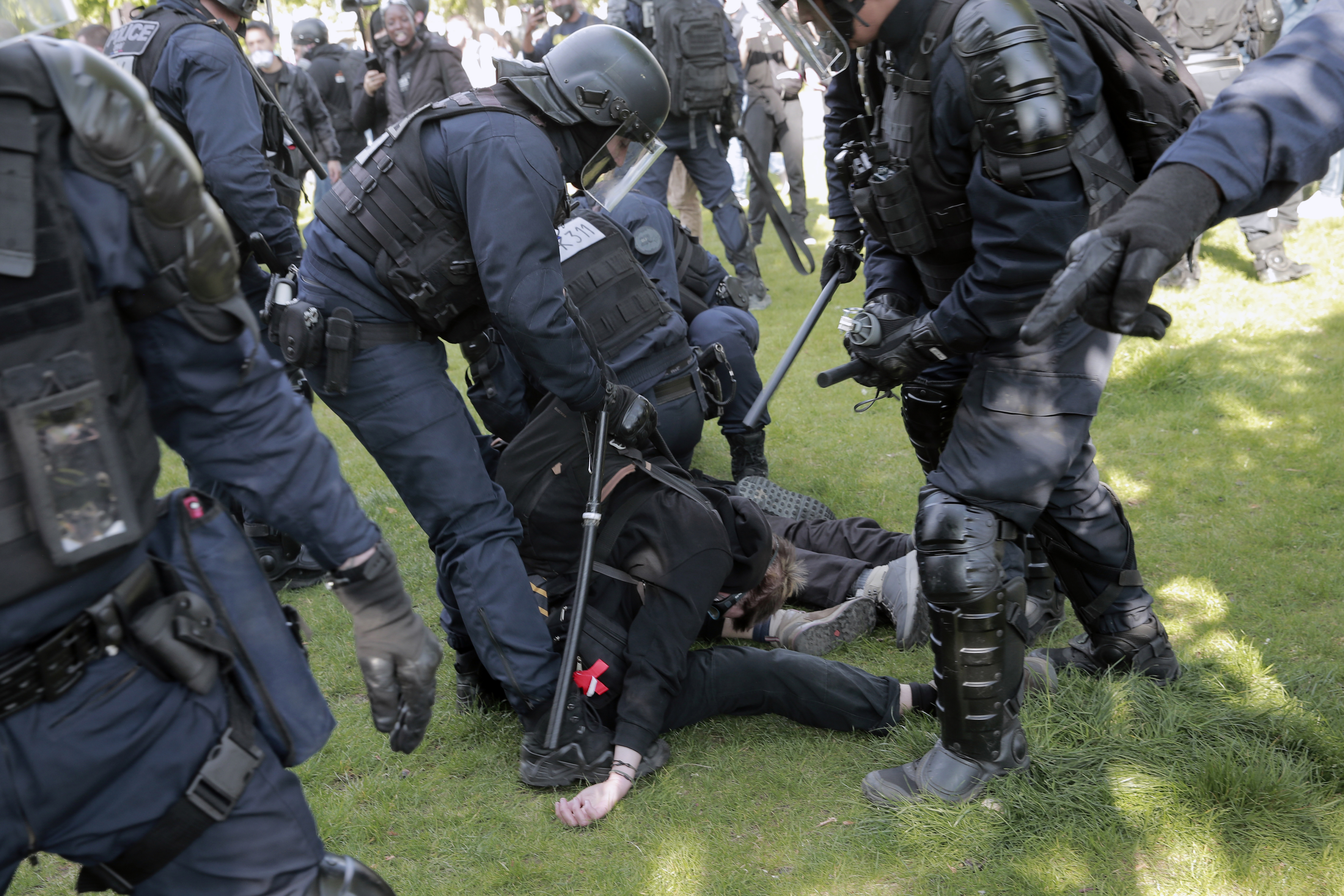 Thousands of people protested across France on May 1, urging the government to act on purchasing power and pensions and put pressure on newly elected President Emmanuel Macron.

While most of the protesters demonstrated peacefully, dozens showed off companies was damaged in Paris, including a McDonald’s branch, banks, insurance companies and real estate agents. According to media reports, police intervened after black-clad members of the radical Black Bloc group tried to raise a barricade and stop the march’s progress.

Left-wing politicians aimed to use the May 1 meetings, organized by trade unions, to mobilize voters ahead of France’s parliamentary elections in June, arguing that Macron represents only the wealthy and is out of touch with everyday concerns such as rising living costs . Macron has rejected such criticism, insisting he has a more economically sound policy to tackle the problem.

The far-left leader Jean-Luc Mélenchon, who finished third in the first round of last month’s presidential election, took part in the Paris March and called on the left-wing parties to unite against Macron. His party France Unbowed is currently in talks with the Socialist Party over a pre-election pact.

Macron comfortably won another term in the second round of elections last Sunday, receiving 58.5 percent of the vote to defeat far-right leader Marine Le Pen. But he has acknowledged that he is facing a deeply divided country.

The parliamentary elections, which take place over two rounds on 12 and 19 June, are the country’s next political battleground. Both Le Pen and Mélenchon are out to stop Macron’s centrist party La République En Marche from winning a majority in parliament that would give him free rein to implement his agenda.

“Without MPs to support him, Emmanuel Macron will be powerless to use his harmful project for France and his unfair choice for the French,” Le Pen said in a video shared with his followers on Sunday.