The week began with an unexpected closure when Sir, the gay bar that opened just three months ago in the former Vesta room of LoDo, announced it was closed. “We quickly realized that the needs of the Denver community were different from what we knew about the Dallas community,” said co-owner Trey Stewart, who also owns a gay bar in Dallas called Mr. Loses with his father, Travis. Sir may not be the last venture from Stewarts in Colorado. Adds Trey Stewart: “We listened to the feedback we got in Denver, learned a lot along the way and hope to make a comeback in the future with a better understanding of what Denver needs.”

Also unexpected: the temporary closure of Ale House in the Highland neighborhood – especially given how restaurants with rooftop bars typically draw crowds in the warmer months, and My Neighbor Felix just down Central Street always jumps. The only sign of the closure so far is a message on the Ale House website that reads, “We are temporarily closed while we regroup. Thank you for your continued support.”

Five new locations debuted this week, including the first bar and restaurant in a state-of-the-art shooting range complex. The Barrel Room at Gallery Sportsman’s Club and Range in Lakewood serves food such as nachos and curds along with liquor offerings – though mixing blends with alcoholic beverages is not on the menu. The gallery has a strict set of security procedures in place to prevent patrons from visiting the area after entering the Barrel Room.

In Aurora, the Filipino restaurant Manila Bay is now open in a building that was once a Village Inn. The menu includes dishes that are hard to find in the metro area, including lechon kewali (deep-fried pork belly), kare kare (a Filipino stew with thick peanut sauce) made with either beef breast and kalun or beef tail, and dinuguan (pork belly) and offal in a blood stew) .

After being forced out of its former location in Littleton when its building was purchased by AutoNation, the Old Santa Fe Express Mexican Grill is back in a new location in the Woodlawn Shopping Center. It is still waiting for its liquor license, but will soon be serving margaritas along with its selection of Mexican eateries. While Welton Street Cafe is still far from opening at its new location on Welton Street, it currently offers takeaway from 2288 California Street from 6 p.m. 11 a.m. to 8 p.m. Thursday through Saturday.

Joshua Pollack, owner of Rosenberg’s Bagels, Famous Original J’s and Lou’s Italian Specialties, has expanded his Bridge & Tunnel Restaurant Group with the addition of another outpost for Sherry’s Soda Shoppe in Boulder.

In LoDo, Pueblo-themed Fuel & Iron opened in the historic building, most recently Brass Tacks. It serves loops, stuffed grinders and lots of Pueblo cheese, charcuterie and produce, including – yes – lots of Pueblo green chili. Also coming soon to the place: a haunted tiki bar with a gay pirate ship theme called Hell or High Water that opens on the mezzanine.

In other opening and closing news:

Here is the full list of openings and closures of urban areas this week: 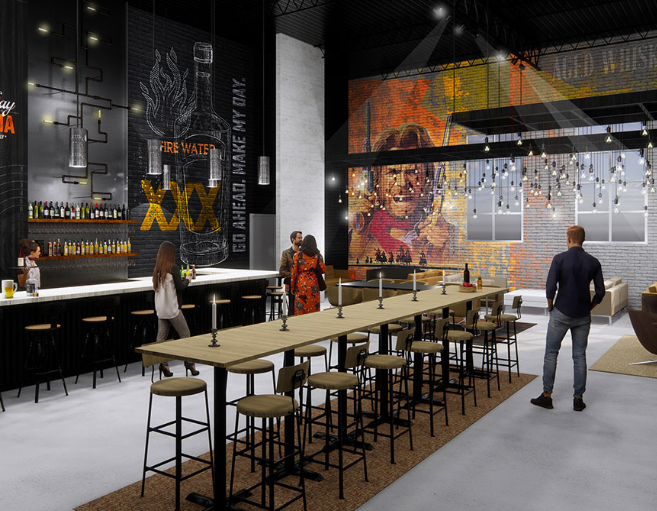 Barrel Room is Colorado’s first and only restaurant and lounge in a shooting range complex.

Restaurants and bars open this week: *

Restaurants and bars closing this week:

Do you know of anything we missed? Email us, [email protected].

GOT7 talks about how their new self-titled EP came to be, received all trademark rights from JYP and more

Court of Appeals: Florida’s law on social media is unconstitutional