Spider-Man, Spider-Man, boy does it feel like being a Spider fan! Here we are, at the end of 2021, and we’ve just got the final film in the Marvel Cinematic Universe’s Spider-Man “Home” Trilogy, and we now know that the beginning of a new trilogy is already in the works with Marvel Studios and Sony, thanks to a NEW interview with Kevin Feige and Amy Pascal. It really feels like yesterday that Tom Holland’s Spider-Man entered the MCU Captain America: Civil War, and right after that we got his first movie with Spider-Man: Homecoming, and now we’re here. I will save my actual thoughts for the review, but judging from the star rating above, my opinion should be pretty clear. it is overwhelmingly positiveand this is in the fight to be my favorite MCU movie, fan service haters be damn!

Anything after this will contain heavy spoilers, so please for the love of God, if for some reason you clicked on this review without watching the movie, bookmark it, go and watch it, then come back and read!

As Peter Parker / Spider-Man’s (Tom Holland) identity is now revealed, our friendly web-slinger in the neighborhood is revealed and is no longer able to separate his normal life as Peter Parker from the high stakes of being a superhero. Peter, his best friend Ned (Jacob Batalon) and girlfriend, Michelle Williams (Zendaya), heading into their senior year of high school, are all in the middle of trying to plan their future along with admission to college and balance their relationship in the middle of Peter’s troubled appearance in the public opinion court, where many considered him a war criminal after the events of Spider-Man: Far from home. When Peter asks Doctor Strange (Benedict Cumberbatch) for help in correcting his situation in favor of Ned and MJ, the effort becomes even more dangerous as the enchantment breaks thanks to an still indecisive Peter, leading to multiverse beings first entering their universe. in the form of Dr. Otto Octavius ​​(Alfred Molina), Norman Osborn (Willem Dafoe), The Lizard (Rhys Ifans), Electro (Jamie Foxx) and Sandman (Thomas Haden Church), and later of course with Peter Parker (Andrew Garfield), and Peter Parker (Tobey Maguire), in an insane sentence that I can still barely comprehend to write even now.

After the release, Spider-Man: Far from home was a beloved entry into MCU for me, and even though I’ve not seen it yet, I still feel like it’s a good Marvel Cinematic Universe movie, it certainly feels like a glossy Spider-Man movie, despite the fact that it has one of the best post-credits sticks to date. It is with this conclusion that it is worth noting that it has been some of the time the last few years to wait to see what they should follow up on, and with the reports that it would be a Kraven the Hunter- centered the film, came this year’s surprise when the news came that the villains from the Maguire and Garfield films would return here. So no Kraven, even though he technically appeared in the climax as one of the many multiverse beings trying to get through the dimensional fracture, along with the rhino, the scorpion, the black cat (which is now rumored to be played by Anya Taylor-Joy) and probably many more that are still to be found (crossing fingers for the BIG WHEEL). What we got was a shockingly well-crafted tale about Holland’s Peter, who learned what it means to be a Friendly Neighborhood Spider-Man, from a domestic, contented veteran in the form of Tobey Maguire and a pig, completely damaged in Andrew Garfield, while facing the demons of the past of his variants.

It is worth noting that neither Homecoming or Far from home rank in the top tier of the Marvel Cinematic Universe for me, though both are completely solid entrances to the universe. However, this trilogy goes out on a pretty high note, as No way home blew my own expectations out of the water. Clearly, everyone with Internet access knew about the rumors that Tobey and Andrew were repeating their roles, but actually watching the two former webheads show up on the big screen in their original roles created for some really emotional moments. Whether it’s Andrew who’s going to redeem himself in his own eyes for his failure in The Amazing Spider-Man 2 with Gwen Stacy’s death, Tobey, who gets a nice moment with Haden Church’s Sandman in the final battle, or even just watching those two play mentor for Tom Holland’s much younger Peter Parker, the film created a series of truly special moments that only an MCU film could make happen.

Willem Dafoe once again lights up the screen in the role of Norman Osborne / Green Goblin and delivers another incredibly strong villainous performance for MCU after Tony Leung’s phenomenal trip in Shang-Chi earlier this year. Dafoe brings new life to the character he played for the first time two decades ago, and plays him in such a fun and interesting way as we get a look at what a good, stiff Norman Osborne would look like before the devilish laugh from the goblin backers his ugly head again. Similarly, Alfred Molina in his second round as Otto Octavius ​​shows why everyone loved him in the first place, and feels as if the character never disappeared in the first place. Let me also jump in and say how amazing it was to see him interact with Tobey’s Peter again. Just magnificent. Jamie Foxx even got another chance and got to play a much less daunting version of Electro and had a very nice, memorable moment with Andrew’s Spider-Man in the climax, where we got another hint of a possible Miles Morales entrance to MCU.

This movie also finally makes Tom Holland’s Spider-Man feel just right, being loosened to Iron Man (something that should happen), he gets the “Great Power” speech, he loses his parent figure, he learns about the problems live two life and brings the ultimate victim by losing his entire known life, choosing to restart in a world that does not remember Peter Parker. As the film closes about him in a fresh handmade spider costume set out to fight crime in New York City, it’s the first time since Homecoming that the character really feels like the friendly neighborhood that Spider-Man fans know and love, whose stories will now (hopefully) be fewer of him having to save the world from catastrophic events, and more that he is a young adult doing heroic work in the Big Apple… possibly teaming up with a particular lawyer he now knows or dealing with a particular symbiotic problem…

Spider-Man: No Way Home makes a spectacular event film that carries its heart on its sleeve and brings the past 20 years of Spider-Man into the Marvel Cinematic Universe cannon with the long-awaited return of Tobey Maguire and Andrew Garfield in the roles of Peter Parker. as some of their most iconic villains as they paved the way for Tom Holland’s Spider-Man to stand on his own in a new era of Spidey Flicks that feels more in line with the character that fans know and love, rather than that the web slinger is a stand-in for Tony Stark. When he said goodbye to Michelle and Ned, lost Aunt May and Happy (who is not dead), and his whole life is erased, Peter now seems to become New York’s own defender and plays a smaller hero role compared to characters as captain Marvel, Thor and Doctor Strange, while probably also eventually returning to the spectacle scene when Secret Wars knocks.

… Now give me Andrew Garfield in Sonyverse fighting Venom, Kraven and Morbius, for that man deserves another chance!

Spider-Man: No Way Home plays in the cinema NOW, and if you feel comfortable going out to a cinema, then I fully recommended doing so, but also go and watch other movies like The Matrix: Resurrections, Charm, West Side Story, Red rocket, Licorice pizzaand The tragedy of Macbeth! Other movies need theater love too!

If you liked this review, consider leaving a CLAP on the article and consider following me here on Medium! And if you want to follow me more personally, you can find me at the links below:

If you reached the end and want to check out yet another of my articles, check out my profile and consider following me on Medium, or check out this story: 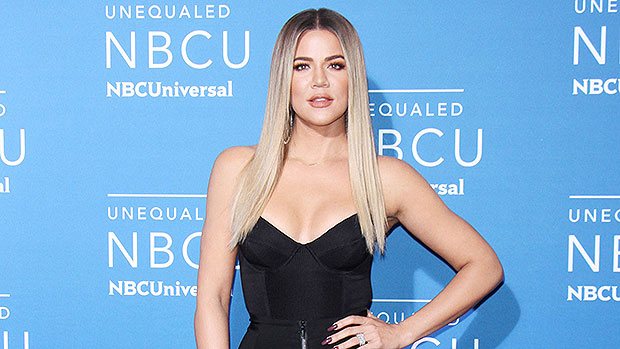