When you’re making movies in closed spaces, especially when your work calls itself “Lovecraftian horror,” the biggest asset you can have is the willingness to go crazy. By taking full advantage of the vast possibilities of cinematic creativity mixed with some fun tricks, you can make the small feel expansive and the limited feel limitless. For all its faults, Director Rebekah McKendry‘s Lovely manages to achieve that and then some.

Written by McKendry’s husband, David Ian McKendrytogether with Joshua Hull and Todd Rigney, Lovely is best when it doesn’t take itself too seriously. When it fully embraces the potential of its strange world, even within the small space of a single bathroom, you can’t help but smile. Although there are moments when Lovely struggles to keep up the pace and finds itself becoming a little aimless, relying heavily on riffing that can get a little tiresome, it still makes for a creepy descent into hell that has all the makings of a midnight movie. The final act in particular is where things get really wild, showing every sense of decorum as it cuts to the very guts of its premise. This is where it finds something special in how explosive and silly it all gets.

It all begins when we meet the lonely Wes (Ryan Kwanten), who, after having a disturbing vision that wakes him from his dangerous dozing while driving, continues down the road on his own. We don’t know exactly where he’s going or why, just that he keeps drifting off at the wheel. When he stops at a rest stop, there is no one there but a woman (Tordy Clark) who at first seems quite ominous, although he kindly helps him with the broken vending machine that has one candy bar left. She seems to be aware that he is basically homeless and gives him advice about living on the road. Wes still seems quite agitated and has a mysterious red box with him on the passenger seat, a stuffed teddy bear on the dashboard and all his bags in the back. He has a small breakdown as he gets back into the car and leans on the horn as the camera zooms into space. It’s an early indication of the film’s larger aspirations and a humorous reminder of how small one man’s problems can be. Back on Earth, Wes continues to leave increasingly unhinged voicemails for a woman named Brenda (Sylvia Grace Crim), before his phone dies. He then begins to drink from a bottle that he brought with him and burn the hidden images from the red box before falling into a drunken stupor.

Waking up with a brutal hangover, Wes discovers that his pants were burned during the night and that he is about to be sick. Taking refuge in a bathroom that has seen better days, he throws up all his guts as soaring orchestral music plays. After his stomach has been cleansed, he hears a voice speaking to him from the adjacent booth. Confused, Wes looks over to see a drawing of a monster of some sort that has a glory hole in the middle. He then proceeds to strike up a conversation with his co-worker in the bathroom, which is delivered with a delightful sense of swagger that can be turned quite creepy by none other than JK Simmons. Wes, disoriented and disgusted by the contents of the bathroom, soon tries to disengage from further conversation. However, he will soon discover that he is going to be detained here for a while. The door he entered has been sealed, leaving him trapped with his new found bathroom mate. While the voice emitting from the booth sounds human, it’s shrouded in darkness and Wes can’t get a good look at it. I won’t reveal who or what this creature is, as the film takes its time to fully lay all its cards on the table. Once it does, it might not be a royal flush, although this bathroom bonanza has more than enough good plumbing to make a solid straight flush anyway. Even when it gets clogged up here and there, it eventually clears a path.

But enough with jokes that dance around the concept of poo, because while it’s a big aspect of the film to boot, the best parts are the more anarchic and absurd moments. Running just under a brisk eighty minutes, it refreshingly knows when to call it a day so as not to overstay its welcome. Simmons, in particular, enjoys himself without depending on inhibiting it, playing his character as a strange force of both horror and humor to Kwanten’s straight husband. The back and forth they have is what much of the film hinges on. With a lesser actor providing the voice that drives everything that happens, it could have easily fallen to feeling like a gimmick without any other major focus. Indeed, there are parts where it risks falling into it. Fortunately, Simmons brings both the necessary amount of gravitas and gregariousness to draw us back in. While it could all too easily have been a one-note interpretation, he makes sure the more serious moments set up the punchlines perfectly. There’s a scene where he tries to give a monologue about what’s happening, but he keeps getting cut off. This is made funny precisely because of how strictly Simmons chews up the dialogue. It turns what could be just an exhibition into something both more joyful and youthful.

It’s an experience liberally sprinkled with pink light before being flooded with it, turning into a film that leans into its excesses with abandon in a gory conclusion. The repeated use of swelling music is used sparingly enough not to overdo it or become a crutch for the comedy. Instead, it just cranks up everything at key moments to secure some of its best… let’s just say kills. Some well-timed editing maximizes the impact of the jokes and helps leave the necessary horror elements up to the imagination. Even when we can’t see everything, our minds fill in the gaps to make the gags and gags that hit Wes land. Is this all divine punishment? A terrible dream? A bit of both? The film is not built around mysteries, although there are some revelations that feel quite unnecessary towards the end. This is built on flashback scenes that lack the same bite as the main situation Wes finds himself in and ends up dragging the pace down. If anything, it cheapens the experience. Just having a guy end up trapped in a rest stop is a solid enough premise for what this movie intends to do. These missteps aside, it achieves everything it needs to when it counts. This one is for the sick among us, myself included, who are looking for a movie about the macabre manic madness.

You can see Lovely at Fantasia Film Festival and at Shudder starting August 15. 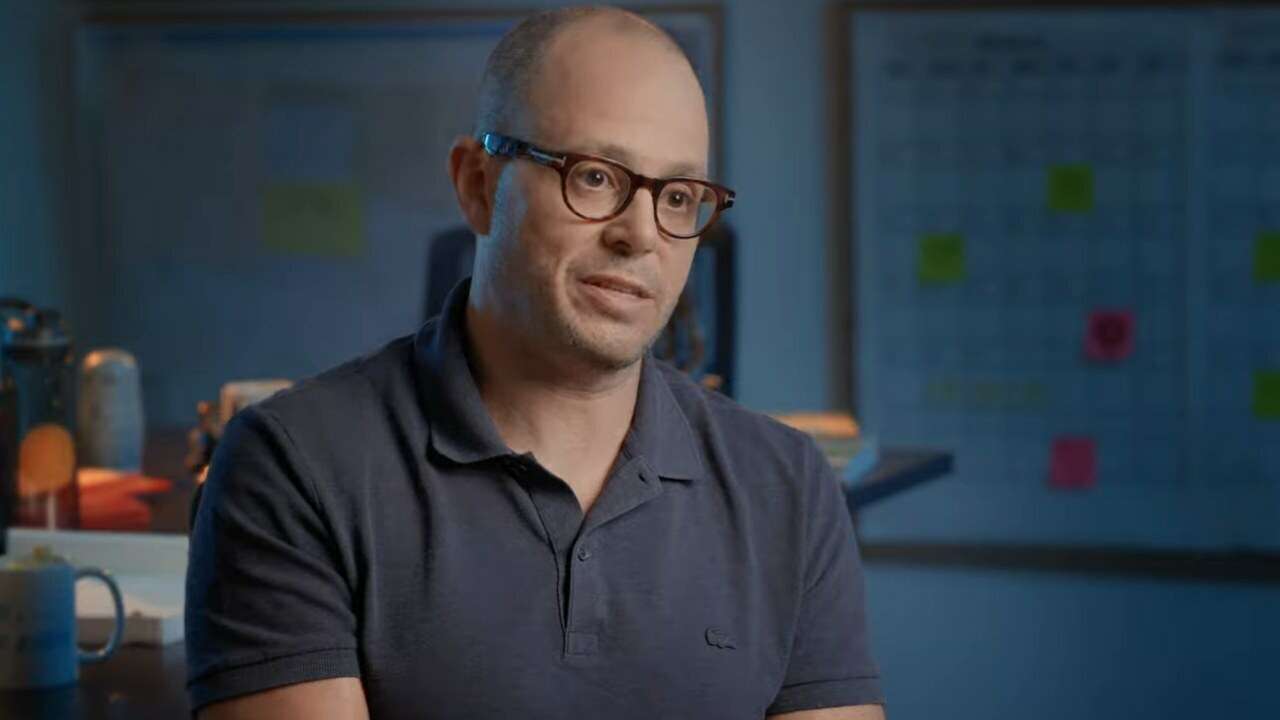 These Mexicans keep the mural tradition alive, a century after Diego Rivera