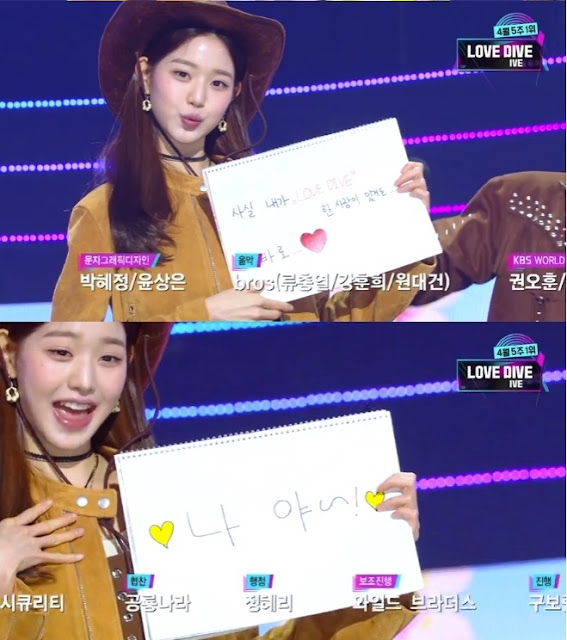 Video: Jang Wonyoung’s encore scene … plays with a sketchbook because she does not want to sing live

1. [+275] The reason K-Pop became famous was for its talents … I can not believe that a singer like her won # 1. She seems stressed, even crying over it … but does she never practice singing ?? Or does she just not pay attention when you tell her something to do? Her general mindset seems far from what you would expect from a singer. There’s a video where she sings a famous international song and I’m wondering if it really is her song .. because it’s so different from her life. Seems strongly auto-tuned .. It’s so bad, why does she keep doing this?

2. [+268] This is because children like her, who have no talent but who are just a beautiful face, are gaining so much popularity that people assume that idols have no talent. I would not deny that a beautiful face is a skill in itself, but I do not see a long career as a singer if you do not have the singing or dancing skills to back it up.

4. [+126] Why is it only Jang Wonyoung who gets into so many controversies ㅜㅜㅜ I feel so bad … Wonyoung unni, start singing

5. [+143] Dreamcatcher sang live to the last, even through tears … They cried but still sang well. The point of a singer is to sing ~ it’s really unfortunate.

6. [+42] I agree with the video. The point of an extra number is to sing live. It was so obvious that she was trying to get out of singing live with her little sketchbook. What a swallow.

7. [+89] This is a little embarrassing. We have so many talented singers in our country, but K-Pop idols are the most famous internationally, and something like this makes me wonder what other countries may think of our talent … They probably think our singers are just beautiful dolls.

10. [+133] I understand that Wonyoung wanted to express her gratitude to her fans, but she really needs to stop disappointing them and start singing live during encores. It’s okay if she’s bad, but sing at least a little bit.

11. [+17] I felt that her controversies went too far for such a young child, but today it seems that she creates these controversies for herself with the way she acts.

12. [+30] Although she is bad at singing, she should at least show an attempt at improvement ;; dance, performance, pictures, etc. are important for idols, but they are singers first …

13. [+27] Other idols are hated for being bad at singing, Jang Wonyoung is hated because everyone already knows she is bad at singing and she refuses to sing at all

15. [+126] She should have just become an Instagram star. It makes me sad to think that she pathetically writes in her sketchbook to try to get out of singing to the extra number no matter what ㅋㅋ …

17. [+47] She had obviously prepared that sketchbook because she knew she would win # 1, but look at her acting completely surprised when they announced the winner ㅋㅋㅋ

18. [+36] She should practice singing during the time she is practicing her facial expressions. ㅋㅋ