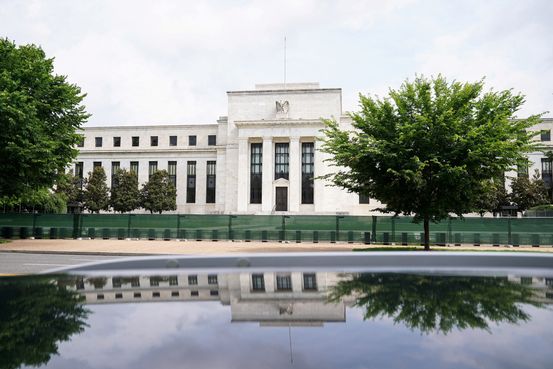 The Federal Reserve’s aggressive interest-rate rises to fight inflation are leading the central bank to do something it has never consistently done before: lose money.

The central bank’s operating losses have increased in recent weeks because the interest it is paying banks and money-market funds to keep money at the Fed now exceeds the income it earns on some $8.3 trillion in Treasury and mortgage-backed securities it accumulated during bond-buying stimulus programs over the past 14 years.

The losses don’t interfere with the Fed’s ability to conduct monetary policy, and they follow years in which the central bank earned profits of around $100 billion, which it sent to the U.S. Treasury. Those remittances reduced federal deficits, and as they end, the federal government could face marginally higher borrowing needs.

If the Fed runs sustained losses, it won’t have to turn to Congress, hat in hand. Instead, it will simply create an IOU on its balance sheet called a deferred asset. When the Fed runs a surplus again in future years, it would first pay off the IOU before sending surpluses to the Treasury.

The arrangement is akin to an institution facing a 100% tax rate and offsetting current losses with future income, said

The losses stem from some obscure monetary plumbing. The Fed’s $8.7 trillion asset portfolio is full of mostly interest-bearing assets—Treasury and mortgage securities—with an average yield of 2.3%. On the other side of the ledger—the liability side of the Fed’s balance sheet—are bank deposits held at the Fed known as reserves and overnight loans called reverse-repurchase agreements.

Before the 2008 financial crisis, the Fed kept its portfolio relatively small, at less than $1 trillion. Its main liability was the amount of currency in circulation. The Fed shifted reserves up and down in incremental amounts if it wanted to lower or raise short-term interest rates.

After the crisis, the Fed cut interest rates to zero and purchased large quantities of bonds to provide additional economic stimulus. Those purchases flooded the banking system with reserves. To maintain control over interest rates with a larger balance sheet, the Fed revamped the way it manages rates. The new system, which was already in use by many other central banks, controlled short-term rates by paying interest on bank reserves.

For the past decade, relatively low short-term interest rates meant the Fed earned more on its securities than it paid out as interest on reserves or other overnight loans. After covering its expenses, the Fed last year handed back about $107 billion to the government.

“We’ve returned close to $1 trillion to the Treasury over the last 10 years. We did not keep that revenue in the Fed,” St. Louis Fed President

told reporters last month. “Now, with the rising rates, the situation is changing.”

How would you rate the Fed’s response to inflationary pressure? Join the conversation below.

In September, when the Fed raised its benchmark rate to a range between 3% and 3.25%, it began earning less on its assets than it pays out on liabilities. The central bank is expected to raise rates by 0.75 point after its two-day meeting ends Wednesday.

“The losses can grow over time if they keep raising short-term interest rates, which it seems like they will, because the mismatch between interest income and interest expense will rise,” said Mr. Carpenter, a former senior Fed economist.

expect the Fed’s net interest losses to reach $60 billion next year and $15 billion in 2024 before it posts a surplus again in 2025. The Fed might not erase its deferred asset until 2026, when it would resume handing earnings to the Treasury.

Fed officials were briefed on operating losses at their Sept. 20-21 meeting, according to minutes of the meeting released earlier this month. Fed staffers at the meeting said the size of the deferred asset “would increase over time” and that net income would turn positive “likely in a few years.”

“At this point, they just have to live with it,” said Mr. Carpenter.

Like most central banks, the Fed doesn’t mark its assets to market but instead recognizes losses on its securities holdings only if it sells assets. The Fed is currently shrinking its asset portfolio passively, allowing up to $95 billion in securities to mature every month.

Even though the net interest losses have no impact on the Fed’s day-to-day operations, they could cause political headaches down the road, in part because they are large and novel, said strategists at Barclays in a recent report. Moreover, the distribution of Fed reserves and overnight loans in its reverse-repurchase facility could result in $325 billion in payments to large financial institutions in the next two years, they said.

An operating loss “doesn’t impede the monetary policy that we’re doing, but I do think it poses a communications problem,” said Cleveland Fed President

Rep. French Hill (R., Ark.) has introduced legislation that would prevent the Fed from funding the operations of the Consumer Financial Protection Bureau during periods where the central bank runs an operating loss. When Congress created the CFPB through the 2010 Dodd-Frank financial overhaul law, it funded the new agency with money transferred from the Fed rather than with congressional appropriations.

Mr. Hill said his legislation is designed to make more transparent the Fed’s accounting and operating income, including the use of a deferred asset for operating losses. “It is their accounting arrangement, but it is not an arrangement anyone else in the economy gets to enjoy except for them,” said Mr. Hill.

Write to Nick Timiraos at nick.timiraos@wsj.com