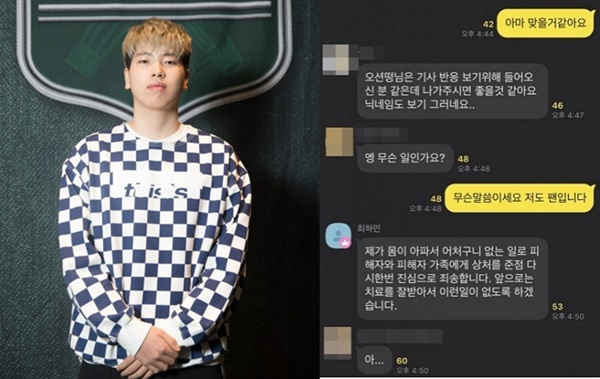 1. [+1,030, -12] I do not believe in the mentally ill excuse. He needs to be sent to a mental clinic. Why does the article not describe where he also tried to eat his feces? He has a long history of crimes, along with an incident where he groped for a woman. He is currently asking for forgiveness because he wants his career back, but there is no way anyone would feel comfortable with him back in the community.

3. [+163, -10] Keep promoting useless shows like this and you just want to encourage the young people to stop studying because you are showing that the ignorant are getting rich …

7. [+20, -1] Expel any pervert who dares to touch a child. There is no way the police would be involved if his touch just foamed the child, as he claims.

8. [+18, -0] Not everyone behaves like you just because they are mentally or physically ill. You are like * x dependent.