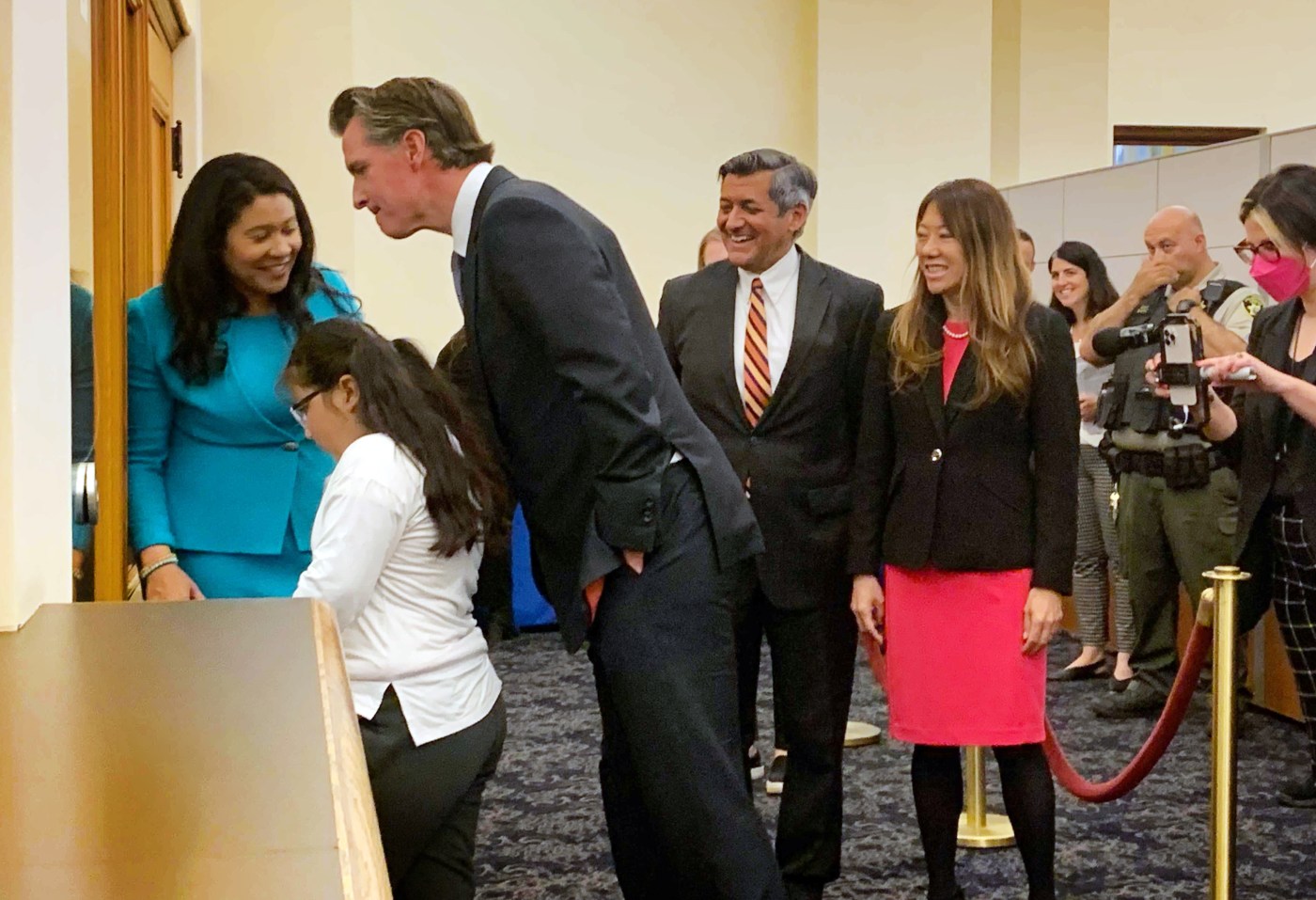 SAN FRANCISCO – At San Francisco City Hall on Tuesday, 17 first-graders from Bryant Elementary School helped pay the $ 11 million into a college savings fund that will help every elementary school student in the city get a financial head start on the cost of higher education. .

The young people were joined by Governor Newsom, San Francisco Mayor Breed, California Treasurer Fiona Ma and City Treasurer José Cisneros, who explained how the money will help them go to college.

“Who’s going to college here?” Cisneros asked the children reclining on the carpet.

“I’m not going to college,” one boy exclaimed.

“We’ll talk about that later,” Cisneros replied. No doubt he will.

Cisneros and other heads of state have a common goal: They want to give all students an equal chance to take a higher education. The fundraiser was part of a celebration and announcement that San Francisco has now raised $ 11 million in funding for college savings for public school children.

San Francisco students are not the only ones in California who will get a leg up on paying for exorbitantly expensive college applications and tuition if they choose to pursue higher education, Breed said Tuesday. More are on the way for kids in California. And recently, Los Angeles Unified launched a program that gives every first grader a $ 50 college savings account.

Newsom and Cisneros founded the San Francisco program in 2011, when Newsom was mayor, and promised to deposit $ 50 into an account for each kindergarten. Newsom and his administration have since launched CalKids, a nationwide program aimed at putting children, especially from low-income communities, on a “path to college” from an early age. The program will be available regardless of immigration status.

The state investment includes $ 170 million for incoming and eligible first classes. All children born in the state after July 1 will have opened savings accounts for them, Newsom said. Each newborn will receive a base deposit of $ 25 and can receive up to $ 75 extra to register an account online.

In July, all students in grades 1-12 will have savings accounts opened on their behalf, with low-income earners receiving $ 500, with foster or homeless youth receiving $ 500 more, up to $ 1,500 if they choose to go to college in the future.

The first set of accounts is expected to open to about 3.5 million students this year, with an estimated 300,000 students added each year after, said Danella Debel, a spokeswoman for Governor Newsom’s office.

“It is the first publicly funded universal child savings program in the country,” according to a press release from Newsom’s office.

“The accounts will be tax-distributed, allowing for investment growth potential for younger participants and ensuring capital retention to accommodate high school students who will soon be withdrawing money,” Debel said.

“When low-income children from this cohort reach first grade in public school, the intention is to make basic and supplementary deposits on these accounts, eliminating the need to create new first-grade accounts each year,” she added.

Find out more about “Spring Of Crush”: The BL Webtoon Getting A K-Drama Adaptation starring Yoo YoungJae & Kim Song