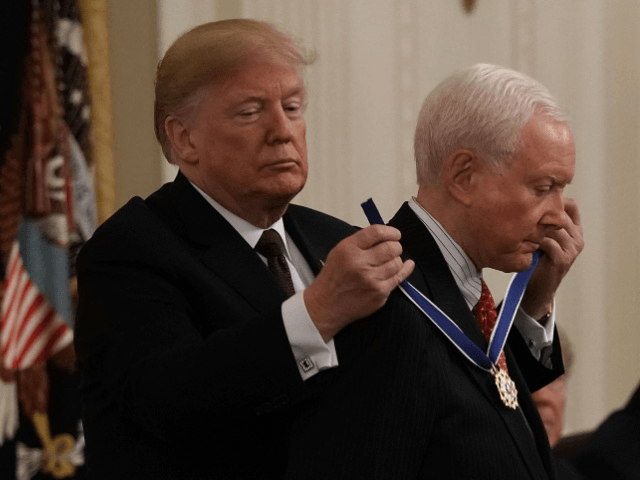 Hatch was surrounded by his family at the time of his death, according to The Hatch Foundation.

A man of wisdom, kindness, character, and compassion, Orrin G. Hatch was all that a U.S. senator should be. He exemplified a generation of legislators brought up with the principles of courtesy and compromise, and he embodied these principles better than anyone else. In a divided nation, Orrin Hatch helped show us a better way by forging meaningful friendships on both sides of the aisle. Today, more than ever, we would do well to follow his example. May we honor Orrin’s memory of living as he lived – committed to our country, our principles and each other.

Hatch was first elected to the U.S. Senate in 1976, where he served until his retirement in January 2018. With 750 bills, Hatch sponsored or co-sponsored the largest number of bills to be signed into law by any U.S. senator in history, according to the Hatch Foundation .

As chairman of the Senate Finance Committee, Hatch was instrumental in getting the 2017 law on tax breaks and jobs passed through Congress.

Former President Donald Trump awarded Hatch the President’s Medal of Freedom in November 2018 following his retirement from the Senate. Trump expressed his “deepest condolences” to Hatch’s family in a statement.

I would like to express my deepest sympathy to the family of the great Senator Orrin Hatch, his wife Elaine and his six children. Orrin was a true warrior for our country, for freedom and for his beloved state of Utah. He was as smart as he was kind, and as tough as he was smart – he loved America, and his contribution to our country was enormous. His legacy will surely live on through the many lives he influenced. May God bless Orrin Hatch.