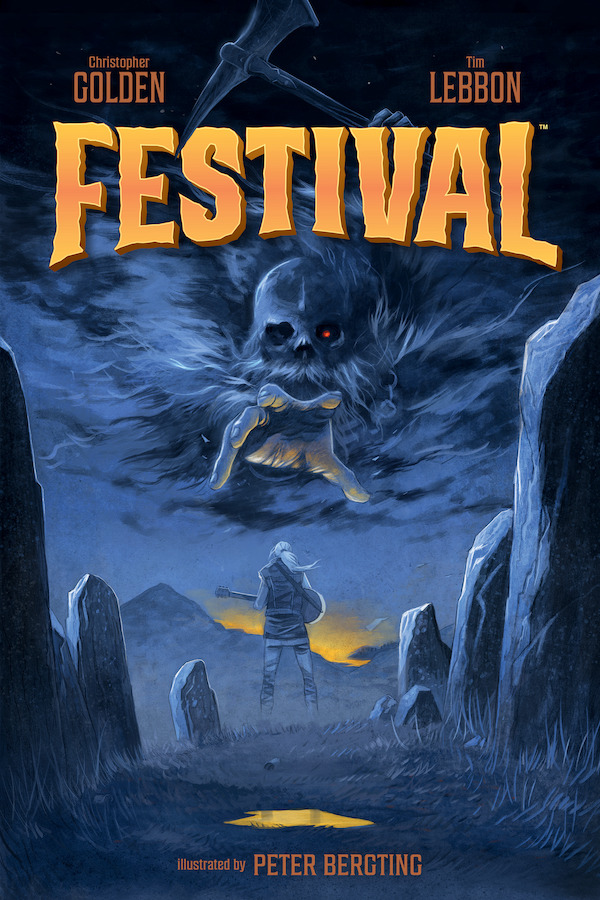 New York Times bestselling horror writers Christopher Golden (Ararat, Road of Bones, Hellboy: The Bones of Giants) and Tim Lebbon (Eden, the last storm) weaves a new tale of terror in the horror novel Festival, from Dark Horse Books. This hardcover edition will include a cover and illustrations by Peter Bergting.

The Valhalla music festival commemorates a long-ago Viking massacre, but when strange things start to happen, it seems that the massacre is far from over. When festival goers begin to disappear and musicians find themselves playing mysterious and ancient songs as if they were obsessed, fans must find out what’s going on before the festival site’s haunting past returns for blood.

Praise to The path of the bones by Christopher Golden:

“Golden writes at the top of his game.” –Publisher’s Weekly

“[A] horror-thriller-hybrid that will cool even the most exhausted readers … Give fans of the emotional, yet provocative, nature-inspired horror like The Only Good Indians (2020) by Stephen Graham Jones or Wonderland (2020) by Zoje Stage. ” —Book List (Starred Review)

“The writing is lean, muscular. Readers will feel the cold (and the horror) in their bones … An important read for horror and supernatural thriller fans.” –Library Journal (star rating)

Praise to Eden by Tim Lebbon:

“This is a true page turner that seamlessly mixes elements from different genres, from horror and science fiction to classic fairy tales.” – BookPage

Lebbon offers strangely beautiful and awful images reminiscent of those delivered in the theatrical version of Annihilation, and many times I was left cooled by his depictions of a relentless nature determined to thrive and grow. A really gripping and terrifying read. ” – Cemetery dance