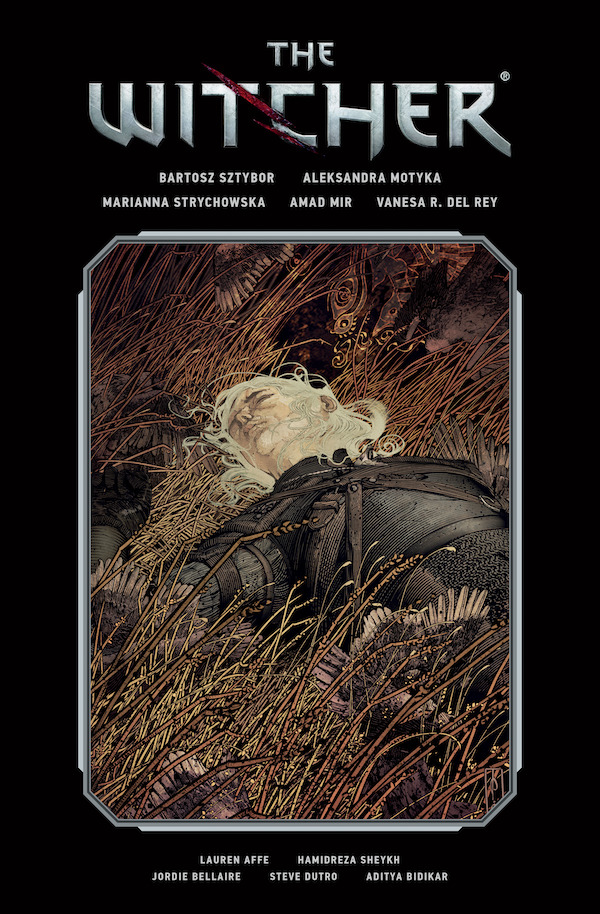 Collects ‘The Witcher’ volumes 4-6 in a beautiful, luxurious hardcover!

Geralt is summoned by an old acquaintance to help solve a mystery involving his daughter. After the investigation, Geralt is surprised to find dandelion, and the duo is unexpectedly transported to areas outside. Next, Geralt receives a request from the mayor of Badreine, a small town where an unusual herd of mists attacks children. . . but something feels out of this new threat. Then the flames rise while a witch is burned at the stake. Nightmares plague Geralt’s vision when he sees the burned witch appear in front of him – which brings an ominous warning. And in a bonus story, a young necker takes on an unpredictable journey through the forest.

On more than 300 pages is the second volume of The Witcher Library Edition tells of Geralt’s wayward path in three independent stories – from reunions with familiar faces to clashes with cunning new enemies.