– The “Billion Meals” initiative reaches its goals before the end of the blessed month of Ramadan and consolidates the name of the UAE as synonymous with humanity and gives – Mohammed bin Rashid: The Billion Meals campaign expresses the true values ​​of the people of the Emirates and expresses the feelings of this people of the suffering of others in the midst of food conditions and challenges that the world is witnessing.

– Mohammed bin Rashid: Thank God we end the “One Billion Meals” campaign with a record number of 600 million meals so far … donated by institutions, companies, businessmen and 320,000 individuals.

Mohammed bin Rashid: Today we announce a personal support for the 400 million meals campaign to complete one billion meals.

– Mohammed bin Rashid: I thank everyone who has contributed, participated, encouraged and interacted with the largest humanitarian campaign in the country’s history to feed food in fifty countries around the world.

– Mohammed bin Rashid: The UAE supports the needy, helps the insolvent, supports the weak and hungry everywhere, and its initiatives support humanity, benefit humanity and invest in people for a dignified life and a better future.

– Mohammed Al Gergawi: His Highness Sheikh Mohammed bin Rashid Al Maktoum’s contribution to completing the billion meals is an example of integration between the rational leadership and the Emirati people, whose leadership is seen as a model for giving and compassion.

The number of donors reached 320,868 and the list of major donors included Mohammed bin Rashid Charity with an amount of 31 million dirhams.

Early distribution of food and food packages began in 13 countries.

DUBAI, April 27 / WAM / His Highness Sheikh Mohammed bin Rashid Al Maktoum, Vice President and Prime Minister of the United Arab Emirates and ruler of Dubai, announced the successful conclusion of the “One Billion Meals” initiative and the achievement of its goal of delivering a billion meals for the needy and emphasizes that the campaign expresses values. The real people of the Emirates in helping the needy.

It came in a post from Hans Højhed on Twitter, in which he revealed the campaign’s success in collecting 600 million meals, and Hans Højhed’s contribution to 400 million meals to complete the billion meals. He thanked all the contributors to the biggest initiative in providing food support to poor and needy, especially vulnerable groups of children, refugees, displaced and affected people, disasters and crises around the world.

His Highness Sheikh Mohammed bin Rashid Al Maktoum said in his blog: Praise be to God, we end the campaign “One Billion Meals” with a record number of 600 million meals so far … donated by institutions, companies, businessmen and 320,000 individuals .. and today we announce personal support for the campaign with 400 million meals. To complete a billion meals ..

We ask God to accept from us and from you to fast, read the Quran and feed food in this holy month.

His Highness added: The One Billion Meals campaign expresses the true values ​​of the people of the United Arab Emirates and expresses these people’s feelings of the suffering of others in the midst of the food conditions and challenges that the world is witnessing. I thank all those who have contributed, participated, encouraged and interacted with the largest humanitarian campaign in the country’s history to feed food in fifty countries around the world .. God save the Emirates .. God save the people of the Emirates.

His Highness emphasized that the UAE supports the needy, helps the insolvent and supports the weak and hungry everywhere, and its initiatives support humanity, benefit humanity and invest in people for a decent life and a better future.

/ Liquid donations / The “One Billion Meals” initiative reached its goal in less than a month after contributions from 320,868 donors accelerated the achievement of the initiative, which aims to feed food in 50 countries around the world, and the influx of contributions from individuals, businesses, public and private institutions, businessmen and pioneers in charitable and humanitarian work in the Emirates through the website, bank account, text messages and initiative call center.

/ Innovative events in support of the initiative / The qualitative events that supported the initiative also played an important role in achieving the goals in record time, including the “Noble Number” charity auctions for distinguished numbers in Dubai and Abu Dhabi, the tender run for government institutions, companies , schools and educational institutions, and “One Million Campaign” a meal with surplus food.

/ Early launch of distribution activities / The campaign’s achievement of its goals was accompanied by extensive community interaction at various levels with individual and institutional donations and moral support through digital platforms and social media, and the start of early distributions of food and food packages in 13 countries.

/ Full support for humanitarian issues / His Excellency Mohammed Abdullah Al Gergawi, Secretary-General of Mohammed bin Rashid Al Maktoum Global Initiatives, confirmed that the achievement of the “One Billion Meals” initiative, less than a month after its launch, consolidates the United The position of the United Arab Emirates as a global capital of charitable and humanitarian work and a beacon of relief work. Including a helping hand and charity for the most needy groups around the world, regardless of race, skin color, gender or religion.

His Excellency said that the record results, which exceed the expectations of the “One Billion Meals” campaign, confirm that the UAE is led by His Highness Sheikh Khalifa bin Zayed Al Nahyan, the President of the State, “may God protect him”, and with guidance and support from His Highness Sheikh Mohammed bin Rashid Al Maktoum, Vice President and Prime Minister of the UAE and ruler of Dubai, may God preserve him, and his brother, His Highness Sheikh Mohamed bin Zayed Al Nahyan, Crown Prince of Abu Dhabi and Deputy Commander of the Armed Forces, continues to promote its humanitarian mission globally as an effective contributor to international efforts to confront and overcome humanitarian challenges, and through its constant zeal to provide support Full coverage of humanitarian issues in the region and the world.

His Excellency added that the “Billion Meals” campaign and other humanitarian initiatives launched by the UAE are a continuation of the legacy of the founder and pioneer of charitable and humanitarian work, the late Sheikh Zayed bin Sultan Al Nahyan, “may God rest his soul” , which established a distinguished approach and a unique method of promoting aspects of charitable work. And the humanitarian, the wise leadership of the state followed and was able to achieve a qualitative leap in the areas of relief through many innovative initiatives, including the food-feeding initiatives that coincided with the blessed month of Ramadan each year, which evolved from 10 million meals two years ago to 100 million meals last year, then expanded to become one billion meals this year, in the middle of a record attendance for contributions from philanthropists, white-handed people and benefactors.

His Excellency pointed out that the contribution of His Highness Sheikh Mohammed bin Rashid Al Maktoum, Vice President and Prime Minister of the United Arab Emirates and ruler of Dubai, “may God protect him”, to complete the one billion meals is an example of integration between wise leadership and emirate peoples who see their leadership as a model for giving and compassion, and from there derive the deepest meanings of goodness, inspiration and solidarity with people and communities in need.

His Excellency Mohammed Al Gergawi stressed that the campaign’s achievement of its goals in less than a month reflects the depth of values ​​to give, charity and generosity rooted in the mind and conscience of UAE society as an inherent Emirati culture, and emphasized that The campaign would not have achieved these record results without the support and directives of the rational management and partners’ efforts The campaign was launched by national authorities, institutions and companies, and if it were not for the contributions of philanthropists who united their efforts to help achieve the noble initiative goals, in particular to participate in the eradication of hunger and malnutrition globally by providing food security to hundreds of millions in 50 countries around the world.

“The Noble Number” Auctions Affected the Initiative / “Noble No.” – The distinguished number charity auction in Dubai raised 53 million dirhams for the “Billion Meals” initiative, followed by the Noble No. auction supporting the Abu Dhabi initiative The police, who obtained 111 million dirhams, both in person and online.

/ Joint efforts / In just two weeks, the “One Million Meals Campaign” organized by the Emirates Food Bank in support of the “One Billion Meals” initiative succeeded in surpassing its goal of collecting more than one million meals in collaboration with its partners from hotels , restaurants and supermarkets in the country.

/ Institutions and schools give race / The tender run for state institutions, companies, schools and educational institutions helped to provide institutional support and create a comprehensive community movement for the “Billion Meals” initiative, which was better known, and raise donation figures for it through the digital wallets created of the participants in the give race, whose proceeds were poured in support of the initiative via the crowdfunding platform YallaGive.

/ Another complementary campaign / Contributions from donors from individuals, institutions, economic events and business sectors to the “One Billion Meals” initiative amounted to hundreds of millions of meals, which add to the total 220 million meals obtained with “100 million Meals “campaign and ended to weave a food safety net for the needy around the world.

/ The One Billion Meals Initiative / “Billion Meals” The initiative, the largest of its kind in the region, represents the values ​​of the Mohammed bin Rashid Al Maktoum Global Initiatives, which aims to involve everyone in the charitable and humanitarian work of individuals and institutions from different sectors in the United Arab Emirates and the world with its focus on the concept of community funding Providing sustainable food support and elements of food security to the most needy groups and opening the door to participation in a comprehensive community movement with the aim of weaving a network for those who do not find food to feed himself.

The Billion Meals initiative collaborates with international, regional and local partners, such as the World Food Program, the network of regional food banks, the Emirates Food Bank, the United Nations High Commissioner for Refugees and charitable, humanitarian and social associations. in the countries covered by the initiative to deepen the positive impact of the initiative Expand the circle of those it associates with aid, assistance and human solidarity. 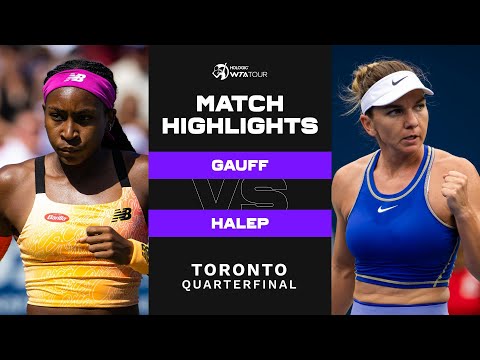