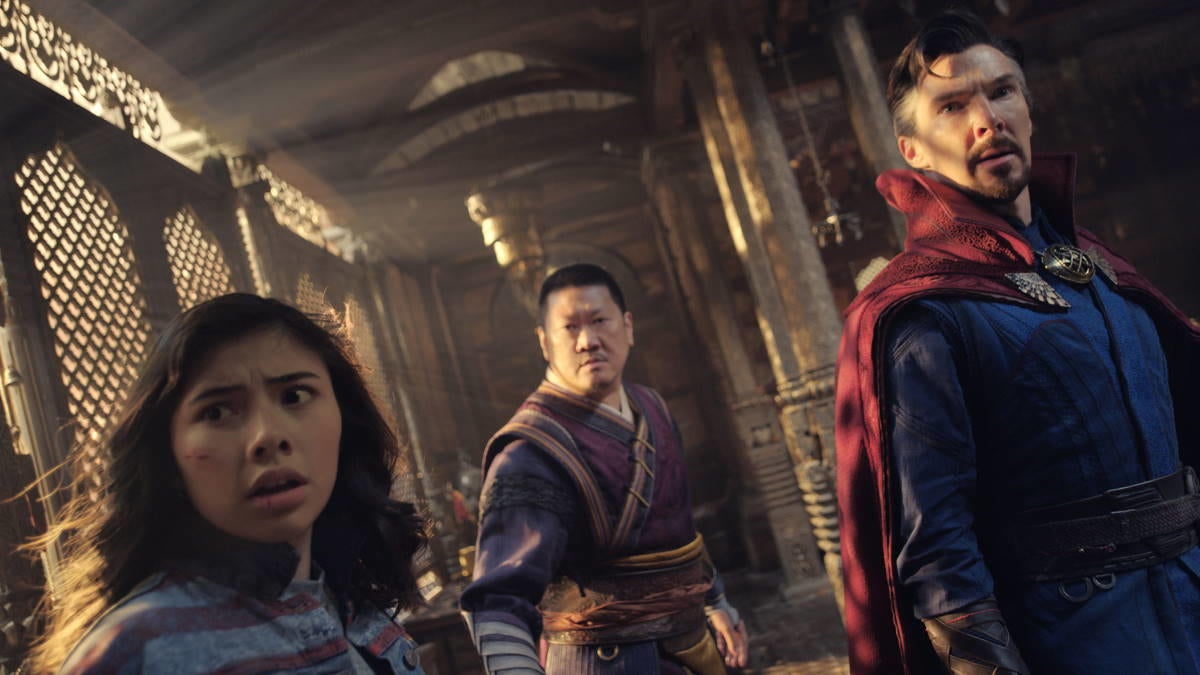 Doctor Strange in the multiverse of madness dives headlong into the Marvel multiverse when it opens this week. Working across universes had a learning curve for the movie stars. ComicBook.com spoke with Benedict Wong, who returned as Wong, and Xochitl Gomez, who debuted as America Chavez, about it on Doctor Strange in the multiverse of madness premiere. Wong joked that Gomez had it easy as her character can come and go as she pleases. The rest of them had a more challenging time. “I think, for us, it took a couple of weeks, definitely,” Wong says. “And we felt them – 615, 616 – inside a kind of quantum field happening at the same time.”

Gomez commented on how difficult it could be to keep track of what universe they were appearing in at any given time. “Also putting stickers on who is in each one and all that,” she says. “Especially when you record, one day it’s part of this scene, the next day it’s all this other part of the script. It can get a little confusing, so definitely have notes about what universe and all that.”

America Chavez’s story is more closely linked to the multiverse than most Marvel heroes. Marvel Studios boss Kevin Feige spoke to this at the premiere.

“I think when people watch the movie, just like it is in life, it’s not one thing that defines a character,” Feige said. “As Xochitl said, she’s a 14-year-old girl who finds out about this very traumatic element of her life that is not the LGBTQ issue, it’s the fact that she keeps getting thrown around in the Multiverse several times. “To be truthful about it and show it, and that’s not what the film is about, but it’s an important part of the character she stays in the comics. We would like to touch on that.”

In Marvel Studios’ Doctor Strange in the multiverse of madness, unlocks the Multiverse MCU and pushes its boundaries further than ever before. Travel into the unknown with Doctor Strange, who with the help of mysterious allies, both old and new, crosses the multiverse’s mindless and dangerous alternative realities to confront a mysterious new opponent.

Doctor Strange in the multiverse of madness opens in theaters on May 6th.