Like many Americans, I remember every detail of September 11, 2001, as if it were yesterday.

I was a congressional reporter in Washington, DC for the Dow Jones Newswires and got ready that Tuesday morning to cover a hearing when I noticed a picture of the Twin Towers on CNBC instead of the usual market news. I had been to New York City the week before and just missed meeting one of my classmates, Elsa Gomez, for lunch at the South Tower, where she worked on the 72nd floor as a portfolio manager for Morgan Stanley.

I had just turned off my hair dryer and turned up the volume to hear what the TV reporters were saying when the other plane crashed into the south tower at 6 p.m. 9:03. My hectic calls to Elsa’s cell phone rolled to voicemail, and then my own phone rang.

My bureau chief, John Connor, shouted, “Do you see the news?”

“Yes, I see it now. I was getting ready for that hearing,” I said.

Internet and mobile service were not far from what they are today. I had a flip phone and a pager. The difficulty of communicating on 9/11 would later cause the Dow Jones to buy BlackBerrys for everyone, but few of us had them at the time and I was not one of them. If I happened to get a direct quote from a senator or regulator who brought news, I called the main newsstand in Jersey City, New Jersey, and dictated my story to the copy table, which sent headlines and the finished stories to the markets.

My heart was racing. I drove to the Capitol and ran into the Senate side with my laptop, cell phone, journal pad, and pens. I was lucky and ran into John Glenn, the former astronaut and retired Democratic senator from Ohio. Glenn said he was told the crashes were intentional, an attack of some kind, and that he was waiting to hear about a security briefing about it.

While we were talking, a third plane crashed at. 9:37, this time into the Pentagon. A Capitol police officer grabbed one of Glenn’s arms and one of mine and shouted, “Everyone out NOW.”

We ran out to the lawn with other Hill staff, journalists and lawmakers. I was panicking. As a 30-year-old, I had no experience covering war zones. As a business journalist, I had never covered so much as a nasty tropical storm, let alone a terrorist attack. My most dangerous task was facing setbacks by the Capitol Police as I set in motion Gramm-Leach-Bliley negotiations late at night, the legislation that gave rise to the financial crisis by allowing sleepy banks to open massive commercial weapons.

We all stood around on the Capitol lawn, looking at each other without knowing what to do. I tried to call in and report what Glenn had told me, but could not get a signal. It was then that we saw the smoke billowing out of the Pentagon and heard what we thought were bombs exploding across DC

We were all horrified, except maybe David Rogers, a veteran congressional reporter for The Wall Street Journal, who liked to call me “Kid.” I saw him coolly strolling next to some staff as I ran and ducked behind a tree. Even Robert Byrd, the former Democratic senator from West Virginia, ducked behind a tree about 20 feet from me. Byrd was president pro tempore of the U.S. Senate at the time, which placed him in third place in the row for the presidency should anything happen to the president, vice president and president of parliament.

My fears became the focus. I calmed my nerves and went up to Byrd.

“Hi, Senator Byrd, I’m a reporter with the Dow Jones. Do you know what’s going on?” I asked, pointing to the Pentagon and fighter jets.

“Hell, if I know,” he replied in his signature Southern Drawl.

“Shouldn’t they have you in a safe place somewhere?”

“You would think they would,” he said.

“Isn’t there a plan to evacuate congressional leaders?”

“Apparently not,” he said, just as amazed as I was.

Other journalists and some staff gathered around him and shared what they knew. Rumor had it that bombs had exploded in the Pentagon and the State Department, and they were concerned that other bombs were being planted around the city. Most of that information would turn out to be inaccurate – the “bombs” we all heard were sonic bombs from fighter jets flying over Washington.

The impromptu staff briefing sent us off to reporters to call in what we had, but neither of us could get a cell phone signal.

A top assistant to Trent Lott, then the Republican Senate minority leader, stormed his way toward the Capitol. I ran to catch up.

“What happens?” I asked.

“Off the record, a plane is heading towards the Capitol building,” he said.

I camped at Bagels and Baguettes just outside the Capitol building, inhaled some coffee and a bagel of sesame seeds with cream cheese and tomato, and wrote my story. I paid them $ 20 to use their landline to call my editor and send the article via modem.

My bureau chief said the cell phone companies had blocked their signals so the attackers could not communicate. He offered to call my parents to tell them I was okay. He told me that my colleague who covered Congress with me was unable to get to Capitol Hill, so I flew solo.

The Capitol Police headquarters, just two blocks away, became a temporary briefing room for congressional leaders. The press corps camped outside. That was when I finally noticed how beautiful the weather was. The sky was a crisp medium blue; there was not a single cloud. It was in the low- to mid-70s, and a light breeze washed in over the city. Running had made me sweat, so I took off my jacket, feeling awkwardly informal wearing a tank top around Congress.

We waited for hours outside the headquarters for briefings. Journalists took turns making coffee rounds. Washington journalism is harsh, but there is an unwritten understanding that we let each other know if any of us miss something while we e.g. goes to the toilet or eats lunch on a stick.

The time had to be close to 11pm when lawmakers came out to say a terrorist named Osama bin Laden was responsible for the attacks. I was able to get a signal at that point and called the story in. I did not even know how to spell his name.

Congress leaders moved the last briefing of the night to the Capitol area – with a nice picture of the building in the back – for a live press conference on national television some time after midnight. I do not remember the exact time. I was wide awake but exhausted. I got home around noon. 02.45. My roommates were still up. We watched CNN play the collapse of the towers over and over again. I called my editors in Jersey City to see what I was missing; they told me to rest a bit. I got about two hours of restless sleep and was back on the Hill around noon

The next few months were some of the hardest in my career. It would take two nerve-wracking days before any of us could reach our old classmate. Elsa had left her mobile phone at her desk, while with difficulty she barely escaped the first plane crash and then collapsed from the towers. But she was safe, unlike many of her colleagues and more than 3,000 other people who died in the attacks.

I was too busy, too focused, had too much adrenaline to be able to feel anything the first few days – until Saturday night, when I had the first downtime of the week. My roommate Katrina, who was a Senate Assistant, and I shared a bottle of wine and cried ugly over heartbreaking interviews with Todd Beamer’s wife and other victims’ families.

Covering 9/11 was a landmark moment in my career.

It gave me the stamina I needed to later cover the financial crisis as a Washington-based housing and market reporter and now as CNBC’s Health and Science editor, overseeing much of our Covid pandemic coverage. It taught me to remain calm in the midst of the crisis, helped me understand the complexities of covering catastrophic events, and showed me the importance of bringing fast and accurate news to the public.

A lot of bad or semi-accurate information comes out quickly at the beginning of any catastrophic news event. You have to be picky. Who are you listening to? Are they qualified, do they have first-hand knowledge, do they have an agenda? Are they just repeating what they have heard from people you have already interviewed? Rumors can be inadvertently started or accelerated by journalists calling around and asking questions. Journalism is a first draft of history, but we all strive to get the facts straight from the start.

I do not personally take offense to people on social media who do not understand how news organizations work and blindly attack all media. There are a few news personalities and politically crooked businessmen who seem to be indifferent to the facts, and they have greatly damaged the reputation of objective journalism over the last decade. But you need to know that the vast majority of us are trying to get it right. Covering 9/11, the financial crisis and now the pandemic, public service journalism is at its most basic level and we all take that responsibility very seriously.

While this week I am editing stories about the 20th anniversary of 9/11, I am still mourning with the rest of America. While I coordinate the coverage of the Covid pandemic, I also mourn the lives lost to this recent attack out of nowhere. But it was then and still is an honor and a privilege to inform the public. 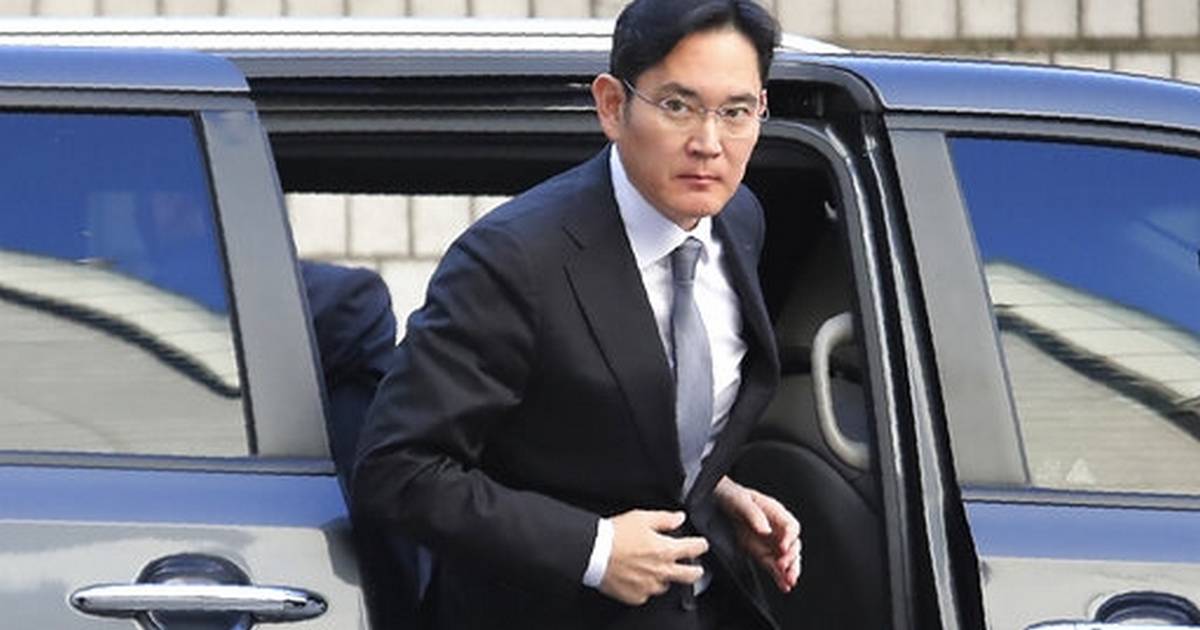 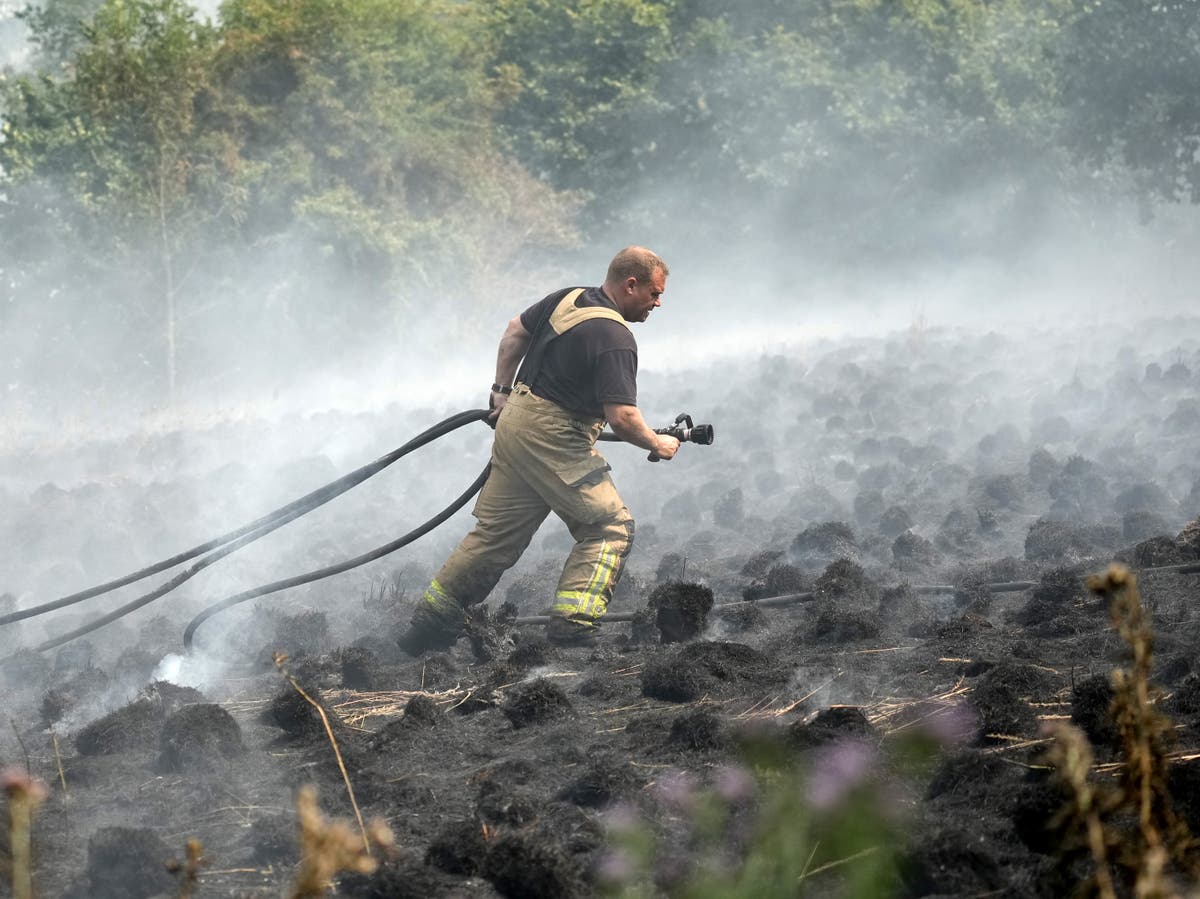