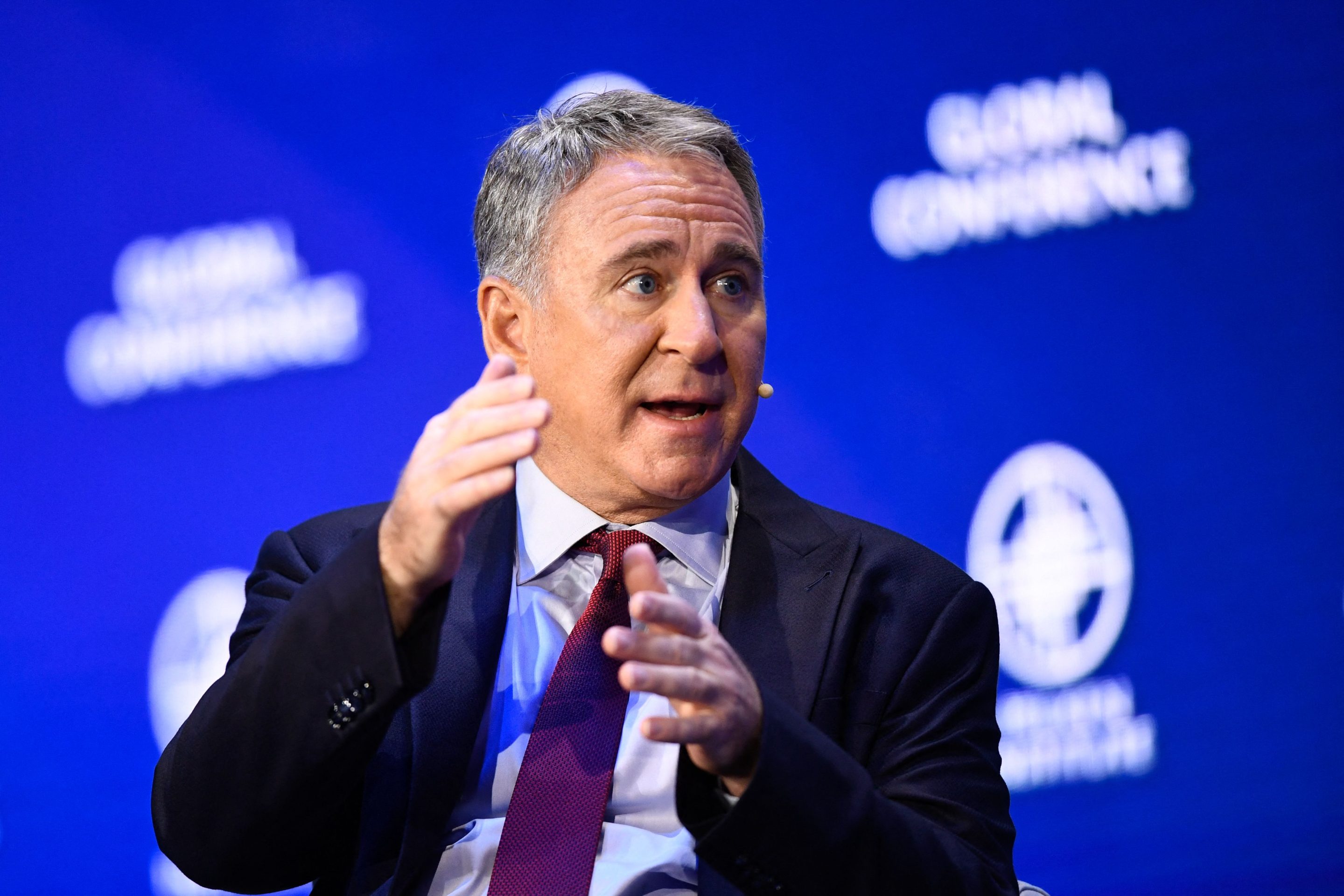 Ken Griffin, CEO of hedge fund Citadel, on Wednesday urged the Federal Reserve to continue its anti-inflation policy and warned of the dangers of allowing Americans’ inflation expectations to become “anchored.”

“We should continue on the path that we’re on to make sure that we re-anchor inflation expectations,” Griffin told CNBC at the Delivering Alpha Investor Summit.

The Fed has raised interest rates five times this year in an effort to cool the economy and reduce consumer prices, pushing the Fed funds rate to the highest level since 2008. And officials appear intent on continuing their hawkish monetary policy as long as the labor market remains strong.

Even with mortgage rates rising to their highest level since 2002, Atlanta Fed President Raphael Bostic said Wednesday he believes another rate hike of 75 basis points is needed in November, arguing that there has been “lack of progress” in reducing inflation.

Echoing Bostic’s comments, Griffin, whose net worth exceeds $29 billion, said that if inflation is not dealt with soon, it could become entrenched.

“There is a psychological component to inflation. We have to make sure that our country doesn’t start assuming that we should expect 5% or 6% or 7% inflation, because once you expect it broadly enough, it becomes into reality,” he said.

The cost of fighting inflation

Griffin’s hawkish stance comes amid mounting criticism of the Fed from economists and Wall Street portfolio managers who argue the central bank is being overly aggressive with its rate hikes and will end up causing a recession.

“We continue to believe the Fed is making another policy mistake,” Jay Hatfield, chief executive of investment firm Infrastructure Capital Management, told Assets last week. “The current rapid increase in the Fed funds rate is not necessary and significantly increases the risk of recession in the US”

Griffin admitted that rapidly rising interest rates could cause an economic slowdown or even a severe recession, citing the dire predictions of fellow billionaire investor Stanley Druckenmiller last week.

“I think the Fed has another challenge. Which is if Stan Druckenmiller is right … and we go into a deep recession late next year. Then we will have had millions of Americans unemployed back-to- back, twice in a three-year period and alternating years,” Griffin said. “And from our nation’s perspective, the loss of human capital that that entails is devastating.”

Griffin argued that Americans could become discouraged about the state of the country if a severe recession comes so soon after the pandemic-induced job losses of 2020.

“Being unemployed twice in such a short time, the diminution of job skills, career experience, derailment to future ambitions, a belief that the American Dream is not attainable: these cultural and tangible consequences are truly devastating,” he said.

The billionaire hedge funder added that if he were a Fed official, his goal would be to reduce inflation expectations without causing a severe recession. But when asked if the Fed can actually make that happen, he admitted it’s unlikely.

“No, I think that’s the really difficult dance they’re trying to do right now,” he said, adding that he believes there will be a recession and “it’s just a matter of when, and honestly, how hard.”

Griffin was then asked if Stanley Druckenmiller’s forecast of “something worse” than a recession hitting the global economy next year.

“I mean, it’s possible,” he said, quickly adding a caveat. “Here’s the problem with economics … there’s no answer, there’s just distributions. There’s just what can happen.”

The Citadel CEO went on to argue that instead of trying to predict when a recession will hit, investors should focus on smart portfolio allocation and managing risk.

“You don’t want to own so many stocks that when the inevitable recession comes you’re forced to sell at the bottom,” he said. “That’s a much more important concept for investors to understand and focus on, rather than trying to predict when the next recession will happen.”