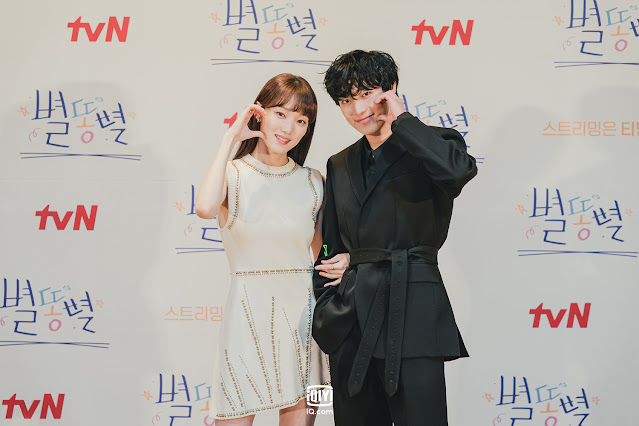 The romantic drama ‘Shooting Stars’ is now available on iQiyi – the episodes will be uploaded to iQiyi’s global page and mobile app while the show airs in South Korea. 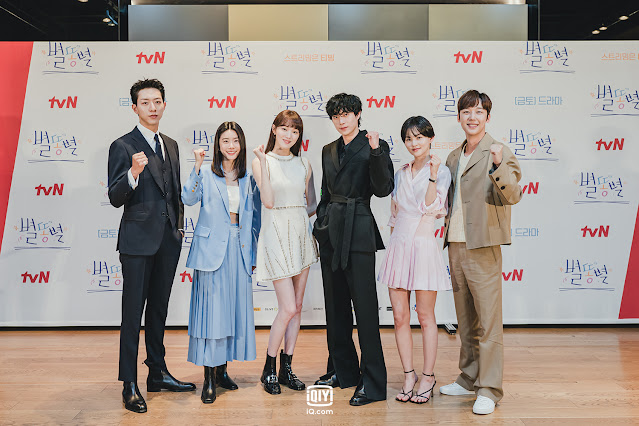 The actors and director and the upcoming iQiyi Korean drama Shooting Stars held a press conference in South Korea earlier this week on April 20 to talk about the new series, which premieres on Saturday, April 23.

Lee Sung Kyung plays Oh Han-Byeol, a PR manager at a management company that manages actor Gong Tae-Sung (played by Kim Young Dae). Although he has a wonderful public image, he is actually in a bad mood outside the eyes of the public and gets bad out of it with Oh. 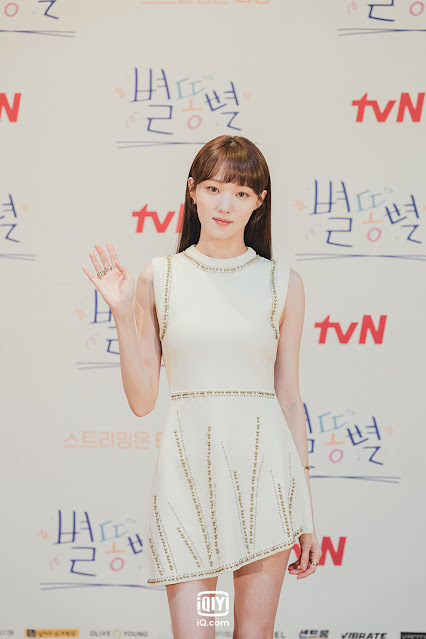 Speaking of the accuracy of Shooting Stars, which takes place in the Korean entertainment industry, the female lead Lee Sung Kyung shared that the script was almost 95% accurate in describing the reality of the scene.

“I found the script really realistic. So much so that I was worried that people would start wondering who the program is trying to portray! Fortunately, the screenwriter has handled this aspect really well.” – Lee Sung Kyung

Through her role as artist manager, Lee also found that she got to know every single role in showbiz better, and through her newfound understanding, she has grown as a person.

In addition, director Lee Soo-Hyun added that scenes like management companies going into conflict with journalists and managers having to apologize on behalf of their artists after they get into trouble are all things that happen in real life. 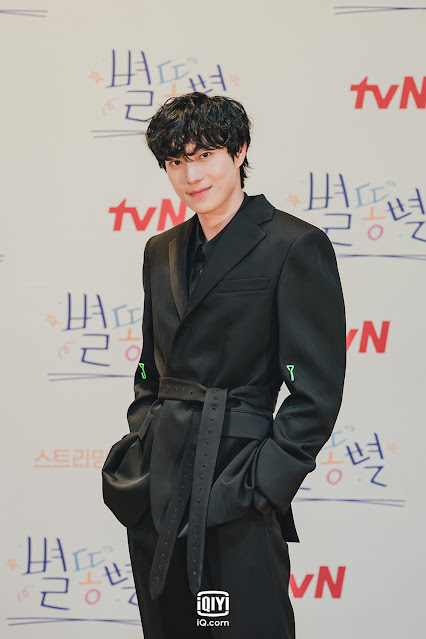 This is the first time Kim Young Dae is playing a lead role in a TV series. The actor admits to feeling the pressure and humbly added:

“Since I’m not an A-list star in real life, I found it difficult at first to portray such a role. When I started looking for inspirations and references, I realized that they were around me all the time, such as “My seniors Lee Sung Kyung and Yoon Jong-Hoon, who are both on the show. I have learned a lot from them while filming.” – Kim Young Dae

The stars were also asked if it would be possible for an artist to fall in love with an employee in real life, just like in Shooting Stars.

Kim Young Dae replied, “Love has no boundaries. I certainly believe it is possible!”

Lee Sung Kyung added: “If I really was a PR manager and had to take care of so many artists, I do not think I would have time to fall in love! But the two characters in the series knew each other in advance so it could in fact, in this case. ” 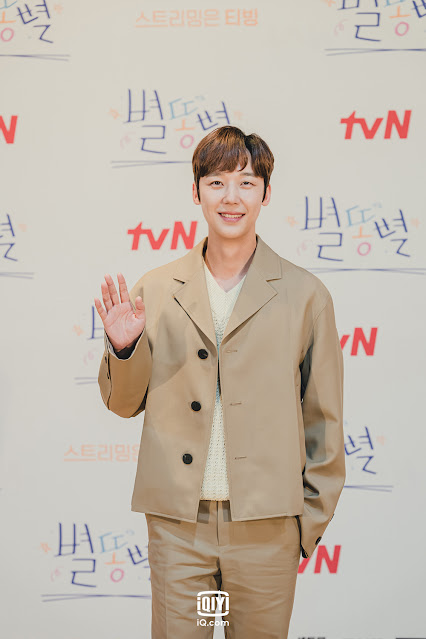 Shooting Stars marks the first time Kim Kim Dae and Yoon Jong-Hoon have starred in the same show since the popular Penthouse, and they have several scenes together in this new series. Kim shared that the two are good friends outside of shows. While Lee used to play his father-in-law in the past, he’s more like a “big brother” to Kim now. Lee also revealed that the two have visited each other’s homes as friends. 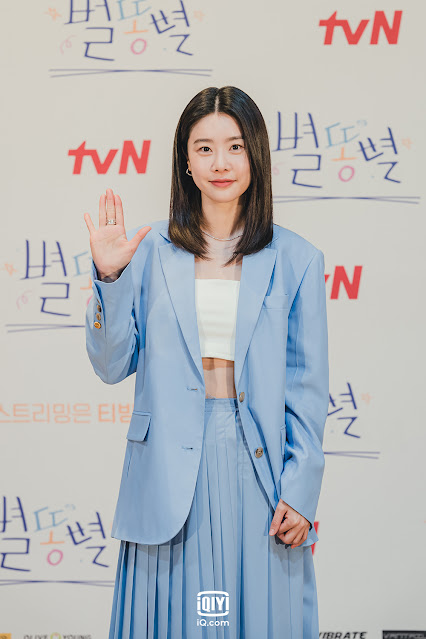 Girl’s Day star Sojin plays an entertainment journalist in Shooting Stars. She admitted that she did not know much about a journalist’s work in the past, despite having been interviewed so much. To prepare for her role, she spent three hours talking to an entertainment journalist to find out about the realities of the job. Now she’s experiencing that she’s able to tell more about a journalist’s thought process while writing an article. 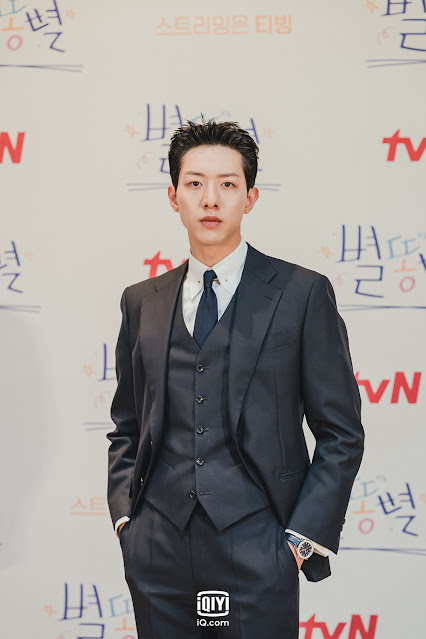 CN Blue bassist Lee Jung-Shin plays the role of a lawyer representing the management company in the series. He exclaimed humorously: “Throughout my showbiz career I have not seen or talked to a lawyer before. I hope it stays that way! The actors in this show are all very beautiful and it has spurred me to pay more attention to my own appearance. “I got a cleaner haircut and have trained throughout the film process to maintain a good figure.”

He also added that the screenwriter gave him a book written by an entertainment lawyer to learn more about his character. 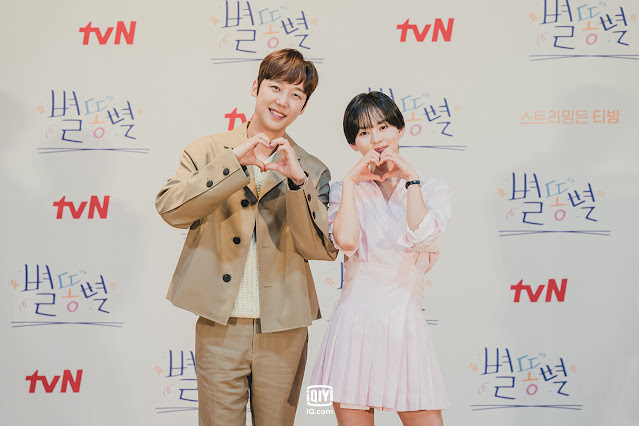 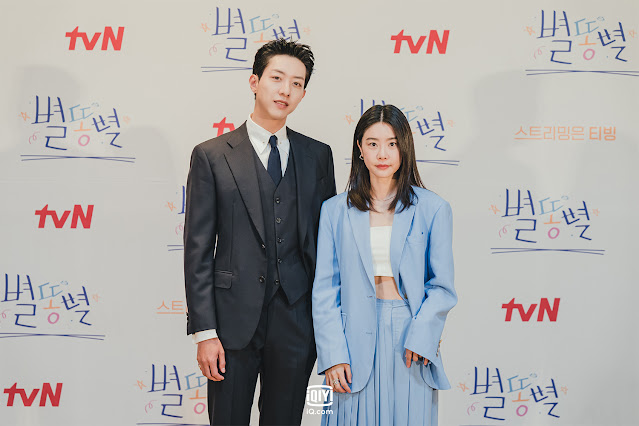 Director Lee Soo-Hyun has previously directed other dramas such as The Witch’s Diner, Awaken and Find Me In Your Memory. In addition to starring in the show, audiences can also look forward to many cameos from the likes of Choi Ji-woo, Park Jeong Min, Song Ji-hyo, Mun Ka-Young, Kim Dong-Wook, Chae Jong-hyeop, Lee Sang Woo and other actors, who has previously worked with Lee Soo-Hyun.