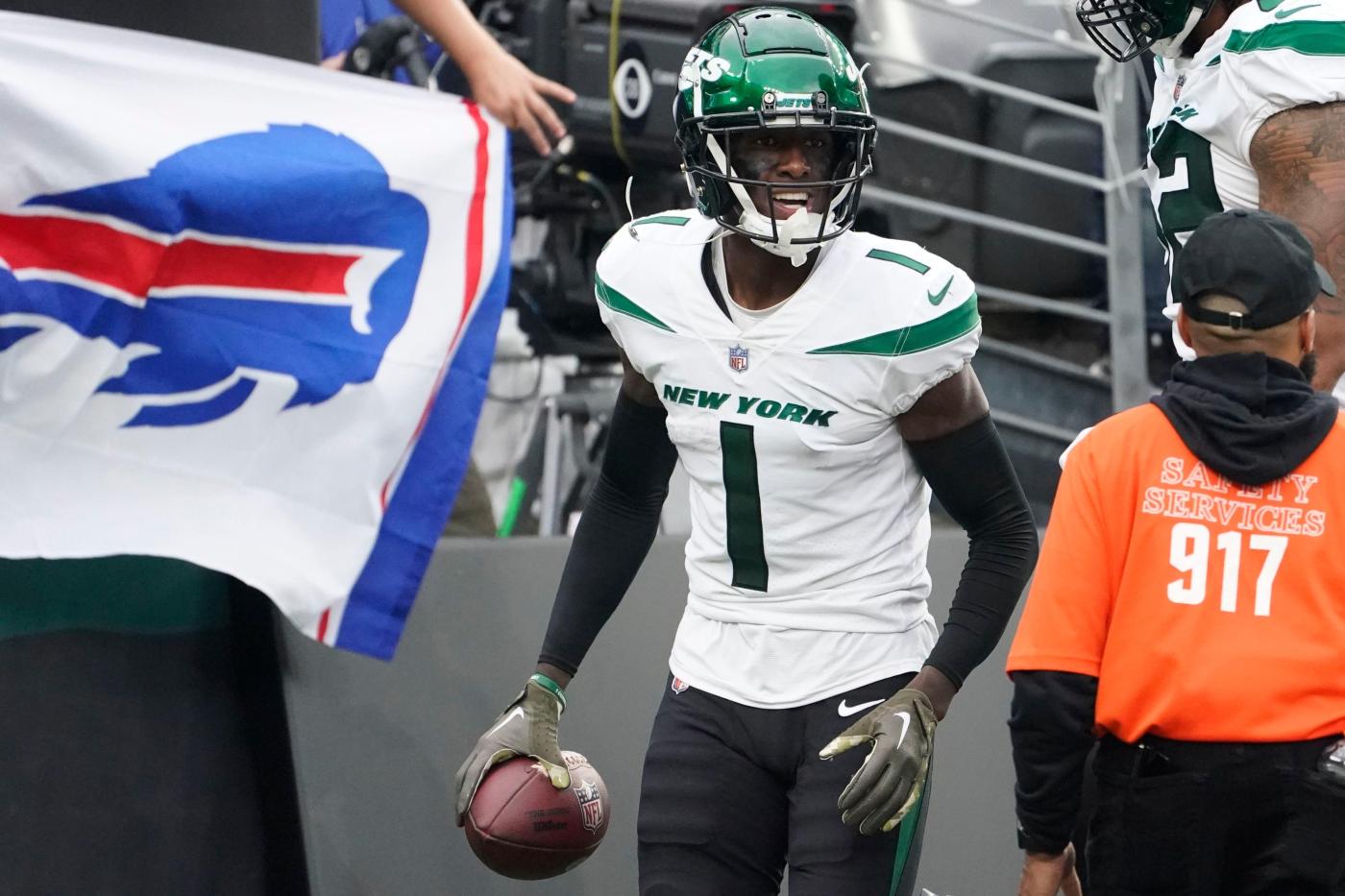 If the season ended today, the Jets would be the fifth seed in the AFC.

Too bad it doesn’t, because the Gang Green has been one of the more surprising teams in the NFL. Robert Saleh’s Jets are 6-3 heading into their Week 10 bye week and a half-game back of the Bills for the top spot in the AFC East.

After six consecutive losing seasons, Jets fans are used to talking about the upcoming NFL Draft and free agency this time of year. Saleh has fans who believe the team can end the longest active postseason drought (11 seasons) in the NFL, but so do the players.

“Obviously, before the season, nobody knew what the team was going to look like,” Jets linebacker CJ Mosley said. “Just seeing how everyone comes to work every day and how we’ve prepared this season so far.

“This bye week is going to be really big for us to get healthy, to get mentally good, to get physically right. Have some time to go away, see the family. But when we come back we have eight very good games to play and that could make or break our season.

“We’re really going to see where we really stand and where we are mentally as a team collectively when we come back from the bye.”

With eight games left in the season, it’s time to look at the Jets’ three units and predict what’s in store for the second half of the season.

The offense has been a bit of a roller coaster ride this year. Gang Green began the season with Joe Flacco under center when Zach Wilson injured his knee during the team’s preseason opener against the Eagles. The Green and White started the year 1-2 before Wilson returned in Week 4 against the Steelers.

Since then, the Jets are 5-1 with Wilson at quarterback, but they haven’t won in the most conventional way. The Jets have relied on their rushing attack to help move the ball. Rookie Breece Hall appeared headed for the NFL Offensive Rookie of the Year award before he tore his ACL in the Oct. 23 win against the Broncos.

The Jets traded for Jaguars running back James Robinson prior to the trade deadline, and he played a big factor in the team’s 20-17 win against the Bills last Sunday. Robinson rushed for 48 yards on 13 carries and also caught a touchdown pass. He created a nice one-two punch with Michael Carter, who ran for 76 yards and a TD on 12 carries.

If the Jets are going to make the playoffs, they need performances from Wilson that they got from the second-year pro against the Bills. A week after passing for 355 yards, two touchdowns and three interceptions, Wilson completed 18 of 25 passes for 154 yards, one TD and no interceptions. He also completed a career-high 72% of his passes.

In six games, Wilson has thrown for 1,202 yards, four touchdowns and five INTs.

Jets coaches and players continue to believe Wilson is the quarterback of the future. He finally showed potential and maturity against the best defense in the NFL. If he continues to get better and more consistent as a passer, the Jets will have an excellent chance to make the playoffs.

What can you say about Jeff Ulbrich’s device that hasn’t already been said? A year after finishing 32nd in the league in yards and points per game. game, the Jets are statistically one of the best defenses in the league.

Gang Green ranks seventh in yards allowed (312.0) and points allowed per game. battle (19.6). The major difference is the play of Quinnen Williams and the additions of Ahmad “Sauce” Gardner and DJ Reed to the secondary.

Williams has been the Jets’ first-half MVP as he has 33 tackles, seven sacks and six tackles for loss. In a league with the likes of Aaron Donald and Chris Jones, Williams has been the best defensive tackle this season and a strong contender for NFL Defensive Player of the Year. It’s hard to imagine where the Jets would be without Williams.

The addition of Gardner and Reed has done a ton for the defense. According to Pro Football Focus, the duo has top-five marks among cornerbacks, taking 80% of the snaps this season. Gardner ranks No. 1 with a grade of 87.8 and Reed has a grade of 80, good enough for No. 4.

Linebacker CJ Mosley is also having a Pro Bowl season as he is second in the NFL in tackles with 88 and a sack. Gang Green’s defense is good enough to keep them in every game, and it has done so up to this point.

Gang Green’s special teams unit has been hit or miss at times this year. Kicker Greg Zuerlein has made 16 of 19 field goals this season (84.2, which is 16th in the NFL).

There have been times Zuerlein has left points on the board, like in losses to the Ravens and Patriots. Overall, Zuerlein has been solid.

In general, the special teams have been good this year, as they have also recovered an onside kick, blocked a field goal and converted several fake punts.

ARE THE PLAYOFFS TALKING IN THE SECOND HALF?

Naysayers said the Jets couldn’t beat a top quarterback, but they made Bills star Josh Allen look like a below-average player during their 20-17 win last Sunday. People have also said the Jets have caught a lot of breaks along the way, but what team doesn’t at some point?

The thing is, the Jets are an improved team, and one that not only has a legitimate chance to make the playoffs, but to challenge for the AFC East division crown. Many talking heads thought the Jets would be one of the worst teams in the league, but they continue to prove people wrong every week.

Of course, Wilson’s game needs to be more consistent for that to happen. The Jets should get healthier on the offensive line, as tackles Max Mitchell and George Fant have yet to be activated from injured reserve.

Saleh said he wanted the Jets to play meaningful games in December and January, and it looks like that will happen. How far these young jets can go remains to be seen, but they are building something in Florham Park.

No one saw the 6-3 coming as Saleh and the Jets look to continue receiving receipts beyond all doubt in the second half of the season.