Chancellor Kwasi Kwarteng has been accused of “betting the house” on trickle-down economics after a “Robin Hood in reverse” budget that massively increased government borrowing to deliver the biggest tax cuts in a generation to society’s wealthiest.

After Mr Kwarteng scrapped the top 45p rate of income tax and reversed the 1.25 per cent rise in national insurance, independent economists said almost half of his £45bn cuts pounds will go to the top 5 percent of wage earners.

His package – which required £72.4bn of further borrowing at a time of rising interest rates – spooked markets, with the pound falling to a 37-year low against the dollar and the FTSE100 crashing through the 7,000 mark for the first time since June.

And senior Conservatives expressed alarm, with former Chancellor of the Exchequer John Glen warning the chancellor of the “unforgiving realities” of loosening fiscal policy at a time when the Bank of England is tightening its monetary stance in a bid to rein in inflation.

The package was announced a day after the Bank warned that Britain may already be in recession and raised interest rates to 2.25pc.

Delivering what he called a “growth plan” after just 17 days at the Treasury, Mr Kwarteng told the House of Commons that the tax cuts and deregulation promised in Prime Minister Liz Truss’ campaign for the Tory leadership were needed to “turn the vicious circle of stagnation into a virtuous cycle of growth”.

Supporters hailed the budget as the biggest tax cut package in 50 years.

But the Institute for Fiscal Studies said that after taking into account tax changes introduced by Mr Kwarteng’s predecessor Rishi Sunak, only those earning £155,000 or more would gain overall during this parliament.

Torsten Bell, chief executive of the Resolution Foundation think tank, said those earning £1m a year will get a £55,000 tax break next year thanks to the wider package.

But there will be no gains for those earning less than £12,750 and those earning £20,000 will see a boost of just £157 from the basic rate cut. Only 12 percent of the tax gain goes to the poorest half of the households.

The Institute for Fiscal Studies said the changes would leave “the vast majority of income tax payers paying more tax” in 2025/26 when Mr Sunak’s previous freeze on tax thresholds is taken into account, with only those earning more than £155,000 gaining .

In a scathing analysis, IFS director Paul Johnson said the plan “seems to be to borrow huge sums at increasingly expensive interest rates, put the national debt on an unsustainable path and hope we get better growth”.

“Mr Kwarteng has shown himself willing to play with fiscal sustainability to push these huge tax cuts through,” Mr Johnson said. “Mr. Kwarteng is not just betting on a new strategy, he is betting the house.”

The IFS predicted that government borrowing could remain as high as £110bn a year even after the massive energy aid package – estimated by Mr Kwarteng at £60bn in the first six months – expires in two years.

Future tax increases or spending cuts will be needed to pay for rising debt, the think tank said.

The city panicked in response to the surprise package, in what one analyst called “the worst day I’ve ever seen”

“By throwing Rishi Sunak’s tax hike plans on the fire, the government is taking a big bet that growth will be ignited to help the economy grow,” said Susannah Streeter, senior investment and market analyst at Hargreaves Lansdown.

“But confidence that these unfunded tax cuts are coherent policy for today’s inflationary times is going up in smoke.”

She said the government had “decided to replace leveling up with trickle down” – and accused Mrs Truss of subscribing to “an ideology that says if we just reward those who are already wealthy, the whole of society will benefit”. .

Business groups cautiously welcomed the chancellor’s mini-budget. But TUC general secretary Frances O’Grady said the government was “keeping wages down and lining the pockets of big business and city bankers”, adding: “This budget is Robin Hood in reverse.”

Royal College of Nursing general secretary Pat Cullen said it gave “billions to bankers and nothing to nurses” and urged nurses to vote for strike action in an upcoming referendum.

Savings expert Martin Lewis described the government’s “huge new borrowing” alongside huge tax cuts as “dwindling”. He said: “It’s all aimed at getting the economy growing. I really hope it works. I’m really worried about what happens if it doesn’t.”

Former US Treasury Secretary Larry Summers, who served under Bill Clinton and Barack Obama, said Britain was “behaving a bit like an emerging market turning itself into an underwater market”.

He warned that Truss’s “naive, wishful thinking” position could push the pound below parity with the US dollar, and said Britain was running “the worst macroeconomic policy of any major country for a long time”.

SNP leader and Scotland’s First Minister Nicola Sturgeon said the super-rich will be “laughing all the way to the actual bank” – and accused the Tories of “moral bankruptcy”.

By billing his package as a “fiscal event” rather than a budget, the chancellor was able to avoid subjecting his figures to the rigorous analysis normally provided by the independent Office for Budget Responsibility.

But, contrary to expectations, the Treasury said there would not be a full-scale budget in November for the OBR to assess.

Treasury Select Committee chair and Tory MP Mel Stride said the absence of OBR forecasts left a “huge void” at the heart of the plan.

Sir. Kwarteng also confirmed he scrapped the cap on bank bonuses, announced tax-free shopping for overseas visitors and set out new demands for 120,000 part-time workers at Universal to seek more and better-paid work or face having their benefits cut. 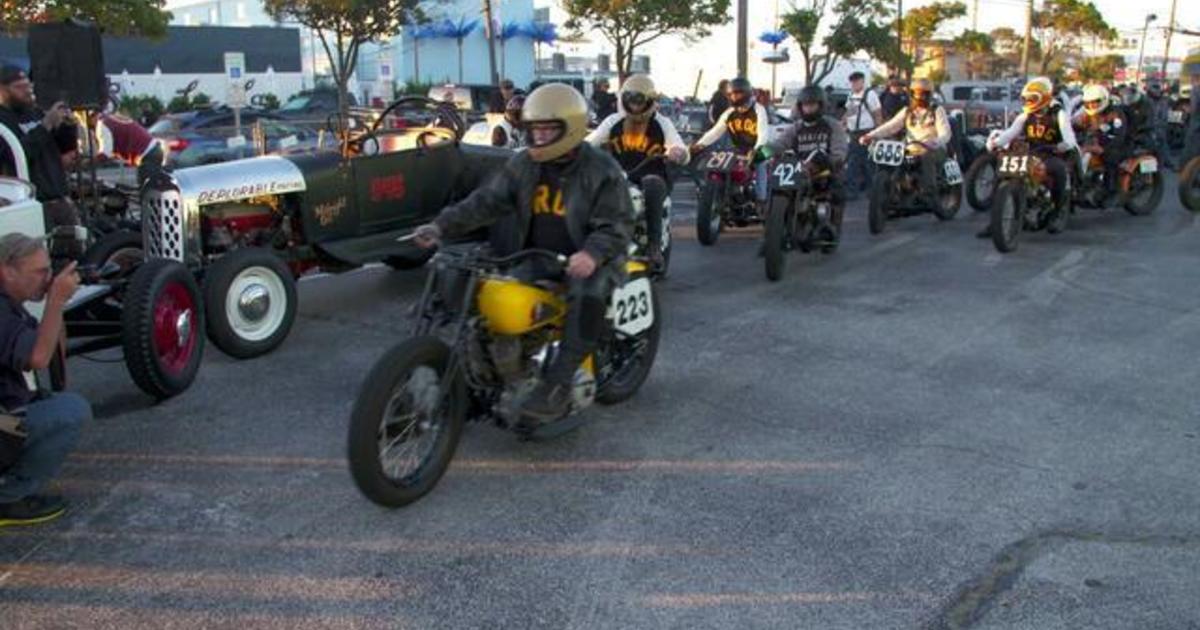 Preparations underway for “The Race of the Gentleman” vintage car event