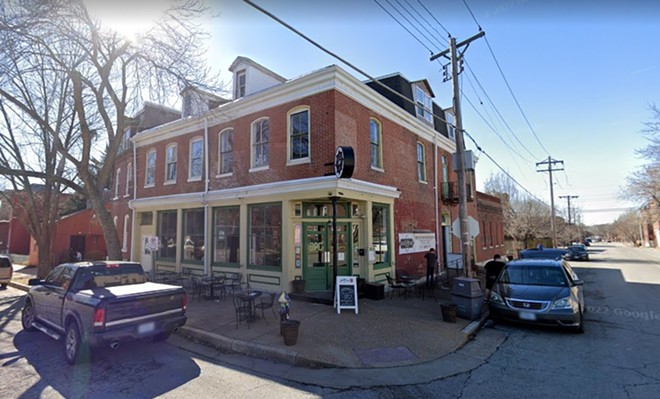 A popular neighborhood restaurant is getting a new lease of life thanks to new owners. Benton Park Cafe (2901 Salena Street), the 15-year-old southern St. Louis breakfast and lunch spot, has been purchased by local entrepreneurs Elicia Eskew and Gavin Haslett, two longtime patrons of the restaurant who look forward to carrying on its legacy. While no firm opening date has been set, the business partners hope to reopen the restaurant sometime this coming winter, hopefully by January at the latest.

“This has always been a place I’ve loved,” says Haslett. “I think it’s a great little restaurant and a great location and it was always a nice place to go and get some food. I really liked it and when it closed [in April] for the renovation, I thought, ‘OK, let’s see what happens’, but as time went on, I thought to myself that it would not reopen. It just so happened that me and my business partner had been looking to invest money in small businesses locally, so we got in touch with the previous owner. It just fit beautifully into what me and my partner wanted to do and everything just fell into place.”

According to Haslett, Benton Park Cafe’s former owner and co-founder, Jessica Lenzen, had every intention of reopening the restaurant after she closed it for renovations last April. But as she continued to get further and further along in the process—and further away from the day-to-day life of running a restaurant—she realized she was ready to hand the business over to someone else. Eskew and Haslett seemed like the right people for the job, not only because of their business acumen, but also because of their genuine love of the place. After a brief period of negotiations, the three finalized their deal about two months ago, with Lenzen agreeing to help the new owners during the transition to ensure the spirit of the place lives on.

Haslett couldn’t be happier to have Lenzen’s support.

“We want to bring back the same identity that the place had before it closed,” says Haslett. “We loved what they were doing before, so why change it? It’s a success, so we want to continue that.”

In that direction, Haslett emphasizes that he and Eskew have no plans for major changes at Benton Park Cafe. Renovations that began under Lenzen are mostly changes to the infrastructure from the back, which guests won’t necessarily notice. Out front, guests can expect a fresh coat of paint and new flooring, but the overall feel of the place remains unchanged. Haslett specifically mentions how much he always loved the works of local artists displayed on the restaurant’s walls and his commitment to keeping it going.

As for the food, longtime Benton Park Cafe fans can rest assured that Eskew and Frantzen plan to reopen with essentially the same menu served during Lenzen’s tenure. While they might add a new dish or take away an item that didn’t sell well, guests can expect the same food they’ve come to love over the years. This includes Park Avenue Coffee products, which Haslett notes were a staple of his many meals at the cafe.

Another important fixture that will remain at the restaurant is the photo of the late John Caton, who co-founded Benton Park Cafe with Lenzen in 2007. Caton, who died in June 2020, remained one of the restaurant’s guiding forces, even after his passing, and Haslett feels strongly that he and Eskew have a duty to honor his legacy as they serve as stewards of what he created in this new chapter.

“I said to Jess when we sat and talked about this that I hope she doesn’t mind, but we want his image to stay right where it is because he belongs here,” Haslett says . “This was his passion project, and when he passed, she wanted to keep it going. We also want to keep it going by remembering his legacy and continuing to build on it.”