If you pay attention to the world of photography, you may know that YouTube celebrity Logan Paul recently sold a collection of images titled 99 originals as NFTs for tens of thousands of dollars per picture.

I decided to delve into these questions and this video (above) and article is my response and critique of some of Logan Paul’s images in 99 originals collection. 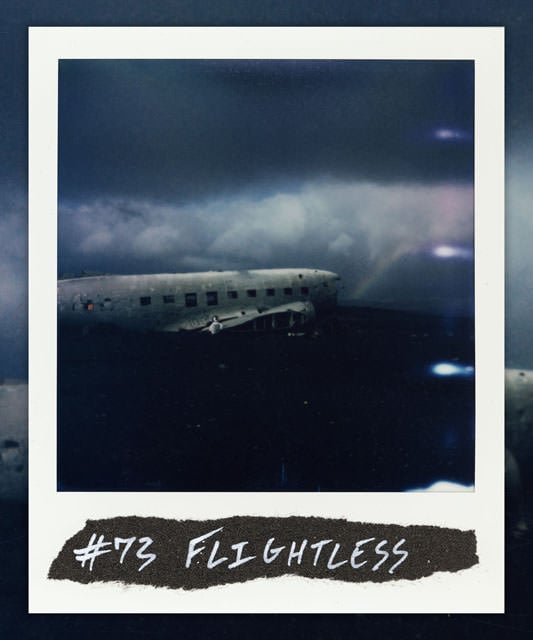 Logan shares that he took this photo just as a rainbow came over the plane. And coincidentally, he brought a large stuffed animal penguin to the shoot to add to the image.

The image is dark and there is no unique “moment” being captured. It seems like another generic photograph of a famous landmark in Iceland. 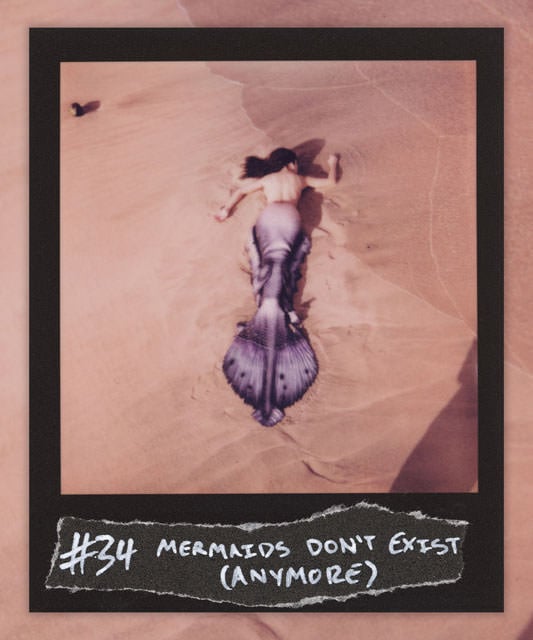 This image is of a mermaid centered on some sand. There is a shadow of, presumably, Logan taking the picture in the corner.

The juxtaposition between a mermaid – who is supposed to be in the water – and the sand creates a unique impact. 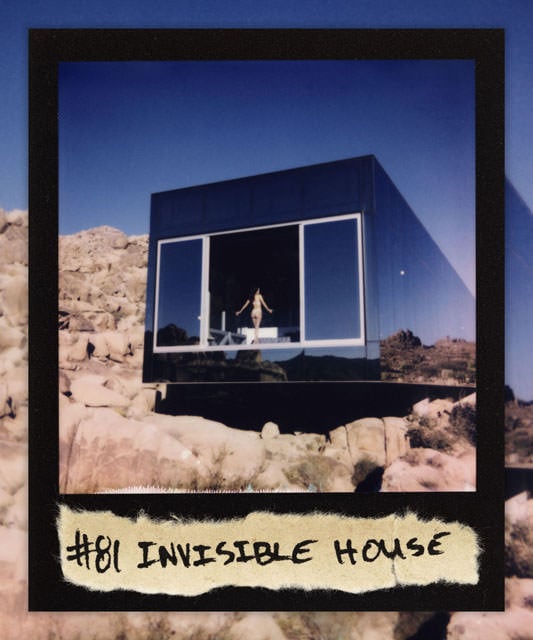 The house in this picture is one of the most expensive Airbnbs to rent in Joshua Tree. The image is striking, with the house blending seamlessly into the horizon.

Although the composition is interesting, the image does not create a special moment or feeling. 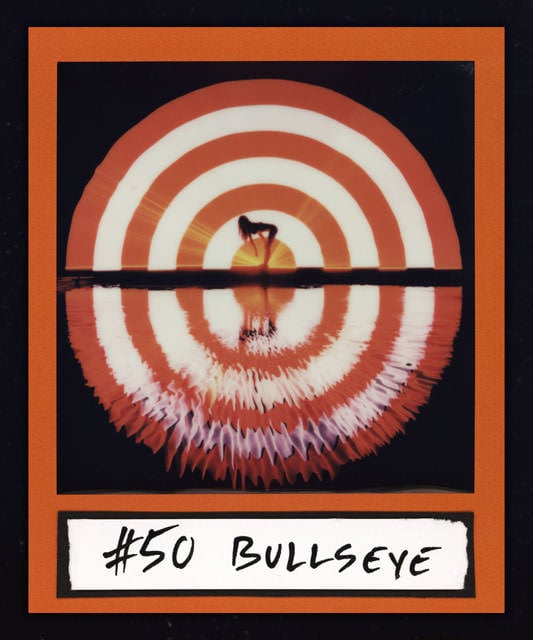 This is both Logan and my favorite image in the entire 99 Originals collection. The symmetry in the image would be very difficult to capture and therefore makes for an interesting shot.

Great composition that is very difficult to capture combined with some mystery and history. 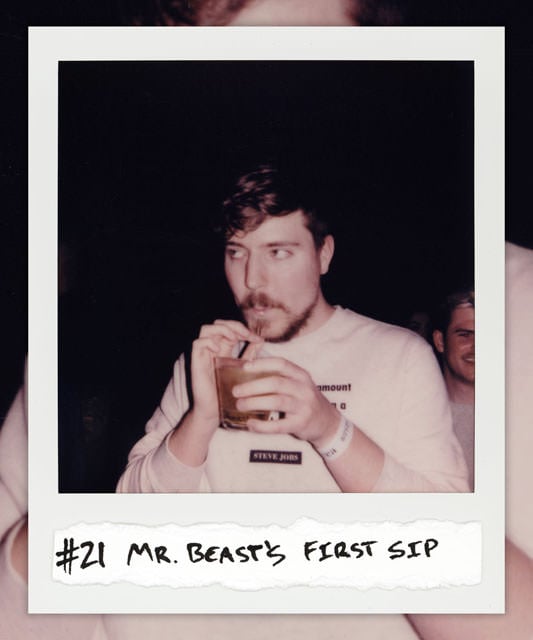 Logan says this was one of the first photos he took on his Polaroid and was nervous about figuring out what moment to capture.

The composition is not very strong and without knowing the back story, it is just a simple snap with little emotion or story. 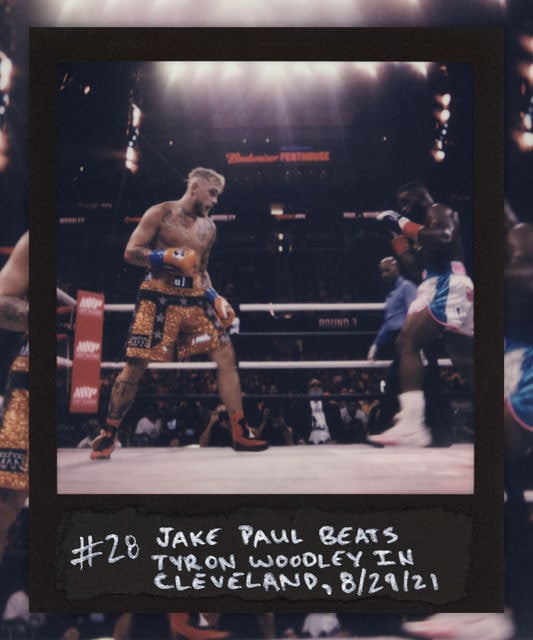 This photo captures a meaningful moment for Jake Paul – winning his boxing match against Tyron Woodley.

There could be a refinement of the composition, but that is partly because it is difficult to hit something perfectly on a polaroid camera. 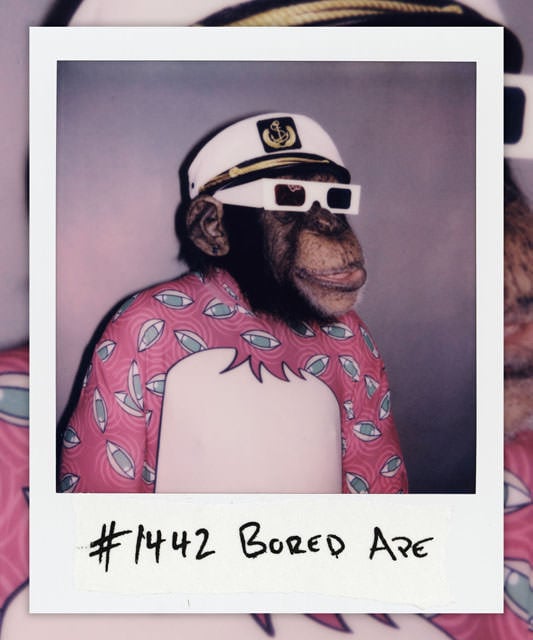 You’ve probably never seen a portrait of a monkey before! And what makes this image unique is that the monkey is wearing a custom suit based on the famous Bored Ape Yacht Club NFTs.

I’m not sure about this one – it’s a cool idea, but has some technical challenges (ie the 3D glasses aren’t the correct color). 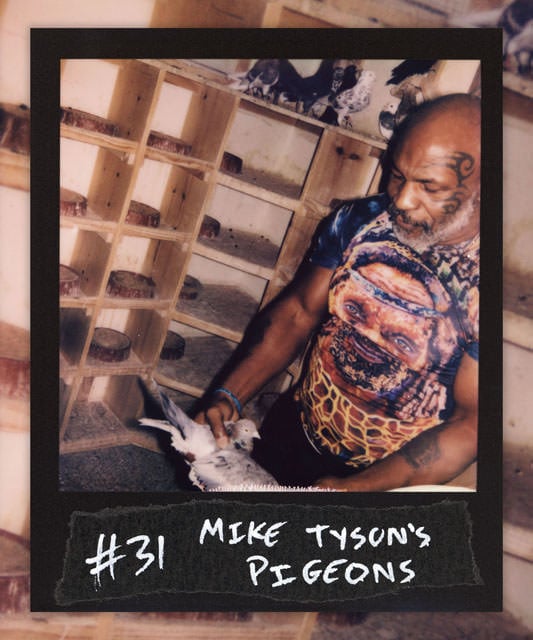 A classic example of how an interesting subject does not always make the image interesting.

The framing is off because half the picture has nothing to see – either frame Mike Tyson more and bring out the emotion or show the setting. 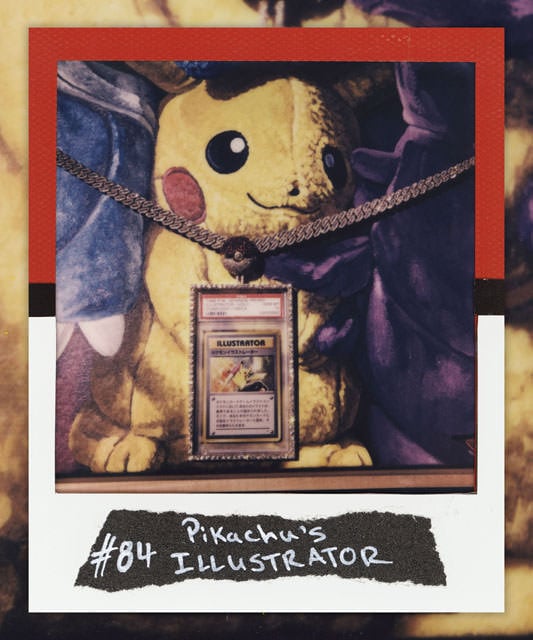 Well, I like this one because of my personal connection as a National Champion of the Pokemon Card Game! It shows a cool moment and is an interesting subject. The Pokemon card pictured is the world’s most expensive card, the one-of-a-kind, perfect holographic Pikachu ‘Illustrator’ card from 1998, for which Paul paid $5.275 million.

It needs a bit of work compositionally – the slanted horizon doesn’t add to the image and could have been fixed. 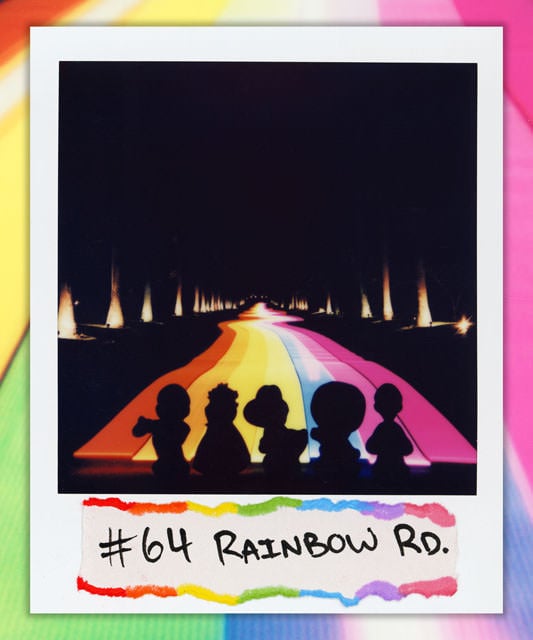 Like the Mario Kart rainbow road, this photo would have been difficult to get because of the lighting.

Needs some work to fill in the negative space and create more of a story. 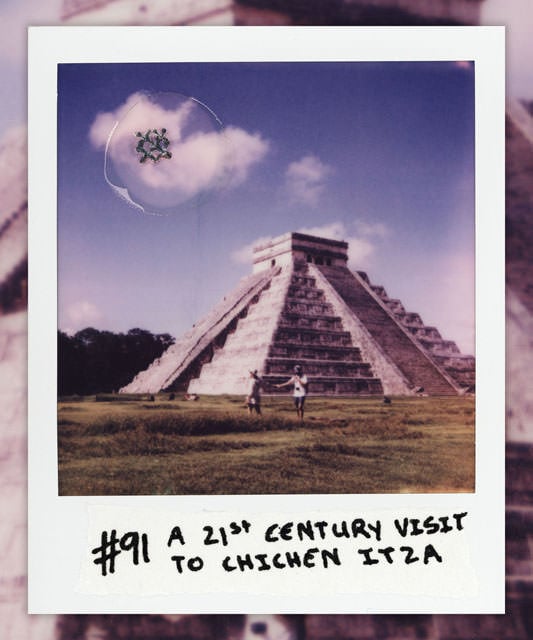 Logan describes this as documenting “one of the most basic Instagram photos ever” – a guy taking a picture of his girlfriend in front of a famous landmark.

The framing could use some work and there is too much emphasis on landmarks that everyone takes pictures of.

Logan recently took up photography and overall he has done a great job with it 99 originals. They have a special meaning to Logan and his followers and make for a cool NFT project, especially compared to other NFTs that have gained popularity.

While some images are excellent, many of them could use some more work from an artistic perspective. He struggles at times with both composition and storytelling.

So – the big question remains: are Logan Paul’s photos worth tens of thousands of dollars each and millions of dollars combined?

I’d say no, but that doesn’t mean there’s no value. Logan Paul’s 99 originals offer some cool NFT perks that add value. For example, you can choose the color of his robe and shorts for his next match or even lead him to the ring!

The NFT space is interesting. While I don’t feel that Logan Paul’s photography is worth much in terms of its artistic value, he is doing something innovative and creative.

In general, I would not recommend creating NFTs from your photography unless you are already an established artist and can offer additional perks.

About the author: Martin Kaninsky is a photographer, reviewer and YouTuber based in Prague, Czech Republic. The opinions expressed in this article are solely those of the author. Kaninsky runs the About Photography channel. You can find more of his work on his website, Instagram and YouTube channel.