His Highness Sheikh Ammar bin Humaid Al Nuaimi, Crown Prince of Ajman, praised the Humaid bin Rashid Al Nuaimi Center’s efforts to serve the noble Quran and the care and service that the UAE provides to the Book of God, the Almighty, through the various Quran projects the various emirates of the country.

His Highness emphasized that the United Arab Emirates is a country committed to its identity and Islam and urges its children to adhere to the principles of the true religion through the moderate approach and tolerance of the true religion, pointing to Ajmans role. Holy Quran Award in its 15th session for this year in caring for the people of the country in remembering the Book of God, and distinguishing levels and achievements The skill presented by the participants in the award this year until the UAE became a model of moderation center of admiration and a edifice of tolerant moderate Islam, the values ​​and concepts of which we are brought up and of which we are proud.

This happened during the closing ceremony of the fifteenth session of the Ajman Holy Quran Award, which His Highness witnessed.

The ceremony began by playing music with the national anthem, then reading fragrant verses from the Holy Quran, followed by the reciter Mohammed Abdullah Al Hammadi, after which Tariq Abdullah Al-Awadi, director general of the Humaid Bin Rashid Al Nuaimi Charitable Foundation, delivered a speech in which he bid His Highness, the Crown Prince of Ajman, the sponsor of the ceremony and those present welcomed.

And he said, “It is by the grace of God that we are gathered this evening to honor the people of the Qur’an, and this is from the success of God Almighty; where he helps whom he will among his servants to care for the noble Qur’an, serve. its sciences and honor its memorial teachers. “

Tariq Al-Awadi explained that the center has completed ten years since its inception and was determined to achieve the ambitious vision of His Highness, the ruler of Ajman, for the Humaid bin Rashid Al Nuaimi Center for the Service of the Holy Quran to be a global beacon to serve the Qur’an in terms of the diversity of projects, their excellence and the quality of their implementation.

Hussain Mohammed Al Hammadi, Executive Director of the Humaid Bin Rashid Al Nuaimi Center for the Service of the Holy Quran, stressed that the protection of His Highness Ajman’s ruler for the award and the participation and follow-up of His Highness Sheikh Ammar bin Humaid Al Nuaimi, for the closing ceremony, represented the greatest honor for the participants and the participants in the prize, which constitutes a great incentive for the prize organizing committees.

He pointed to the role of the Ajman Holy Quran Award and its dissemination at the state level, where 1,730 participants from 40 different nationalities competed in 4 competitions covering eighteen branches.

At the conclusion of the ceremony, His Highness Sheikh Ammar bin Humaid Al Nuaimi, Crown Prince of Ajman, honored 30 students who memorized the books of God from the winners of all prize competitions Rashid bin Hamdan Al Nuaimi for first place.

His Highness also honored scholars, sheiks, university professors, teachers, jury members, sponsors of the award, the supporting institutions and community partners of the Humaid Bin Rashid Al Nuaimi Center for the Service of the Holy Quran.

His Highness received a souvenir from the Humaid bin Rashid Al Nuaimi Center for the Service of the Holy Quran.

The closing ceremony of the award was attended by Sheikh Ahmed bin Humaid Al Nuaimi, representative of Ajman’s ruler of financial and administrative affairs, Sheikh Abdulaziz bin Humaid Al Nuaimi, chair of the tourism development department, Sheikh Rashid bin Humaid Al Nuaimi, head of the municipal department, planning and planning bin Maktoum bin Rashid Al Maktoum, and a large crowd of sheikhs Senior officials, directors of government departments, federal and local, representatives of the sponsoring and supporting companies for the award, community partners for the award, those interested in the Holy Quran memorization sector in the country and a number parents, as well as students who won prize competitions and their parents. 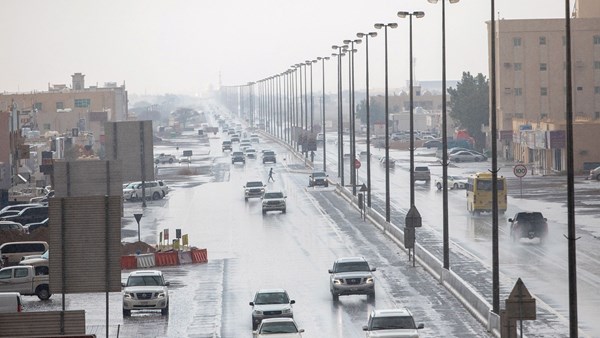