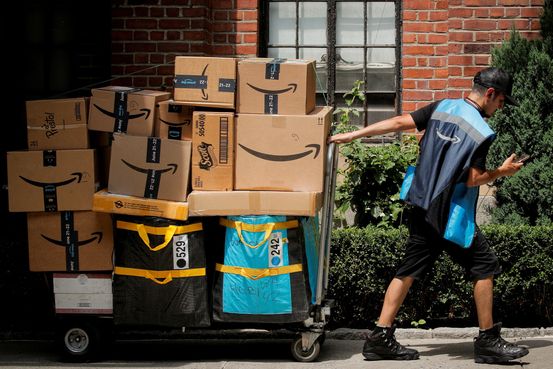 has added another Prime Day-like event to its annual sales calendar.

The retail giant on Monday said its 48-hour “Prime Early Access Sale” will take place Oct. 11-12 for members of its Prime subscription program. The two-day event continues a recent trend of Amazon holding sales events over multiple days to maximize its revenue.

A personal, guided tour to the best scoops and stories every day in The Wall Street Journal.

Deals from the October sale will be available in 15 countries, including the US and the UK, as well as China, France and much of Europe.

The event is meant to mark the start of the holiday shopping season at Amazon. As part of the deals event, Amazon will introduce a new Top 100 list of some of the season’s most popular products.

The list will be released on Oct. 11. Items will go on sale as of midnight Pacific Time, the company said.

The Seattle-based company indicated its plans to add a second Prime Day this summer when it notified some sellers of a fall event and asked them to submit deals.

The October sale could help Amazon boost revenue in the fourth quarter, its most important period of the year, as high national inflation continues.

The second Prime event also signals that Amazon is looking to expand upon the success of Prime Day, which it has held since 2015 and typically generates billions of dollars in revenue for the company.

Amazon has previously held a fourth-quarter Prime Day. In 2020, it moved Prime Day from the summer to the fourth quarter after the early days of the pandemic caused an overwhelming amount of orders on its site, prompting the company to reschedule.

That year, research firm Insider Intelligence estimated Amazon made about $6 billion from the event, adding to the company’s $125.5 billion in sales for the fourth quarter. Analysts at FactSet project Amazon’s fourth-quarter revenue this year will top $156 billion.

In August, Amazon told third-party sellers using its shipping services that it would introduce a “holiday peak fulfillment fee” from Oct. 15 to Jan. 14. The new fee is expected to increase costs for sellers in the US and Canada by an average of 35 cents per item sold, according to an email sent to sellers viewed by The Wall Street Journal.