ALEX Scott broke down in tears as she recalled to Steve Bartlett how her abusive father wouldn’t let her hug her mother after a beating.

The former Arsenal and England star, 37, opened up about her childhood when she spoke to the Dragon’s Den star ahead of the release of her brand new memoir, How (Not) to Be Strong.

Alex’s voice was strained and she fought back tears as she talked about how her father would be abusive to her mother.

She then recalled the “hardest night”.

Alex told Steve in a video posted on his YouTube channel: “I’m in a room listening to everything and just hoping she’s alive.

“I heard everything, I heard her trying to run. 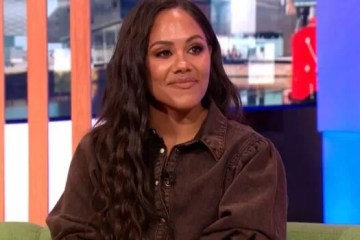 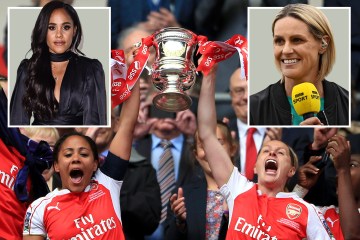 “But she doesn’t know what me and my brother are doing or feeling.

“That was the hardest night that one.”

She says the house was just quiet the next morning and she wasn’t even allowed to talk to, let alone hug, her mother.

“I suppose that’s why a word like control is easy to say—until you break it down and understand that it’s control.

“I’m not even allowed to show love or hug or really talk.”

Steve asked why she couldn’t hug her mom, and Alex said her dad said she couldn’t—and there would be consequences.

It was the home life that drove Alex to football, as she says it was a “safe space”.

When Steve asked what the consequence would be, she said: “What my mum would go through, the terror, the helplessness that you can’t do anything, just live in fear.

“You live in fear every single moment.

“That’s why the football cage becomes your escape, for me.”

I’m not even allowed to show love, hug or really talk.

Alex tells all in her book, but admitted it was one of the first times she had really opened up about her life.

She told Steve: “It’s hard for me to talk about because I guess I’ve been hiding it all this time.”

Alex added: “But because of everything I’ve been through, I’m the person I am now.

Alex has opened up about many unknown parts of her life this week, including when she was racially abused and trolled online.

She also fought back tears on The One Show as she recalled hitting rock bottom during a drinking bout.

Alex also opened up about her love life and how she had been in a secret relationship with fellow Lioness star Kelly Smith – and a disastrous date she went on with Coronation Street’s Sam Robertson.

How you can get help

Women’s Aid has this advice for victims and their families:

If you are a victim of domestic abuse, the SupportLine is open Tuesday, Wednesday and Thursday from 6pm to 8pm on 01708 765200. The charity’s email support is open weekdays and weekends during the crisis – messageinfo@supportline.org.uk.