FUNKOYA, Sierra Leone – Augustine Alpha begins gently. “Who lives in this home?” he asks the young man who has come in from the fields to answer his questions.

Your name? Age? Religion? Marital status? In what class did you leave school? Do you own a bike? Sir. Alpha pushes the young man’s answer into the laptop sitting on his thin knee.

Then comes the key question: “Did anyone in your home die within the last two years?”

Sir. Alpha expresses his sympathy, asks him her name – it was Mabinti Kamara – then throws herself in: Was she sick? How long? Fever? Rising and falling, or stable? Vomiting? Diarrhea? Tremors? Did she see a doctor? Get medicine? Are you in pain? Where was the pain and how long did it last?

Mrs. Kamara’s son is reluctant at first, but is soon caught up in telling the story of the last few weeks of his mother’s life, describing the fruitless trips to the local clinic. Mr. Alpha pushes away until all the details have been entered into the software for a public health survey called Countrywide Mortality Surveillance for Action or COMSA. Then he shuts down his laptop, puts a sticker on the wooden shutter on the windshield that marks the Kamara house as examined, repeats his condolences, and moves on to the next home.

In this way, over the course of a few days, Mr Alpha and three colleagues will gather the details of each death that has taken place in the village of Funkoya since 2020, using a process called an electronic verbal autopsy. The data they collect goes to the project’s headquarters at Njala University, in the town of Bo, a few hundred kilometers to the east. A physician reviews the symptoms and description and classifies each death according to its cause.

It is an extraordinarily laborious way to determine who died and how, but it is necessary here because only a quarter of deaths in Sierra Leone are reported to a national vital statistics registry and none of the deaths have an assigned cause. Life expectancy here is only 54 years, and the vast majority of people die from preventable or treatable causes. But because there are no data on citizen deaths, the Sierra Leone government plans its programs and health budget based on models and projections that are ultimately only the best guesses.

There are a number of different reasons why families do not report the deaths of people like Mrs Kamara to a national registry, none of them complicated. The registry office can be far away and they can not afford the transportation costs, or find time to go there or pay the nominal fee for the death certificate. It may be that they have never even heard of practice; the state has very little presence in their lives. The dead are buried behind their homes or in small village plots, as Mrs. Kamara was; the local chief could then make a note in a ledger whose contents never travel out of the village. Sierra Leone’s hospitals also do not automatically share their death reports.

Sierra Leone is not an anomaly. Vital statistics collection in all developing countries is weak. While progress has been made in recent years in birth registration (which is increasingly linked to access to education and social benefits), almost half of the people who die around the world each year do not receive their death registration. .

“There is no incentive in death registration,” said Prabhat Jha, director of the Center for Global Health Research in Toronto. He pioneered this kind of effort to count the dead two decades ago in India; do it now in Sierra Leone, one of the world’s poorest countries, has shown that the model will work anywhere, and has helped strengthen a government that is eager to anchor its policies in evidence and hard facts.

The topic of vital static registration is not glamorous, but it is crucial to understanding public health and socio-economic inequality. Covid-19 has created new awareness on the subject. The debate over how many people have died of coronavirus and who they were has become political, and in countries like India, lower death rates have served the agenda of national governments in hopes of downplaying the role of failed pandemic policies.

It means something that we not only know how many people died, but who they were and when they died, said Stephen MacFeely, director of data and analysis for the World Health Organization. “When we get out of the eye of the storm, it’s when you talk about learning lessons.”

For example, there is heated debate among epidemiologists about whether Africans are dying of Covid-19 at the same rate as humans elsewhere in the world, and if they are not, about what can protect them.

When countries do not know who died or how, it complicates efforts to reduce preventable deaths. The Government of Sierra Leone allocates its budget, as many developing countries do, based in part on models provided by UNICEF, WHO, the World Bank and other multilateral agencies, which project the number of people killed each year by malaria, typhus, car accidents, cancer , AIDS and childbirth. These models are built on global estimates and draw on dozens of studies and individual research projects that can do a reasonably good job of estimating the bigger picture, but are sometimes far less accurate at the national level. As Dr. Jha explains it, malaria data that came from Tanzania or Malawi will not necessarily be accurate for Sierra Leone even though all three countries are in Africa.

“You want countries to make decisions based on their own data, not rely on a university in North America or even the WHO’s Geneva office,” he said.

The information gathered through this careful door-to-door work has shown that the models can be drastically incorrect. “When you count the dead, you just get information that you did not expect,” said Dr. Jha.

The first COMSA survey looked at households with 343,000 people in 2018 and 2019, of which 8,374 died. The verbal autopsies produced discoveries that were so surprising that Dr. Rashid Ansumana, a co-principal investigator for the project, refused to believe them for several months until the revelations had been checked and re-checked in a variety of ways.

“I was convinced with the facts and evidence,” said Dr. Ansumana, Dean of the College of Community Health at Njala University. “And now I can convince anyone: The data is amazing.”

The first big surprise involved malaria. The research showed that it was the biggest killer of adults in Sierra Leone. Dr. Ansumana said he was taught in medical school that malaria killed children under the age of 5, but people who survived childhood had an immunity that prevented repeated malaria infections from taking their lives.

Virtually everyone who works in health care in Sierra Leone believed in it, he said. In fact, the plotted data showed that malaria deaths formed a U-shaped curve with very high numbers among young children and lower for young adults; the numbers then rose again in people over 45 years of age.

The second shock was regarding maternal mortality. The study found that 510 out of every 100,000 women die during childbirth – a staggeringly high rate, but still only half of what UN agencies reported for Sierra Leone. The finding was a relief to the government, said Dr. Ansumana, because it showed that resources were spent on making childbirth safer for women and babies, gave paw.

Now another round of the national study is underway, which among other things seeks to shed light on the health impact of Covid-19.

To secure this kind of data without having to go door-to-door, Sierra Leone is working on reforms of its civil registration and is one of many countries trying to figure out how to ensure that more deaths are counted.

Many of these fixes are straightforward and do not cost much, said Jennifer Ellis, who runs a program called Data for Health, run by Bloomberg Philanthropies, which aims to increase the collection of health data in low- and middle-income countries.

It starts with revising an existing death certificate to gather useful information about who died and why, and training physicians to be aware of why a specific cause of death is important (for example, why it matters whether a death is logged as “pancreatic cancer” as opposed to “stomach pain”).

“You have to change how data flows,” she said, because they can be collected by a national Home Office and not shared with a health ministry. Data needs to be digitized so that it does not just sit and mold in ledgers. It should be easy for people to go somewhere to register a death and for free.

Another step is the routine collection of verbal autopsies for anyone who dies outside of a health care system. This involves identifying and training people at the local level, such as midwives or community health workers and others who can provide basic primary care in low-income countries, to try to gather information on each death.

Digitization is expensive, said Dr. Ellis, but the other steps cost very little. Fewer than 5 percent of deaths in Zambia included a recorded cause when Data for Health joined the government there in 2015; by 2020, that number had risen to 34 percent. Peru introduced a digitized cause of death reporting system that now makes death information available in real time; because it had solid and readily available data, it reported some of the highest Covid death rates in Latin America.

Information captured by new death registration systems has quickly been translated into health policies. When an improved collection of causes of death revealed that traffic accidents were among the leading causes of death in Colombia, its government quickly stepped in to introduce safety protection in the worst-hit areas. In India, the recorded number of people who died from snake bites exceeded the WHO estimates for the whole world; antivenom was made available at several primary care centers in severely affected areas.

But while many countries are eager to turn what they learn from death statistics into politics, others are hesitant. “I’m not sure all governments really understand the power of data – and let’s be honest, many governments probably do not want to measure it either,” he said. MacFeely from WHO. Some view higher numbers of Covid deaths as an accusation against their pandemic reactions, he said.

Still, he said, WHO urges countries to process vital statistics as they do other forms of infrastructure, such as gas systems or electrical networks.

“This is part of the management of a modern country,” he said. 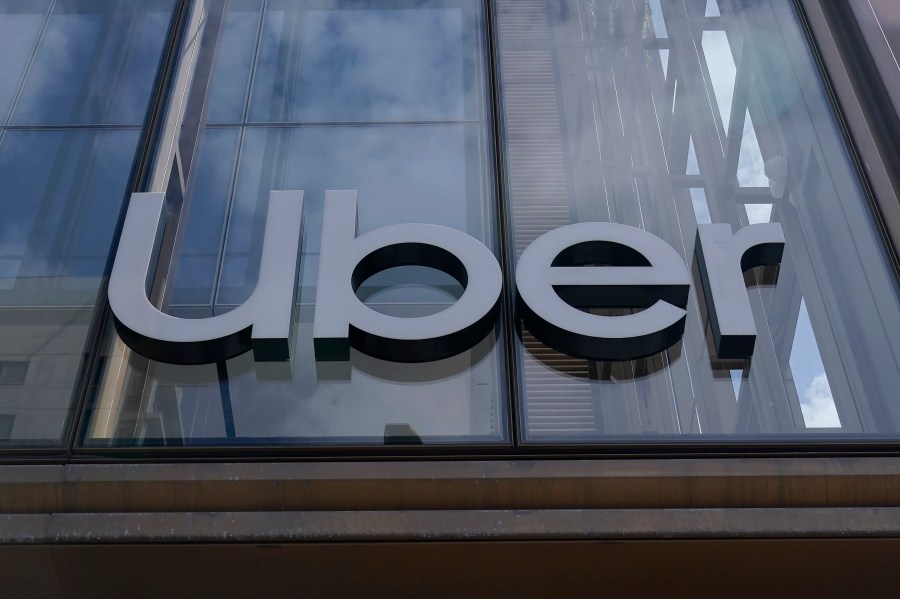 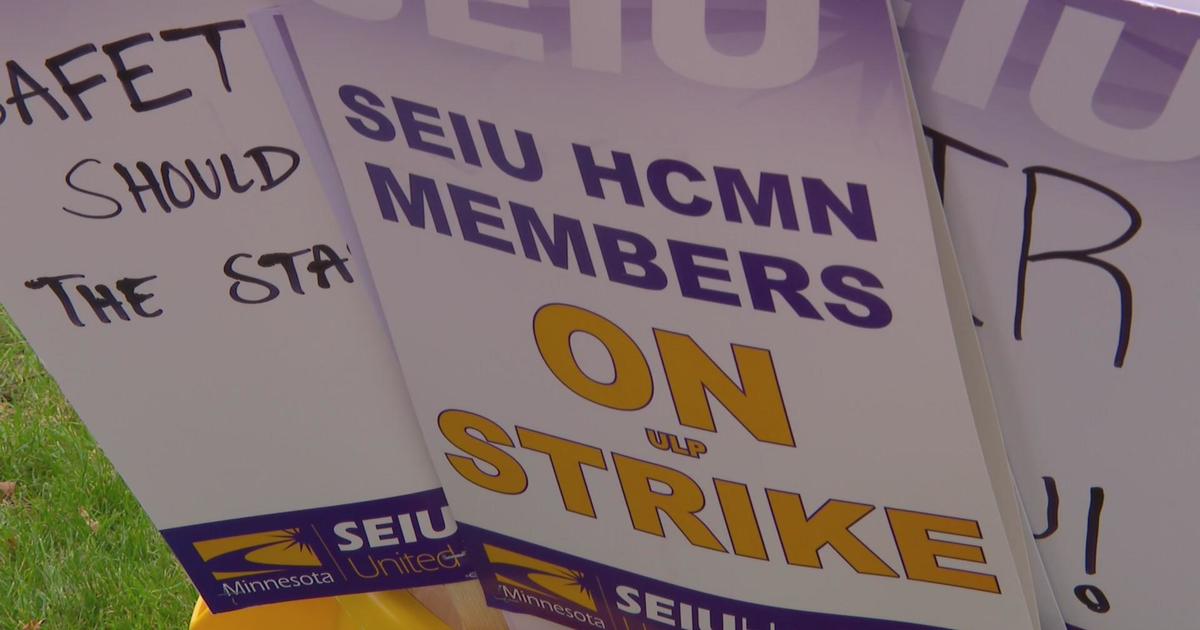